Don’t you have some chrismas-markets to go outside in the cold?

We love these x-mas market meetings.

Yeah, better a try, than nothing.

I have one contact at Microsoft that I can try. I’ve never had much luck with finding the right person to talk to, but it doesn’t hurt to try again.

Today I see no problems anymore with the graphics in Rhino 6 Beta and 5 64-bit. I don’t know, what’s going on here. Hm?!? So, no need to contact you neighbours at the moment.

it was not the external monitor. I’ve played with the driver settings, and found that switching off antialising fixes the problem. 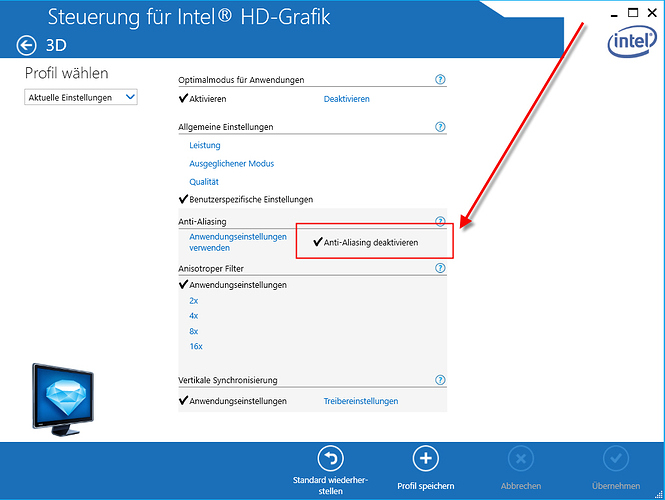 I still have problems with this hardware. I have found this note to set the Intel video driver memory:
https://communities.intel.com/thread/85267

Rhino says “Video memory total: 2 GB”. This sounds a little bit much for a machine with 4 GB RAM in total.

Can I reduced this memory size in Rhino?

What problems are you having? If you are looking to reduce video memory, I would assume the current problems are not video related.

I don’t know why, and still guessing.

Is Rhino 5 64 bit also freezing? If that is so, then the 64bit display drivers are still being difficult. @jeff, do you have advice on reinstalling drivers?

Then this really looks like the 64 bit display driver is at fault. Rhino 5 and Rhino 6 are basically two 64 bit applications that use OpenGL in completely different ways.

I had this same problem on my 4-year old Asus laptop that used the Intel 4000 video drivers. The problem disappeared when I manually updated the video driver from the Intel website.

When it finishes, at this point you may need to reboot your computer… once rebooted, follow these steps: 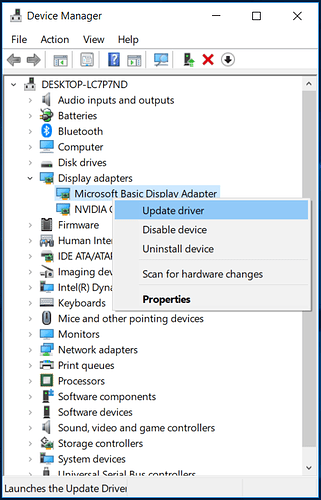 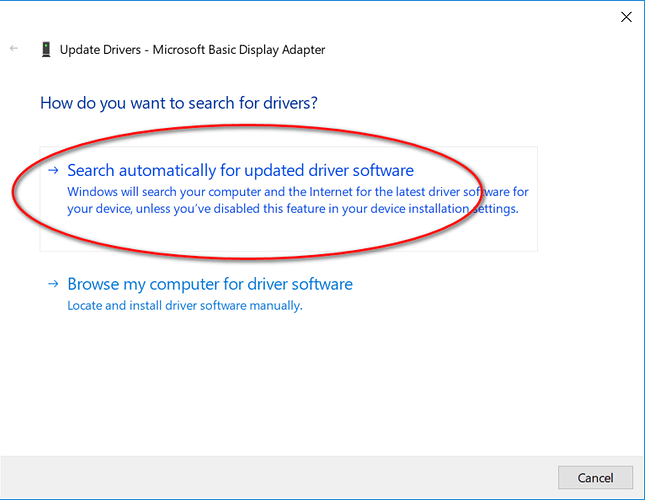 You should then see the following series of screens: 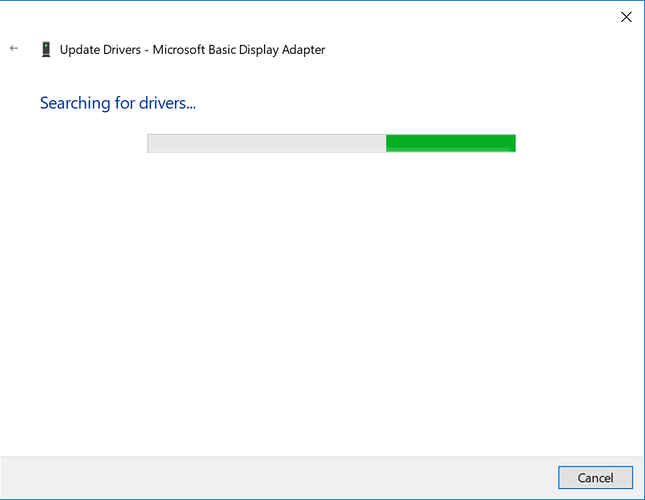 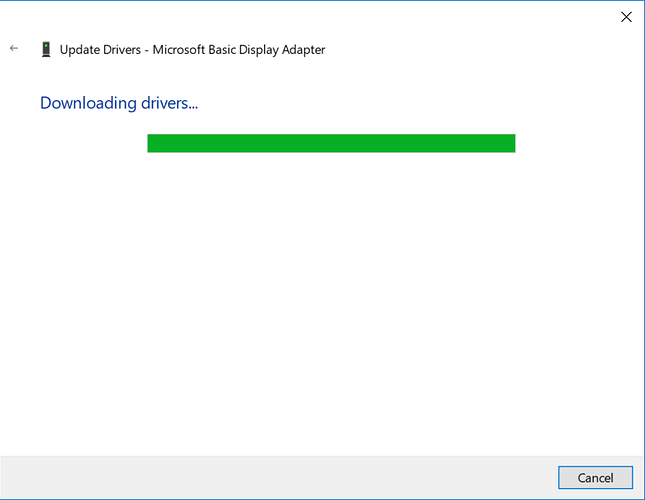 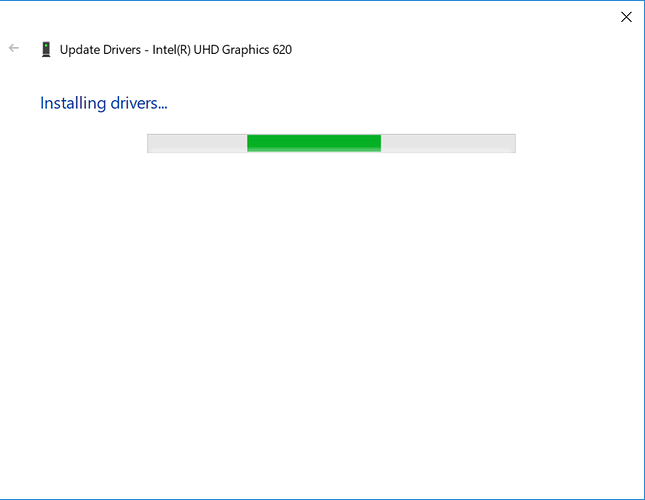 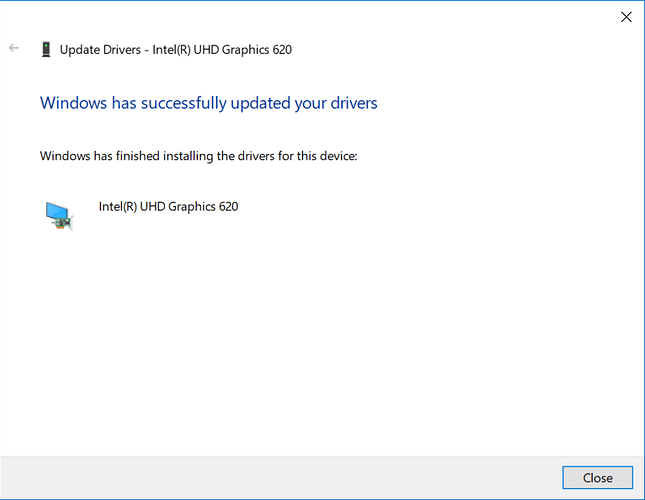 Note: Your screen will probably flash and pop, and turn black…but should eventually return back to you…

Also, even if Windows doesn’t suggest you reboot, I would reboot again anyways, once the process completes.

If that still doesn’t solve the problem, you might try what Birk said, and install the drivers manually from Intel’s site.

thank you for all your details. I now have deinstalled the driver completely, installed it again with the windows device-manager, and at the end installed the latest driver build 10.18.10.4885 (12-11-2017) again.

Now Rhino 6 works again, I hope this will stay.

Thank you as always and a happy sunday

10 minutes later, after 3 restarts, Rhino 6 runs again. I hate driver gambling. Now I pray for a stable system and set

for a good feeling, oh man.

nothing helps, Rhino 6 hangs again. Deleted the HKEY… thing, completely reinstalled Rhino 6, nothing helps. Now I spell my “Apple Macbook” curse, and throw this machine out of the window. I wish you a good flight.

That sucks. I wouldn’t typically make this recommendation, but you may have better luck with Windows 7. This definitely sounds like a driver problem and if both V5 and V6 are misbehaving, then there is little we can do to improve the situation.

As a parallel Win and Mac user I can confirm that Macs are good for Outlook only. Forget Apple products if you need computing power.

Now I spell my “Apple Macbook” curse, and throw this machine out of the window.

I’m not bending down.
But the same problem comes up with the current tablet PCs…

But the same problem comes up with the current tablet PCs…

I’m not sure this is the same problem. Michael is seeing both Rhino 5 and Rhino 6 misbehaving on this laptop.