Would anyone know how to make something similar to this using grasshopper? I tried manually modelling but it just isn’t working out how I would like it. I’m new to GH and I found a similar thread on creating a ripple effect.

How to add decay to self interfering ripples !

Hey guys, I've created some self interfering ripples (image1) and am trying to add a DECAY function to the ripples to control the interference pattern and not… 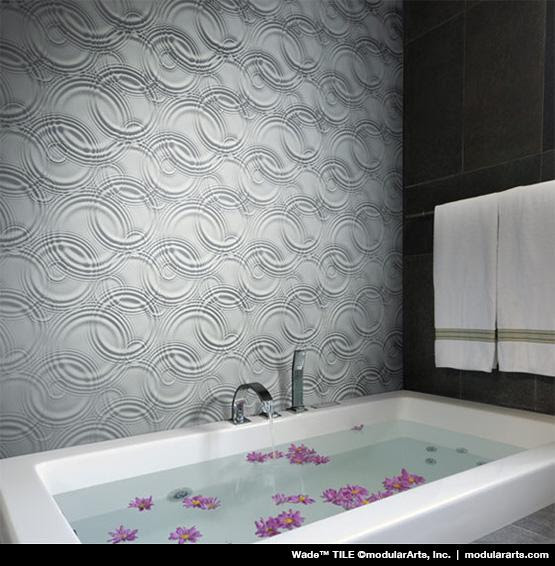 I hope that the old thread have enough information and example Gh file for your case.

A few more threads on the subject:

I haven’t touched Grasshopper in a long time… Did you find that code in this thread? https://www.grasshopper3d.com/forum/topics/how-to-add-decay-to-self-interfering-ripples (ripples_2017Aug24a.gh) It wasn’t designed well for additional points, due to the individual damping factor for each point. Fixed in attached version (R5), yellow group: ripples_2019Jun03a.gh (35.5 KB) [ripples_2019Jun03a] [ripples_2019Jun03b] 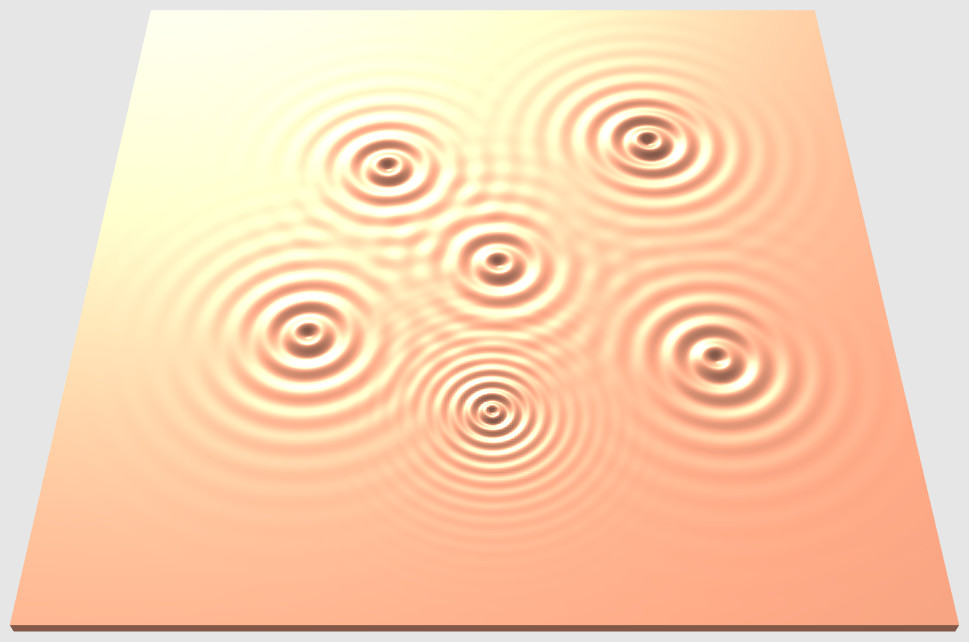 Hello all, I am trying to work something up based on some of the scripts in this forum post: attractor-curve-move-xy-double-geometry Below is an example of what I’m trying to accomplish: [Surface ripple] The script posted by Joseph_Oster does a great job of introducing ‘ripples’ (for want of a better word) into the surface whilst being able to control the range of its effect, its displacement amplitude etc. I was wondering if someone could give me some pointers on how to modify this in or…

I’ve done many of these using decay along edges. Basically, measure distance to nearest edge and if it’s less than a certain value, reduce the vertical movement of points the closer they are to the edge. A quick search returns these though there are many more to be found: [image] These below use a different method than fading near edges though, as suggested here: [ripples_2017Aug23b3] [image] …

My biggest issue is that I want to get rid of the inner rings and not sure how I could do that. Otherwise I think I’m getting closer.

Thanks for quick replies I’ll post if I figure out how to remove or filter the inner ripples.

My biggest issue is that I want to get rid of the inner rings and not sure how I could do that.

I’m not inclined to revisit this topic in depth but a quick scan of some of the code I referred to tells me you’ll be better off skipping the earlier work that depends on Graph Mapper and start with this post that uses an alternative way of generating a damped sine wave from David Rutten: 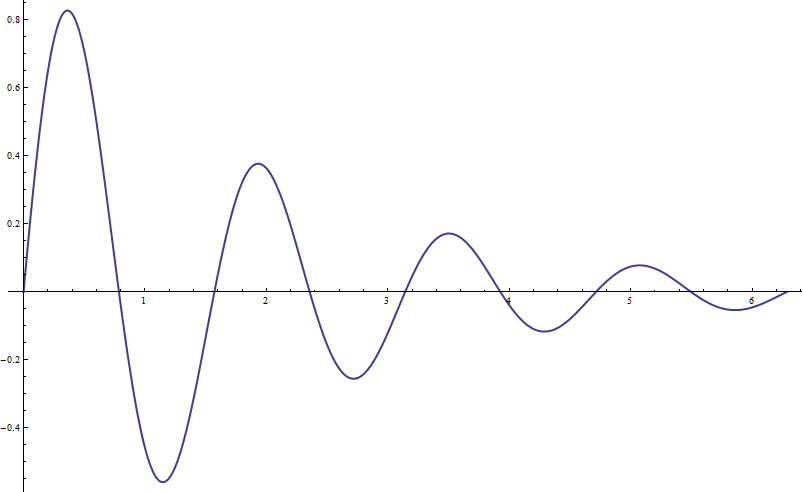 Hello everyone, Im currently in need of creating a Damped Sine Wave. I really have no idea how to achieve it. I ve been looking around these forums but none o…

This post (below) and others that follow it don’t use Graph Mapper so offer the potential of more flexible control but I confess, they aren’t easy to understand:

I’ve played with Image Sampler to get a boat wake surface, with good success, though can’t find it on the forum at the moment. I said it couldn’t be done using Graph Mapper. It can be done. I modified code from @DavidRutten found here: https://www.grasshopper3d.com/forum/topics/damped-sine-wave-formula First to get this simple demo: damped_sine_crv_2019Jun05a.gh (5.5 KB) Then adapted it to code posted here, with other changes including: Scale appropriate for unit inches. Fixed the way th…

Beginning in ripples_2019Jun06a.gh and ripples_2019Jun06b.gh, a switch between “Config” (cyan group) and “Scale” (yellow group) is offered with a ten second (!) Data Dam that delays putting into effect any parameter changes. That can be confusing.

Some of the later posts in that thread (June 7 and after) mention extremely long elapsed times for high resolution models, which is probably the reason for the Data Dam.

The thread gets into the weeds offering a “Ripple Preview” feature and ripple patterns that span multiple panels, along with other refinements. I’d have to dig in deep to understand it myself at this point. 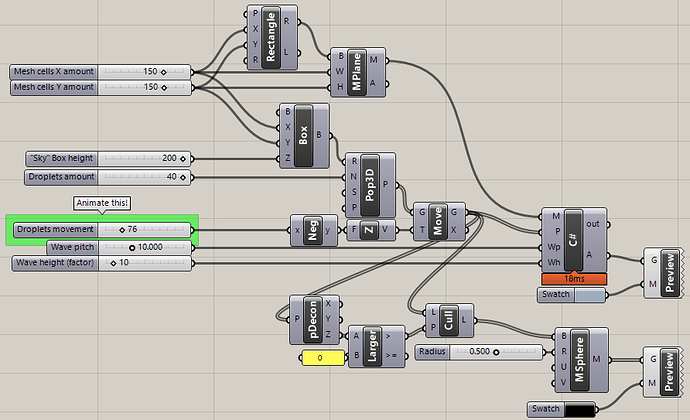 Here a small “simulator” using points as droplets.
Droplet fall speed is equal to wave propagation speed, so when a droplet is below Z=0 it is projected to XY plane and its Z value used as radius of the wave.

Waves keeps a constant volume (conservation of energy… ? maybe not…)

Used a c# script for most of the work, used Parallel.For for increased speed using multithreading.
Managing big lists of values is slow on grasshopper, doing everything inside a c# script let the simulation works realtime even with big meshes and high droplets count.

Oh WOW!!! But nothing happens when I open the file? I see only a static image?

I did use the right-click > animate on the green slider…

You can use a timer+counter to do the same thing… more or less.

I did use the right-click > animate on the green slider…

That’s brilliant, thanks for sharing.
It looks like each drop sends one ring / wave out from the point that it hits the surface.
In reality, each drop would send a decaying oscillation outwards from each point. Is there an easy tweak to the script to do this?

You want to edit here:

That part is when the distance (d, from vertex to droplet) is begin used. t[j] is the “time” since droplet hit.

You can edit that formula.
Keep the "m += " part, and put whatever. (it’s needed to sum the effects of every droplets)

I can do it for you but i don’t know a function . I’ve found some but i didn’t like them.
Anyway, if you find a formula using d and t[j] i can fix that…

Really cool to see thanks.

Not sure if this is using d and t…

This approach reminds me of a shock wave propagating as a cone.

But this don’t seems a “ripple/raindrop” … more like the visualization of a constant audio tone/sound.

For a ripple/raindrop i imagine variables like, for each droplet:

more like the visualization of a constant audio tone/sound

Yes, this looks like a reversion to the models I posted in June, 2019.

Of the additional parameters you mentioned, I think time elapsed is the most important. I imagine it to be a kind of damped oscillation at the center point, in addition to the “half-life” damping factor at a distance in @DavidRutten’s equation from 2016:

Hello everyone, Im currently in need of creating a Damped Sine Wave. I really have no idea how to achieve it. I ve been looking around these forums but none o…

P.S. It’s not as simple as this but maybe something similar?

I said I wasn’t inclined to revisit this topic… But visualizing ripples have been a fascination of mine for more than 40 years(!), going back to using character sets to represent “pixel” density.

Looking again at ripples_2019Jun07b.gh from June, 2019, I’m really impressed with some of the features in this model, especially “caliper” (purple blob group) and “Ripple Preview” (yellow group):

I added the “EXPERIMENTAL” ‘time’ slider (blue group), which is nonsense but interesting? No other changes. Resolution (white group) is low for better response time but can be increased.

Nowhere near as cool as @maje90’s animation though!

I’m on R5 so can’t open the file. Don’t worry, I will just comment from the sidelines on this one.

I agree it looks more like a visualisation of a constant sound. Perhaps that is because the decay is not significant enough?

I agree that the parameters you suggest are probably what are needed.

Yes, this looks like a reversion to the models I posted in June, 2019.

Yes, this came from a definition that David Rutten posted and I believe you contributed to that discussion too. I can’t find the original link.