Is there a mapping between Surface and UV mapping? seems to refer to my UV Map distortion on my figure, however, I don’t understand why the map has distortion - any ideas? 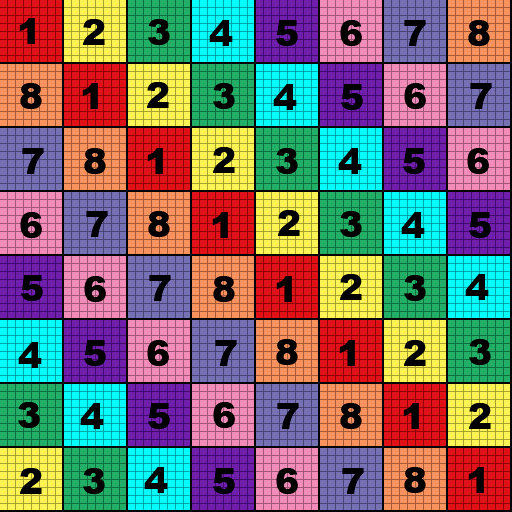 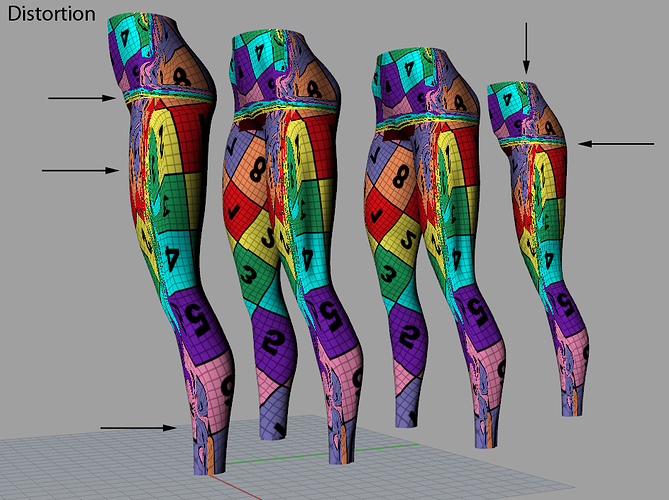 I afraid your problem is caused by welded seams/edges …

It remember me on an old problem. So far I understand there are different ways to handle meshes and the Rhino system is quite limited. Some years before Michael from MoI3D explained it at post no 3 of this thread: http://moi3d.com/forum/messages.php?webtag=MOI&msg=2453.1 I don’t know so much about this topic but maybe the old thread helps someone to find a way to change the handling of mesh data at Rhino. The old thread is about shading normals at welded edges, but I think it’s the same probl…

If I remember me right is caused by connected mesh edges are sharing the same UV coordinates. Here a simple example. I would be glad to see a solution too.

(oh) That’s terrible! Sounds like that leaves me two options: either build the model in 3dCoat and then use the UV Mapping (and Retopo Room) to complete synching-up the seams - or use Rhino and pray that Unfold 3d or Headus will accommodate the Rhino OBJ well enough to fix-a-flat and unwrap it with the seams lined-up. Either way, the ‘free’ Grasshopper has somehow, like a parasite, taken over the host (Rhino) and left the UV Map Tool box on the stage out of town. Seems like with the loss of TSplines, weak UV Mapping the hybrid Rhino nodes littering the Grasshopper landscape - this Rhino may soon join the endangered species list. Suddenly a Rhino has emerged from the Savannah with Grasshopper legs!~

Unfold3D or Headus should help.

Did you something with the mesh that caused the distortions? Like you can see at my screenshot, Rhino could handle the UV if the mesh isn’t processed in Rhino. Also, if you have an original mesh without distortion you could try to transfer the UV from the original mesh to the edited mesh per custom mapping.

Micha, remember ‘fractionalist’ from the good old days about 20 years ago? I was the troublemaker trying to make knots? The whole forum was in a knot! Well, I’m back! I see you’re still slogging along in Rhino? What other addictive software are you using? Unwrap 3d? 3dCoat? Marmoset? Moi3d? I’m thinking my work is better suited for organic modeling in 3dCoat, and frankly I prefer Marmoset to KeyShot, and Knald for texture maps. I’m living in China now - been here 5yrs trying to make a model for leggings design. the cellphone market is saturated. Yea, so you mean PROCESSED in the sense that as long as I save the 3dm file as a 3dm its fine? My goal is to save the torso from the hips down to the ankle as ONE PIECE or split it at the crotch vertically - into ONE LEG with half the upper (Buttox) torso to the belt line - and make it one piece with either CURVE NETWORK or LOFT… I suppose, and make it UV SMOOTH and make it UNFOLD for pattern cutting.
That’s the TASK. Apparently 3dCoat has wicked UV Mapping tools (Like zBrush and like TOPOGUN) however, I have 3dCoat and zBrush is 2x more expensive, and TopoGun hasn’t beeen upgraded for 5 YEARS, besides, they’ve never replied to an email. As far as HEADUS - the GUI makes me vomit - looks like 1997 style GUMMY BEAR buttons - Moi3d 3d was interesting,… for awhile, however Michael plays the godfather of the squeaky clean Moi Forum, and some of the best and brightest genius’s have been evicted for IMO bad politically correct behavior - on it, (NOT JUST ME) and, apparently even a genius has to refrain from being weird there. Stephen Hawking wouldn’t last 10 minutes on the Moi forum. Anyway - Good old Rhino seems to have been devoured by a carnivorous Grasshopper parasite - and I’m loathe to give up TSplines - so now at the ripe of age of 69 I’m dusting off my neurotransmitters, which are bathing happily in German Brew here, there are lots of Expat German in China complaining about the waves of Muslims that have ascended on Ms Merecat’s welcome mat - looking for a nice friendly Mosque and a good solid fashionable black powder, that is - mascara! Anyway - yeah, is Mr. Warmth still alive? Cheers…

Yes, I remember me on the name and something with knots …

I’m using Rhino and the Vray (v2) all days. For unfolding I use an old version of Unfold3D, MoI3D for meshing some times. My latest tool I discovered - Enscape for Rhino. Great VR and render tool for interiors/exteriors, my current favorite toy at Rhino.
Right, HEADUS GU is horrible, I use it seldom, but I help me to repair meshes and avoid the distortion error.

Processed means, if you edit the mesh some Rhino tools could force a welding or something like this.