Because discussions about Rhino’s UI are popping every once in a while and users tend to argue which panels and ideas are bad and which are a godsend, I decided to start this thread.

I am very curious about your ways to customize UI and I hope we can make a big gallery in this thread. I think that screenshots will make comparing and discussions about UI a little bit easier.

I’ll start with my pretty basic UI - which is not what I would like to have, but some docking restrictions limit my freedom of arrangement.

I like being straight forward in action - vertical panels work for me the best, wheel click with popup menu with nested tools and here actually very basic radial under cad mouse button. Besides command line with aliases which serves me the best and provides the quickest way in rapid modeling.

Btw. Since GH canvas cannot be docked i like to use PeakThrough app so i can see through GH window. 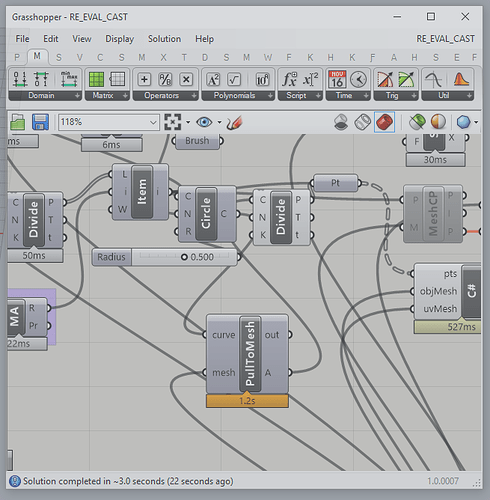 Here is my current layout.

Some custom viewports and properties is on its own, as I like to have it open all the time. With nothing selected its pretty useless, but as soon as you select something there is a lot of important buttons that appear there.

I’m also using RCP for Grasshopper which sadly looks even more outdated than anything else and doesn’t seem to have been improved since way before the version 0.98 beta times. It could be so powerful but needs some additions, like dropdown list support. Or why not just make it a whole “Grasshopper” panel. I always find it kind of strange that the massive and incredibly powerful world of Grasshopper is hidden behind a single icon or command in Rhino.

I usually change computers often, so cutomizing each time it’s just too much of a bother. Standard is perfect. I just import the aliases, keboard shortcuts, templates, display modes.

so cutomizing each time it’s just too much of a bother.

You can import and export toolbar layouts very easily. If you are importing aliases, keyboard shortcuts, templates and display modes, why not import the toolbar layout as well and set it up how you like it. There are of course much more important things then setting colors, but if I have to look at it for 8 hours a day, I happily spend 5 minutes once a year to set it how I like it.

Yes @seltzdesign you have a point,
But right now i see that there are bugs in the toolbar layout. Some never remember position.

All this stuff shoud be in the cloud anyways. And once you login you have everything as you want it to be.

Yeah absolutely. They keep showing up in old locations. After one update it just reset to default as well. All in all not a good process. Cloud sync would be great, but I don’t know any other software that has that to be fair to Rhino.

Thanks to the first contributors in this topic. It immediately got me thinking outside the box about my UI organization after I saw some of your UI ideas.

nk that screenshots will make comparing and discussions about

Is this dark grey window a Human UI sort of “toolbox” you made yourself?

image.png1846×1177 229 KB
Not shown is a MMB menu, a x-keys pad full of macros, and occasionally grasshopper on a second monitor.

Is there some trick to putting osnaps or selection filter in the top right corner? I used to have mine there, but every time I opened Rhino they got resized.

Very cool!
Lately, I started to play with Human UI mixed with Metahopper to make toolboxes for myself and enhance some of the Grasshopper tools.

Mine are getting resized too

I am waiting for the day they stop.

Is very nice and useful. I was trying to preserve my other software style colours and font. I wish my soft merge Rhino. So I started first using Grasshopper. I’m a car designer but programming is needed in a modern world.

The very best example of UI I use is Unity2019.3. Where you can drag and drop and use CSS for editing the UI.

Nice and clean!
Do you use a key to pop up the buttons?

Nope, it’s a physical pad of programmable buttons, when I find myself using a command a lot it eventually gets added. I have this model and I’m still just scratching the surface of the stuff it can do. Mine isn’t labeled nearly as nice though. 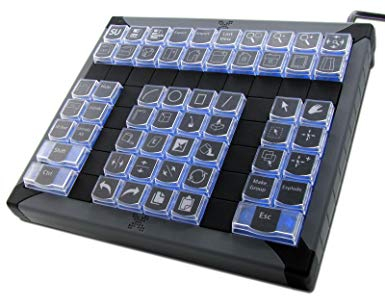 JAJAJA
I use an old out of production keyboard. Sometimes I confuse hitting a macro for programming and Rhino start executing functions non stop. Still, pads and programmable keyboard buttons are very useful. 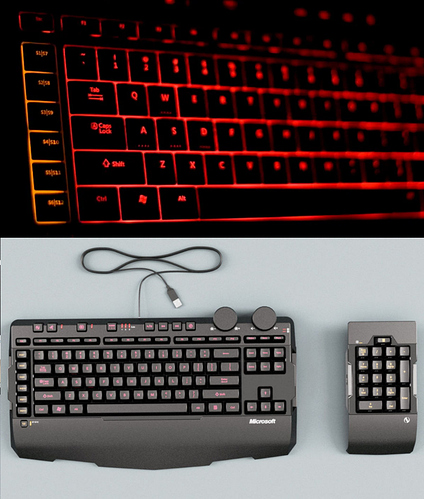 Best UI is no UI.