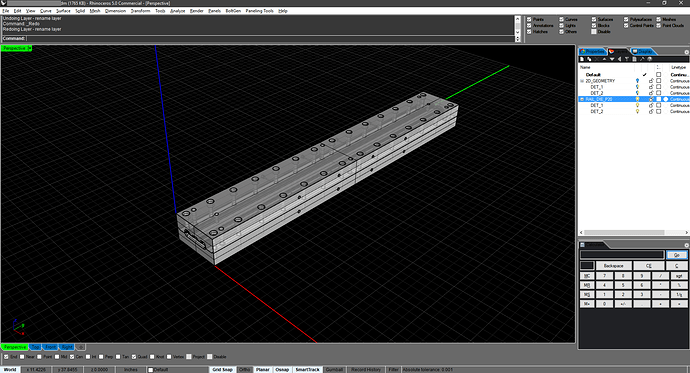 …begs the question: How many commands are there in total?

Gets list of command names in Rhino. This list does not include Test, Alpha, or System commands.

How many commands are there in total?

1000+ Not including the options (sometimes dozens) in each command…

Pretty minimalist as for a guy with 21:9 screen.

macros that I have written to make a process and also scripts.I have defined shortcuts to 352 keys.

The custom toolbar is sweet!
Same as others, I used to customize my toolbars in previous versions but gave up over the years.
But this sidebar idea in combination with the nearer command console is worth a try.