The left one is filleted right one is with edge softening on.

Edge softening is a trick really. You essentially get chamfered edges with normals calculated such that they kinda look round. But they are not. With larger softening values you’ll see rendering errors. When you need actually rounded edges you should use Fillet instead.

When you extract the render mesh from a model with a large softening setting you’ll see that the rounded edges aren’t really that rounded. The shading errors happen because the normal interpolation fight with the surfaces (simply put). This is why you need to use fillet when you need big softenings.

I use it for rendering purposes a lot maybe there could be option for denser rounding ?

It works way better than in v5 already but maybe it could be even better?

Fluid and nicely shaded viewport with this lawn.

There would be 71211549 total triangular polygons in this model after forced triangulation !!!

It works way better than in v5 already but maybe it could be even better?

Even better would essentially be filletting

but I guess it also depends on @DavidEranen how far he can push it.

Even better would essentially be filletting

But it could get sth like levels/steps for rounding - this could be similar to beveling steps for edges like in blender for eg.

@D-W At some point in the future we might replace the current edge softening algorithm with something more sophisticated. For now, edge softening is supposed to be used for very small radii.

What plugin do you use for that vegetation ?

Nice !
Does Rhino Nature come with trees, grass, flowers of it’s own or they have to be made and textured separately ?

Yes it has 121 HQ models organized in 36 presets you can roughly check how those look and were created here and here. TBH it took a while to create this whole library from scratch

a) Is there a list for those 121 vegetation models (to get an idea of what types of plants are there).
For example are there olive trees, or other Mediterranean varieties ? … roses, vines ?

The same weather that's popular for tourists can be harsh on flowers. Keep your Mediterranean garden in bloom with these 10 flowering plants. 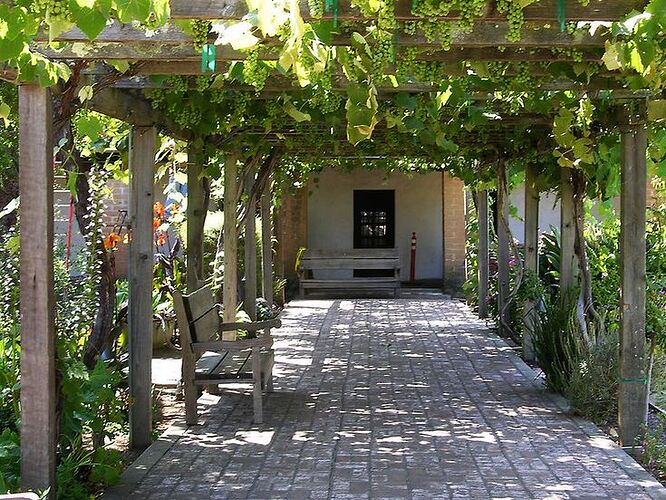 b) You said from scratch. Were these modelled and textured in Blender initially ?