some times I use the direct video output of Bongo and run in the issue, that the set frame rate isn’t used.

For example I want to create a quick preview of a 60s animation at 10 fps. But a mp4 with 24s is created.

If I open my single frames per Hitfilm and write a mp4 than 10fps is no problem. So, it should be possible also for the Bongo movie creator tool.

Yes, that’s a limitation of the video encoder. Without getting into too much detail, certain files can only store video a certain way. I suggest trying another one of the formats.

A warning could be shown, if the current frame rate isn’t supported.

(I run in this issue today again. It’s difficult to remember all the little limitations. I guess I’m getting old.

One more issue - the user can type in an own frame rate like 10 and it cause that a new duration is calculated, but the duration should kept and the frame count should be calculated. The length should not be changed.

Also I rendered a preview of my animation at 10fps. The bongo video creator doesn’t support mp4 with 10fps, but it should be possible since I can do it on the long way over a video software - MP4 supports a wide range of custom frame rates. @Joshua_Kennedy looks like it should be no big problem to support more frame rates.

Here a screenshot from Hitfilm: 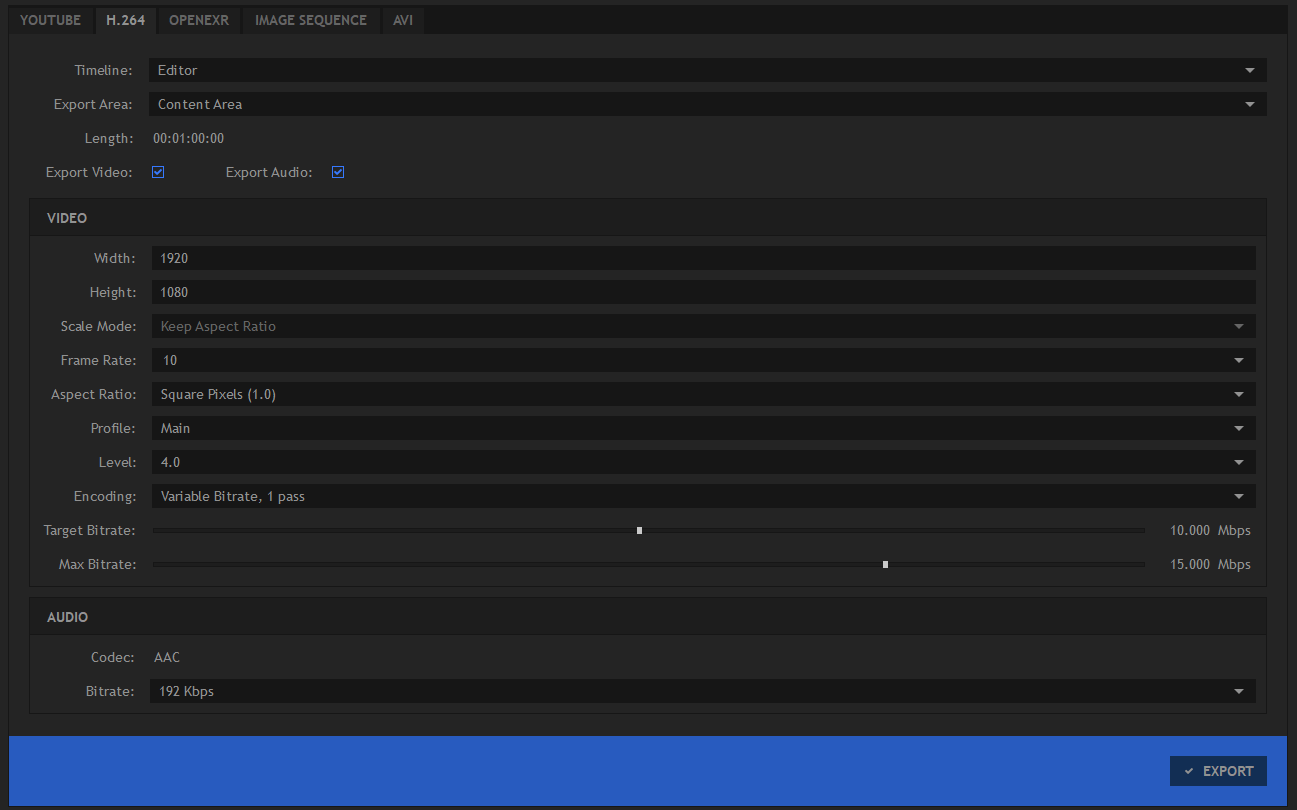 Hi, I setup a first part of an animation from tick 0 to 114 and it works quite nice for 60s duration. Now I added a second part from tick 114 to 186. I miss an option to set a tick range but keeping the tick rate. For example I like to render a preview of the new added range only. It could be nice if the tick range could be changed and a flag option “keep tick rate” allow to get the same rate always. If the flag option is set than the user should also be able to set the animation range at the …

Above I asked you to take a look at the Timemanager in Bongo’s WIP.
The idea is to modify the Render dialog (a job still to be done) so that if reflects the settings of the Timemanager plus the Output settings (output location, image format, video file format etc…). At that time we can look into the feasibility to add an option to bypass the ‘standard’ framerate.
Hope springs eternal.
Luc