Every time I install a new WIP, either from the automatically downloaded service release, or (like just now) a service release candidate, about halfway through the install, a dialog pops ups saying something like “No action was taken because the system needs to be restarted”.
While this dialog is onscreen, the install process, as indicated by the red progress line, stops. The dialog can be dismissed by closing it via the top right X, and then the install process resumes for about 5 to 10 seconds, until the same dialog comes up again.
The install can be completed by simply closing the dialog every time it appears (about five of six times) and I then get the install completed / restart dialog.
After restart, everything is fine, and stays fine until the next install.

This has been going on for some months; I’d like it to stop.

I would start by making sure all Windows updates have been applied.

All windows (10) updates are installed.
The video card drivers are up to date.

Its made no difference - it was happening before, and it still happens every time I update V7.

In contrast, I just was prompted to update V6, which went without a hitch…

As an aside, why does V7 need to restart the computer, whereas V6 doesn’t?

Anyway, its a persistent and annoying glitch; I don’t see anyone else complaining about it, so it must be something to do with this setup (a dell laptop 7730)

Anyone any ideas what else I can check?

Hi Rabbit - can you check in Windows Task Manager > processes page and Details page for running (but invisible) Rhino.exe? 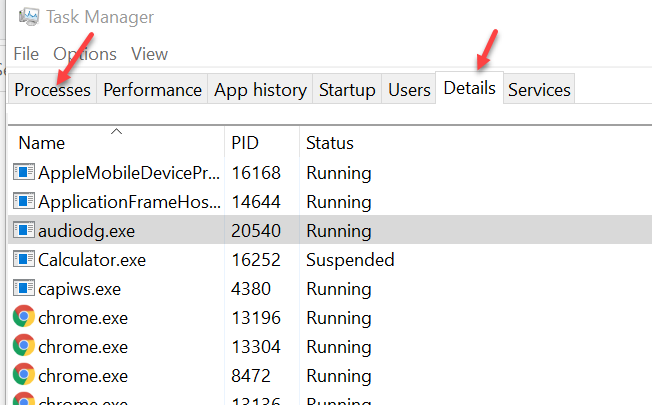 This feels like a windows issue, but… try a complete uninstall of v7 then restart your machine, then download a new v7 beta and reinstall… any better?

Nah, its all good. The only rhino’s running (3 x V7) at present are all listed.
I started and closed V7, V6, V5 instances a number of times; they all showed up and went away in the task manager almost in real time, no invisible ones not reported…

Further to the above…

1] This still happens when installing updates to V7.

2] It doesn’t happen with updates to V6

3] Just now I’ve installed the V8 WIP - the install goes fine, just as with V6, and without the computer being restarted.

So there is some problem with the V7 installer, or some other something to do only with V7…???