When will Rhino 8 be released ? Release Date Rhino 8?

Hi there
Any news about when Rhino 8 will be released?

Dear @Captain_Green
I changed the Titel and category to make sure it is not an announcement (news) but a question regarding the current developement (WIP). hope that s fine for you.

Any news about when Rhino 8 will be released?

The only exact answer to that question is “when it’s ready”.
Other than that - we hope that it will be at some point this year.
-wim

If I’m not mistaken, each new version of Rhino comes out every 5 years (month plus, month minus). We need to understand whether McNell will either want to maintain these times, or provide a few less tools but shorten the times, for example to three years.
In my opinion, from a commercial and marketing point of view, 5 years of development is too much. A middle ground would be desirable.

In any case, let’s not expect revolutions (apart from some tools, like the one that happened from Rhino 6 to Rhino 7, with the introduction of SubD); it will be an evolution, so they say…

I believe Rhino 7 was released 3 years after Rhino 6. So Rhino 8 being released this year will be even shorter (if it happens).

I have the opposite problem, I liked the 5 year frequency. When I update I have to do it for 80+ licenses across 3 facilities (Canada, US and Mexico). To do the update I have to justify the ROI to our corporate overlords. That was much easier to do every 5 years than it is to do every couple of years. And frankly, I don’t expect the upgrade to Rhino 8 to be approved this time as Rhino 7 is working so well. I will most likely only be allowed to update my own license so that I can participate in Rhino 9 development. If the frequency of release becomes every 2-2.5 years I will probably update every other one for the whole company moving forward. For me, that’s probably one more before I retire.

But time will tell. Maybe something will show up in Rhino 8 that we haven’t seen yet and will be a game changer.

I agree, I was debating it myself and I think the biggest feature for me is the access to Rhino 9 Serengeti. although V8 sounds to me like an urgent release for Mac users due to the M1 Metal Dilemma.

Please don’t release Rhino 8 for mac until the UI is well customizable, seriously.

You need to be clear about what that might mean to you.

To me, It’s all about the Command stuck with that toolbar where one always need to scroll to see the options… It’s such a sad regression leaving the worst feature of the old MacRhino UI [while removing the best feature of the old MacRhino = the floating command prompt]
The command [line] is so central to working with Rhino, if that is not addressed … then what…?
I personally, only use the WIP at this time, to learn GH, I find it too depressing and frustrating to use for modeling with that command regression.

It’s all about the Command stuck with that toolbar

Thanks
that looks reassuring .

While the Floating command was very good, It had some small [and hopefully not to difficult to fix] but very annoying issues:

that system [from user experience] had 3 different boxes appearing

#2 the command options box was perfect! it was clear and friendly and crucially it stays what we put it and was sticky. Reappearing when called in that same location.

#1 the Command search was always appearing in the middle of the screen [very annoying ] and there was no way to change that!
Can this please be addressed?
Command search box sticky to the location where the user put it

3# this [surplus third box was really bad! it had no real use, and it was always stuck where the gumball was when moving object, basically obscuring the the area where the user is moving the object to!
that pointless box disappear when the command is complete, so there was no why [even temporarily ] to remove it out of the way.

*these 2 issues with the floating command has been requested in the past [at least I did some years ago]
I don’t think they ever made it to the list.

Exactly, the user should be able to easily switch between windows and mac versions without being lost. It’s also important to gain the more working space possible for the users are on laptops. 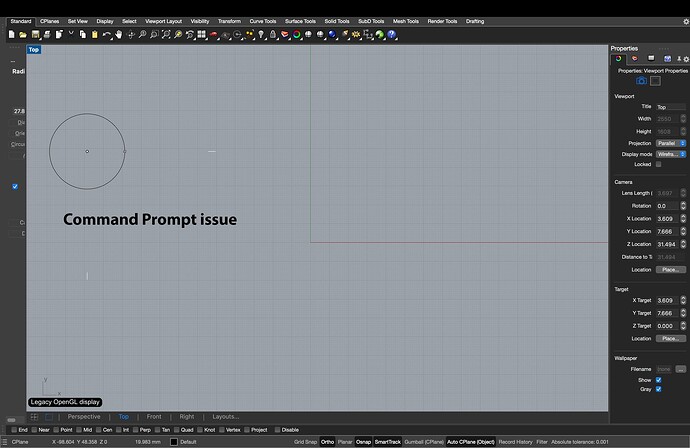 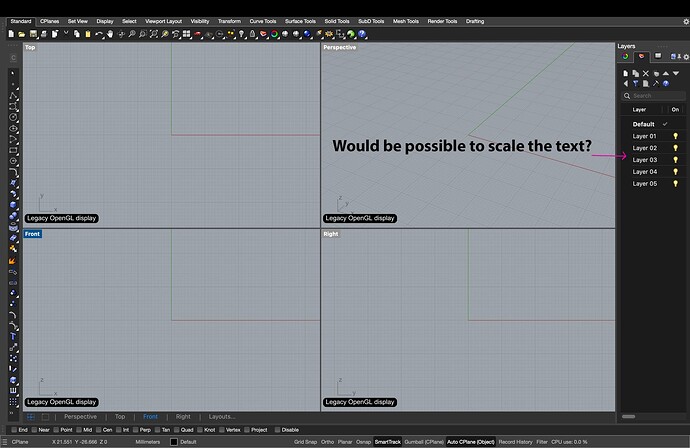 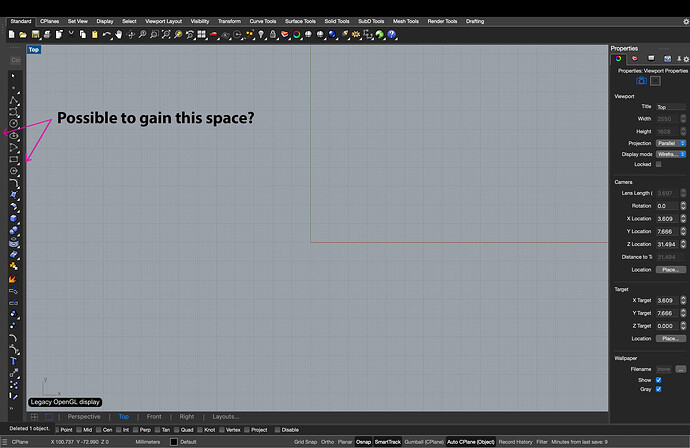 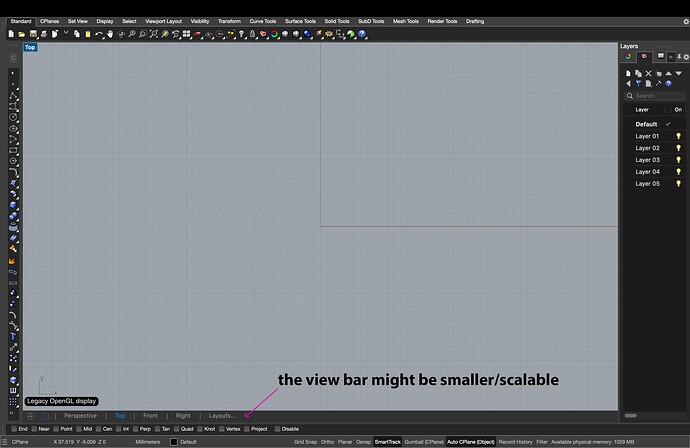 Absolutely!! Let’s not turn this into the Auto business where the cars and trucks are released every year regardless of the difference from last year

may I ask what advantages you’d see in shorter release times?

I personally prefer not to update all too often, simply for the reason that the current version does absolutely what I need it for with my developped routines and I’m not very keen to relearn programs and spend money on licences. (that being said, contrairy to other companies, McNeil never made a hole UI change that you had to refind all commands hidden in sub-sub-sub menus)

I don’t want to discourage people from updating to Rhino 8. That’s not my intention at all. There are some nice new features in the WIP. The issue I have is the volume of licenses we need. If we only had 10 licenses this would be approved without much fuss. But we’ll be looking at well over $30,000 USD to update everyone. That’s a different story. Now it goes under the microscope and I have to justify the ROI. Like I mentioned, if the frequency of major releases is every couple of years this gets even more difficult. But I do intend to try my absolute best to sell it to management.

hopefully as late as possible until pressing issues are resolved

Any news about “Wind’s of Winter”?