I am looking for some advice on how to import and prepare a model for use with the subd tool. I have seen videos on using the subd tool, but not on imported models.

I imported this .stp model into Rhino and it appears in tact as a polysurface. I can select different faces, however I am wondering if it might be best if all the surfaces to be edited were joined and then perhaps made into a mesh where I believe the shape faces are triangular and more uniform in size. Instead of just trying settings I would value hearing from someone who has used subd on imported geometry.

Thanks for any help. I have a solid modeling background and not much experience with surface modeling and Rhino, so please don’t assume I speak fluent Rhino, as it were.

Hello - pretty tough, I would say, with an object like this - one way is QuadRemesh with SubD output but it might take some testing of settings on a thing like this @theoutside, @BrianJ - any other ideas?

I guess the first question is Why?

this part seems to be well made and ready to print, export, etc…

what does sub d buy you?

the fact that there are many precise circular elements, tells me this will be a hybrid model anyways (base mode in subd, then convert and final detail in nurbs) which gets you right back to a nurbs result…

what is your end goal?

This is an old project I am revisiting having learned of subd modeling in Rhino. My goal is to model something on the outside surface that represent these insulation mats. My thinking was that I could confine my deformations to the outside surface then my model should fit back in to my solid model assembly. But maybe subd is not best suited for this task. I guess that is what I should ask first. ok, that is a different problem. 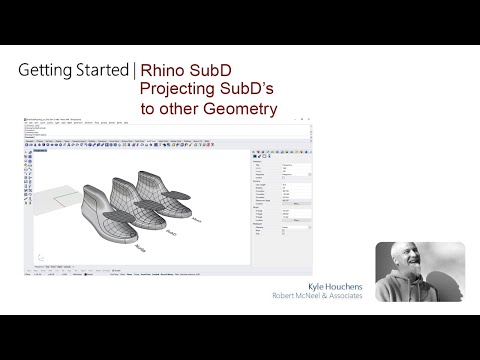 The holes will make it harder to remodel the exterior of the polysrf to a SubD. Add those back later in my opinion once you transition back into a polysrf with ToNURBS from the SubD. The Drape command could be used first followed by Smooth (a lot) to smooth out the drape srf that goes through the holes. Then QuadRemesh with Y symmetry into a SubD to get a base form of the outside. You’ll then need to use Reflect on the SubD and start pulling areas out with the Gumball. Project or Pull may help to bring control points of the SubD to the polysrf but I think there will still be a lot of manual moving of the faces. SoftTransform can be used too while editing the SubD for proportional falloff but just remember that you have it on/off. The UI for that command to let you know it is enabled is non-existent unfortunately but it works great to move one face and have the effect fall off over a distance to the others. If you sub-object select a face first and then run SoftTransform you can visually set the radius of influence too. Run the command without a selection to turn the mode off/on via the command line options. 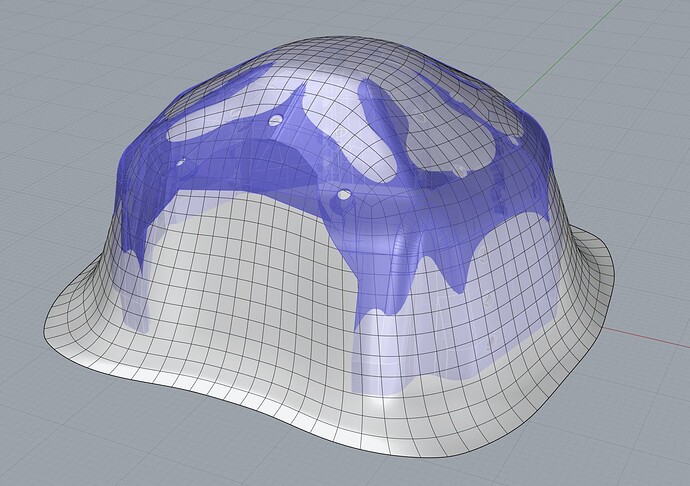 As Pascal said, this isn’t easy and there are lots of steps if I’m understanding the intent. Ultimately you’ll need to use ToNURBS on the SubD form and then Trim and BlendSrf your connections to the extracted interior of the polysrf. The holes would be added back in at this stage as well.

With all that said, you might just want to start with SubD to iterate the insulation form and then go ToNURBS before adding the engineering elements. You could export out as a Step file if you prefer to do that in another app too. I hope that helps.

These are good suggestions. Thanks.

I agree the holes are too much trouble and unnecessary at this stage, so I will go back to Solid Edge and remake the model without the holes or the interior, so I will basically just have an open zero thickness shell. It seems like at this point, before I alter the shape I should make a copy and alter only the shape of the copy using the original for reference to see how much change has been made.