To Zoo or not to Zoo

I have one license and 2 computers.

I have read of others using Cloud Zoo - Personal under my situation and another person simply installed Rhino on 2 computers and just used one at a time. However, the former post is from 2019 and the latter is from 2014.

Would it be advisable to install the Cloud Zoo for my situation?

Or just keep Rhino on each computer with the knowledge that I will never be using Rhino on both at the same time?

I have used the Cloud Zoo as a since its inception and do not recall any problems. I have one license and move between using Rhino on two computers. I can only be active on one computer at a time but can move between them as desired.

My understanding is with Rhino 6 and Rhino 7 you cannot have a single license installed on two computers at the same time. You either need to use the (LAN) Zoo or Cloud Zoo,

A single license of Rhino 5 could be installed on multiple systems but Rhino 5 on only one computer should be used at a time.

@Edward_Sager
Use the Cloud Zoo with your V7 license in your Personal Licenses is the best option for you.
This Internet based floating license option was not available for V5 and earlier.

The LAN Zoo is intended for companies and schools that want to float their licenses but keep them inside their firewalls on their Local Area Networks.

Here’s a link to all of the licensing options. The “Help me decide…” link is a Wizard to step you through the details. 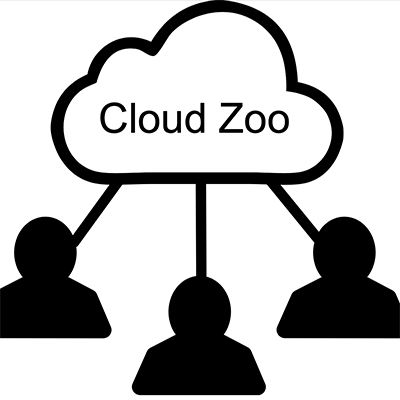 Thank you both for responding. I will use the Cloud Zoo.