Many things currently do not work [or work correctly] on Mac. I’ll try to split to separate topic…
Command line: it I stuck to that tools bur and I can’t find a way to separate them! both are useless in their current forced coupling … after trying for a long time it somehow disappeared and I have no idea how to bring it back? 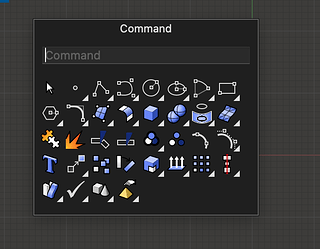 Akash,
Type Workspaces and then restore the default Rhino workspace to get it back.

This is what Rhino 7 does:

This is the same test on Rhino 8

Hi John
I know how it was on Mac but I never used it in ht side [it takes a ridicules large chunk out of my MBP screen!] I only use [V7] the

the WIP now is without a command line so I can’t call any command [unless it is in the manu]
So If the idea is to make the UI platform same, then please free the command thing to be stuck on it’s own. 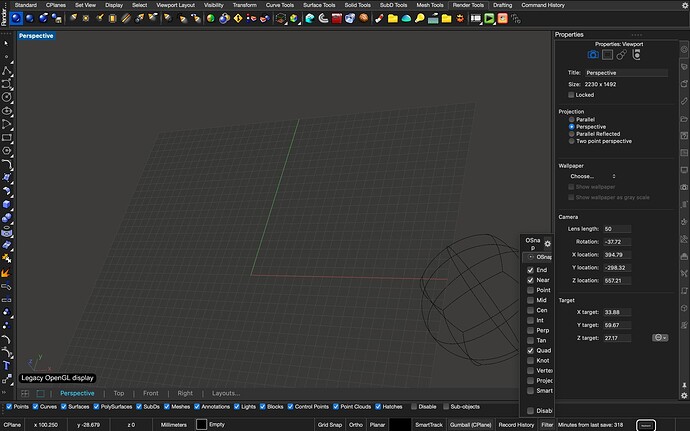 Love the side buttons for the panels! looks great and save a lot of space

Akash,
Can you navigate to your /Users/johnm/Library/Application Support/McNeel/Rhinoceros/8.0/settings/Scheme__Default directory and send me the containers.xml file so I can take a look at your layout? You can then delete that file and the default layout will be restored.

Hi John
I know how it was on Mac but I never used it in ht side [it takes a ridicules large chunk out of my MBP screen!] I only use [V7] the

I logged this RH-69855 bug and will see what I can do about getting the old floating command prompt working with the new UI.

This is how the UI space needs to be for me. with max open space to work on the MBP. only missing is small place to enter commands, not a bulging 1/3 of screen space sidebar 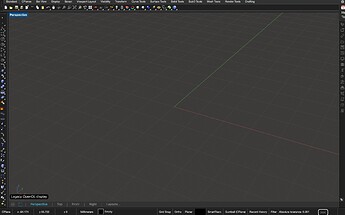 This was always the worst feature in the Mac Rhino UI Please. changing everything else and leaving this bad and wasteful leftover, it makes all other changes useless. the idea is to have UI same as Windows, and command line is the heart of rhino… I hope this was not a choice to leave that side command thing is, but rather an incomplete port…?

thanks a lot, it back to default now… please kindly try to make this a priority to free us from that side command + toolbar thing .

with thanks and best regards
Akash

will see what I can do about getting the old floating command prompt working with the new UI.

Actually it’s much more important to simply disconnect the command line from the Main toolbar! the main tool bar is already available as an independent entity. Please just remove it from the command line [Mercifully end that unhappy marriage ] that will bring the Mac UI also closer to Windows for the stated purpose having them look and behave the same

I would like to see this change as well. I understand that this is how it has always been on the mac, but hopefully this will be a considered change for V8. I love the “command option dialog” setting in V7. I would not mind having this in V8. This allowed me to shrink the Main Tools to one row saving screen space.

Best of both worlds would be to have the command line on the Mac dockable like windows and had a dialog option window after the command is invoked.

Or just make it like Windows so they function the same. Having the same UI for both platforms are key for a number of reasons. Either way the command has to be separated from the Main tool Panel. I agree with that whole heartedly.

Hi @JohnM
the situation with the command ‘box’ still stuck in that choice made [perhaps a decade ago] Is just too frustrating in the new UI after the floating version was taken away.

please look here, half of the command options are obscured and need scrolling [and that’s in a command with only a few options… how can this be considered reasonable ?
Please bring back the floating or make it like Windows [or both].
thanks a lot
akash 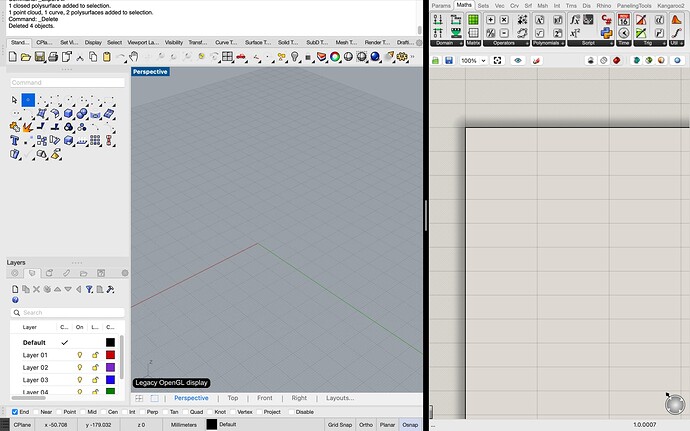