I’ve been working on a plug-in to support the Shaper Origin handheld CNC router from within Rhino 7. Shaper Origin reads specifically formatted SVG files to do the cutting.

Because naming things is hard, and fun, the ShaperSVG command is in my TunaHalf plug-in. TunaHalf may someday include more tools for Two-and-a-half-D fabrication.

ShaperSVG export detects holes, pockets, part outlines, and engraving curves. Pocket depths are added as non-cutting annotation geometry in the SVG file, and as attributes in the XML, in case Shaper Origin supports them in the future.

Please post in the gallery and use the tag #ShaperSVG

Please tell me about it. Reply in this thread, or create a new one. Please attach your 3DM file, the SVG file, and a description of what didn’t work. I won’t be able to debug much from screen shots.

I have been working with the Shaper Origin since early 2019 and have been using Rhino since early 2021. So, I’m really happy that an .svg export from Rhino optimized for the Origin is now possible!

Keep up the good work. I really enjoy working with Rhino!

At the moment I have some difficulties:
After the ShaperSVG export, a duplicate of the exported object is created and several points are positioned at random on the object. 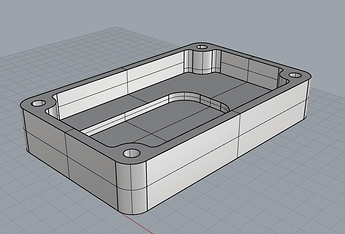 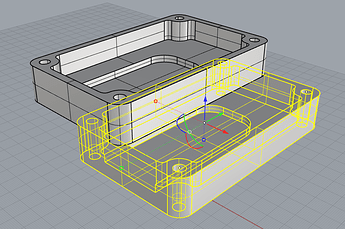 The cutting depths shown as guide lines (which is a great feature by the way) are shown in the .svg illegibly small.

Even after several attempts with different objects, the .svg could not be detected by the origin.
It is possible, of course, that the mistake is my fault. Still, I hope to be able to help. Attached is the 3DM file, SVG, and the error message of the Origin. 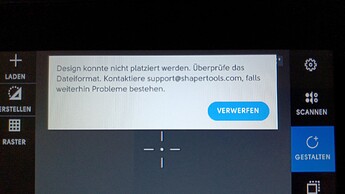 41920×1080 117 KB
“design could not be placed. Check the file format. Contact support@shapertools. com if you still have problems”

Thanks for the bug report; I’ll have a new build out shortly that uses a completely different pocket and hole detection algorithm, and won’t duplicate the objects and points.

Once I have the new algorithm in place, I’ll try your model and fix whatever bugs remain.

I have been working with the Shaper Origin since early 2019 and have been using Rhino since early 2021. So, I’m really happy that an .svg export from Rhino optimized for the Origin is now possible!

Florian, it’s great to have you helping try out this early, early prototype of an exporter. I just watched this YouTube video describing your Shaper in Residence. How exciting! It’s cool to see that you’re the person behind this joint, which I’ve seen several times and adored - I can’t wait to give it a try 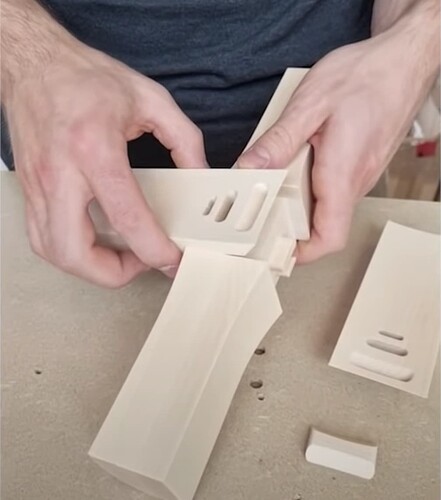 I look forward to seeing what kind of challenges you can throw at this! This part still doesn’t export properly. It’s amazing how easy it is for humans to see what’s supposed to happen here, but so much harder to detect with code! From the top, this is a pocket - either half way or 3/4 of the way through the stock. 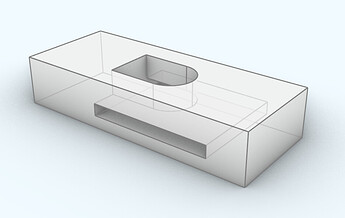 Please give it a shot, and let me know if you see problems.

Hello Brian,
I just came across the SVG export plugin for Shaper Origin.

I have the problem that I get to the save dialog but no SVG file is generated?

What am I doing wrong?

Thanks in advance.
Many greetings
Peter

It might be that the geometry is causing an exception in Rhino, and the file isn’t being written. Can you please send me the 3dm file you’re trying to save? If you can’t post it publicly, please send me a DM here.

Here I am sending you the file.
Units are in millimeters
Deckplatte.3dm (335.3 KB)

Many thanks for your help.

Please give it a shot, and let me know if you see problems.

Hi Brian, thank you for the message.

Unfortunately, I still can’t save an SVG file.

I am sending you a new very simple test file here.

Thanks for the description. What happens if you just press Enter when asked for curves? The intention (though this may be unclear) is that the curves are for engraving. If you press Enter instead of selecting curves, it might just work.

I wonder if I’m also being bitten by writing code that isn’t working in German when formatting strings. I’ll look.

Danke schön. My German is terrible, so I’m going to rely on Google Translate, and reply in English

Let me publish a new version that has better error handling in it. It’ll pop up a big unhelpful (to you) error message that will likely be helpful to me when fixing this.

@Peter_v_Stackelberg please give this build a try and send me the stack trace that should appear in a dialog box when things go wrong.

I installed the update.
The procedure:
1.) “shaper svg” command
2) Selection of the object surface
3) save dialog
4) No file is generated again.

2 posts were split to a new topic: SVG Export of Circles is Distorted

@Peter_v_Stackelberg is that all of the message? It seems like there’s perhaps something immediately before that that may help me understand the problem.

I repeated the process:

"Please copy and paste the text below, and post the error and your model at
https://discourse.mcneel.com/t/shaper-origin-svg-export/

Hey, I just downloaded the plugin but keep getting this bug report. Thanks!