Hello Guys,
Something is off with the shadows. I reported a while ago that the shadows where no following 3d logics but in this case it seems that the shadow map is a low resolution one and it’s being blurred to look softer.
the problem is that that is erasing parts of the thinner shadow.
For example before it finish loading you have a very pixelated shadow map but it is complete: 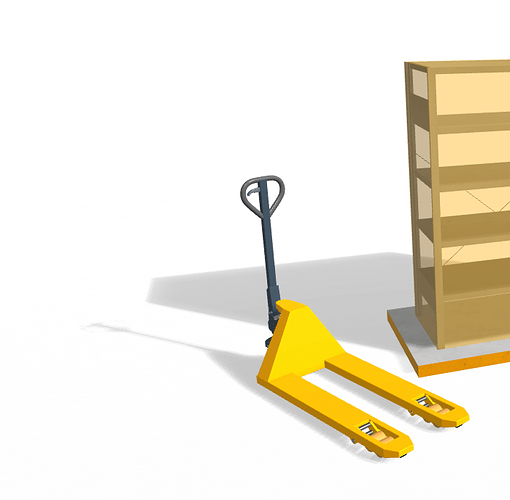 image704×689 114 KB
Once is loaded it is blurred but you loose too much detail. In this case you don’t see anymore the thinner elements of the pallet truck: 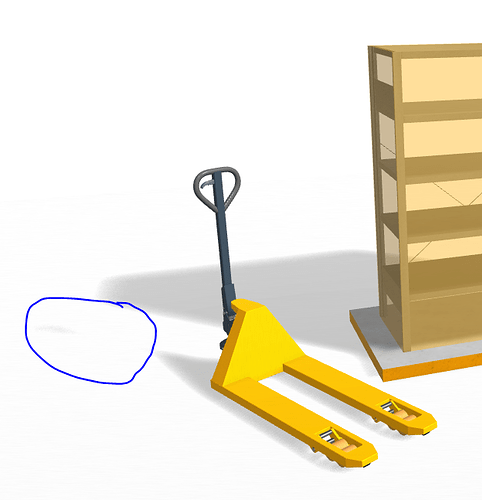 image625×647 135 KB
Can we do something about it on the API or is it something that you are working on within the shapediver viewer?

Thanks in advance
Paola

We are currently working on a complete rehaul of the rendering engine in the viewer. There are several reasons but the inaccuracies with shadows and ambient occlusion are a big part of it. That will take a while of course, but the goal is to prevent this type of problems in the future.

That being said, here are a few short-term solutions you can try:

Thank you Mathieu,
I think I know what might be the problem with the scale.
We will wait for the new shadow improvements!