Congratulations to McNeel on the monumental release of Rhino 7! Thank you to all the developers for your hard work. Here’s a list of what I would like to see the devs focus on for the next WIP. Items listed in no particular order.

See: Images do not migrate to Illustrator or any other application - #49 by sthode66

What do YOU want to see from McNeel moving forward?

I need the advanced clipping, but I do not need other features mentioned by the original poster. The fillets are editable in Rhino 7, but this feature was buggy when I used it a few months ago.

I need the advanced clipping

The fillets are editable in Rhino 7

I can find no documentation of this and it’s not listed in the Rhino 7 Features post. When I said “editable fillets” I meant fillets that can be modified or removed on an object after they have been created.

Clip with objects would be amazing.

I can find no documentation of this and it’s not listed in the Rhino 7 Features post.

That is a Rhino 6 Feature
https://www.rhino3d.com/6/new/refinements/#got-an-edge

That is a Rhino 6 Feature

ya learn something new everyday. Thanks! I’ve edited my post.

I can find no documentation of this

Nevertheless, isn’t this a concern? Certainly V6 documentation should have been carried forward into the V7 documentation. Is it too obscure to find easily, or doesn’t it exist at all?

Certainly V6 documentation should have been carried forward into the V7 documentation. Is it too obscure to find easily, or doesn’t it exist at all?

@AlW,
Can you suggest what can be done to improve this?

This may be related. I added a small “new” image for everything new in v7 in Rhino 7 Help topics. The 3DFace topic for the example.

I’ll do this in Rhino 8 Help topics with a different “new” image. I can turn one or both on with a few clicks.

I forget where I saw them, but McNeel made good video tutorials for this feature.

Is it too obscure to find easily, or doesn’t it exist at all?

Well, it’s tucked inside the _FilletEdge command and it does have documentation. To borrow a joke from another rhino user – I think part of the problem lies between the keyboard and the chair.

Now, we can focus on other items on this list.

Nevertheless, isn’t this a concern? Certainly V6 documentation should have been carried forward into the V7 documentation. Is it too obscure to find easily, or doesn’t it exist at all?

@AlW
I think I misunderstood your reply. Anyway, now you can easily tell what’s new when you look through the help topics. I hope this can be helpful in the future versions of Rhino.

I hope this can be helpful in the future versions of Rhino.

A simple concept, but one that will probably make the transition to 7 easier for a lot of users. Thanks.

Flamingo plugin is mediocre renderer, but it makes good trees and shrubs. It has not been updated for several years and cannot match the performance of native Rhino renderer. It would be good idea to salvage Flamingo plants by integrating them with Rhino (like Grasshopper).

XNurbs plugin ($395) makes smooth blending of NURBS surfaces. In my opinion, this plugin or something similar should be integrated into Rhino.

I forgot to mention that the advanced clipping is available in Rhino 5 and Rhino 6 as a plugin called SectionTools. Brian James explained the Rhino 5 plugin in this video tutorial: https://vimeo.com/18666799

I’ve used section tools occasionally, but this plugin doesn’t address the fundamental features that many uses have been asking about for years: Object exclusion and clipping extents.

There’s actually another plugin that gets a bit closer called Dynamic Display. Add object exclusion to this and we’re all set. I’ll gladly pay Asuni $35 bucks for this functionality (but of course, it’s preferable to have this integrated into native Rhino as a first-class citizen so it would get the continued attention it deserves.)

Since VisualArq can exclude objects from clipping and Dynamic Display can control clipping extents, It appear to me–as someone who is not a software developer–that all the ingredients already exist within the McNeel/Asuni ecosystem and it’s just a matter of convincing our friendly developers to devote resources to exploring this feature in the next WIP.

That’s actually a perfect example of why SectionTools doesn’t cut it. At 4:35 when the tutor updates the object list to only cut through the roof, you can see in perspective view that it is still clipping through the blue polysurfaces. I don’t care about the 2D section cut–I want this to work in 3D. We need the ability to create perspective and orthographic “peel away” assembly illustrations with a non-destructive workflow.

I would love @rajaa to weigh in on this discussion.

Some of your descriptions are hard to understand because they are very terse.
-Sketching is already available. It is called SmartTrack.
-Radial SubD symmetry, more robust topo snap in SubD, and variable SubD creasing, particles and atmospheres in rendering (hair fur, fog, etc) are good ideas.
-Voxel boolean and offsets are hard to understand.
-Non photo real rendering (watercolor, sketchy, poster-ized, etc…) is available in old Penguin plugin.
-Robust cloud library for materials and rendering assets from inside rhino seems to be less important than fundamental flaw of Rhino textures. You can see this flaw when you apply wood texture to a sphere. The only solution is volumetric texture mapping. 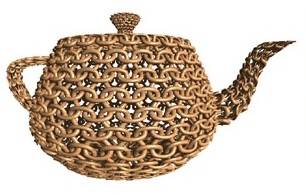 Everything in this thread is moot before this gets fixed!

I’ve done some posts with suggestions for a better block manager. In using Rhino v5 on a drawing with more than 200 different blocks, I have some additional suggestions, requests, and comments. 1.) We need an option to list blocks (or exclude) that are not made of other blocks. We need to know what parts to make or purchase before we even think about assembling them. In other words, which blocks are root blocks, and which ones are only assemblies of those blocks? We have “Top Level,” but we nee…

Yes, that thread is OLD, so it’s bloody due!