I recently redownloaded and installed Rhino 5 on my PC.

When I hit rendered view mode in perspective, all objects show up as opaque black. When I select them and uncheck “Casts shadows” or “Receives shadows”, the objects show different shaded surfaces (so they don’t appear black anymore), but then they don’t show any shadows ofc since it’s turned off.
Note that when the command “Render” is run, the shadows do render via the Rhino renderer.

let me know if any other specs would help. I already tried moving around the sun, skylight, turning them on and off, yet when shadows are turned on, every object still appear opaque black. If anybody would know where the issue is, thank you for getting back to me in advance.

This this still happen in Rhino 7? You can try the Rhino 7 Evaluation version to check.

Thank you Nathan for getting back to me! - Rhino 7 render view mode is fine, which makes me think that it’s an issue with the software, Rhino 5 - I’m reworking some older files and I’d prefer to just keep them all in Rhino 5 thus my post here.

Well, one thing to try is to reset the display mode.

But if this is due to code then the ‘fix’ is to move to the latest version. Rhino 5 no longer receives bug fixes.

fair enough - it definitely is an outdated version at this point so might as well update for good. - ty for you help!

Hey! It does happen on my AMD pc too!
And how I fix that is close the OpenGL’s hardware support.
Hope it can help you 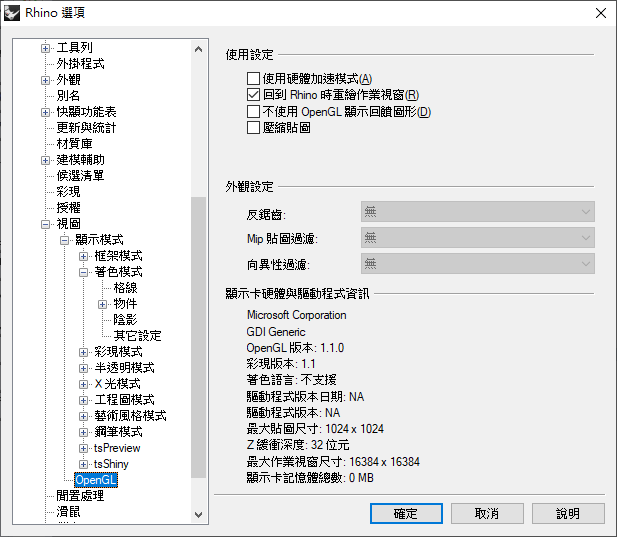