I think I may have understood this, and if i did, please, forgive me. If I have a mesh to work with, and Rhino can’t "See’ it, I use the “Extract Wireframe” command, and then proceed to pick out all the superfluous junk I don’t need, and am able to make a Mesh of my own. The lies may be not contain enough control points, but I insert them, and slowly smooth out the model. I try and do everything in Rhino, and people have seen stuff they though I did in Photoshop. I have CS3 and CS5, but sometimes it’s just easier to work with what your working with.

I reverse engineered this Mesh and though the Battlestar Stealthstar Viper look the same as others if you look at the meshes, they look completely dissimilar. Thank You 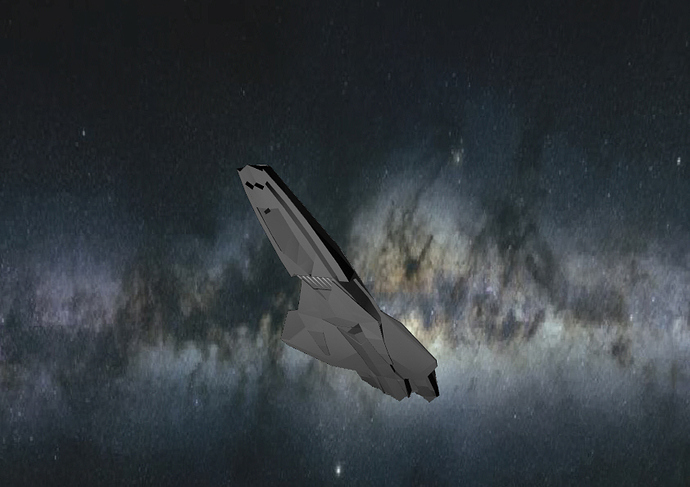 This webinar might also be interesting, among other things it shows how T-Splines and EvoluteTools Lite/PRO can be used in a combined way to fit a T-Spline to reference geometry: https://youtu.be/0e2_NMU_HL4

My settings prevented me from seeing a response was made, I do aplogize for my ignorance. The model I posted above completely unfolds, and can be made (except for the cockpit glass) into a paper model. I do not think this ability exists with T–Splines. It would be nice to know that this does. I see people bang out Renders, like the Buccaneer", but there is not way to “make” that model using mixed media without doing much follow up work. Is T-Splines basically to Bang Out Renders? I don’t know, which is why I ask.

Also, we have made cockpit glass for home-built aircraft, and this kind of accuracy would have been scoffed at, when plywood forms, hand sanded plaster, and vacuum, are being used to form the Lexan. Nice accurate picture, but unless this is for a military aircraft, well, I am ignorance of what the point is. It’s easy enough to convert a Mesh into something you can use for Rhino by first removing the superfluous lines not needed in the mesh, the converting those lines to curves, and start rebuilding the model. As I said, the Picture of the “Stealth Viper”, this is more than a Render, it is a buildable model in whatever scale you wish to build it in. I tend to design parts that I know will work, than go back, and try to tweak a drawing. Designing a part of Rhino is far different than making a nice looking Render. I ask this in all sincereity as I am open, completely, to finding an easier way to do anything. Thank You.

Looks interesting, plugs into 3ds Max and Modo, and if I read it correctly outputs to *.3dm.

Phillip,
Nice job on the manifold.
What 3d scanner do you use?
What’s the price range?
What software that interprets the raw data?
Thanx … Chris

Hi,
Not sure if it helps but see replies to a thread I posted about creating nurbs surfaces over mesh.

Modeling ontop of a mesh surface

You can also try Mesh2Surface

Thanx Steve.
Yeah, I saw this some time back when I started looking into this.
Pretty slick software.
How would it work w/the sheetmetal unibody of a vehicle?
Any ideas?

Dear Sir/Madam
Hello, I reach you in order to kindly ask you, is there any way to export Sketchup to Revit Models when I have a curve form? Meanwhile, EvolveLab’s plugin (For transferring SKP to Revit) best solution only can set up for cubic volumes with straight lines but when we have curvilinear free-forms it cannot handle because as you know SKP interface is based on mesh and Revit or Rhino has NURBS interface. Therefore, when I import SKP file(I have tried to export in different version and solution)(IFC,…) then the roof or wall transform to triangular shape as mesh surface and I cannot use roof or wall toolbar in Revit. Indeed, I wonder to have one shape to make it roof or door in Revit. (Nurbs Surface- attachment file)
Furthermore, I have imported SKP file to the Rhino6 in order to use the Meshtonurb command (Reverse engineering a mesh into a smooth surface) but unfortunately, Rhino still preserves all the original facets so it wouldn’t be too helpful for me. Is there any third party Rhino plugins or solution that make an attempt to smooth the surface (Nurbs) in order to use in Revit?
It would be your kindness if you assist me to export Sketchup to Revit Models when I have a curve form. Thanks in advance.
P.P: I have tested the SharkCAD Pro-AP or ViaCAD 10 software in order to transform my file but unfortunately they automatically transform all mesh surface (Curve form) to Nurbs surface (Even straight lines) and you miss your main idea and also form.
This my phone number: 00393473603328
Email: Khademi.hr@gmail.com 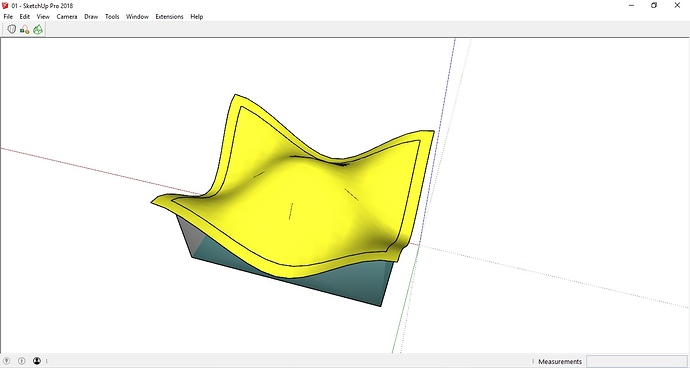 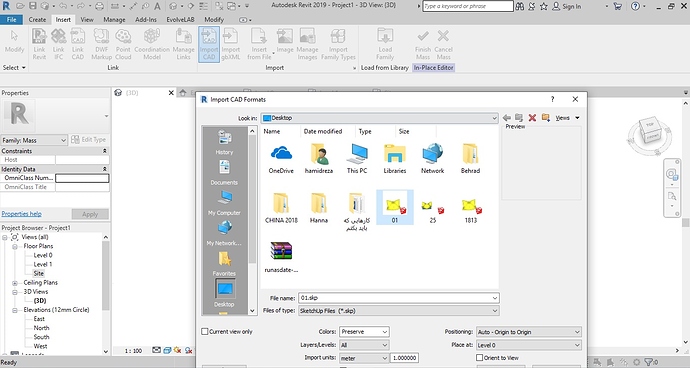 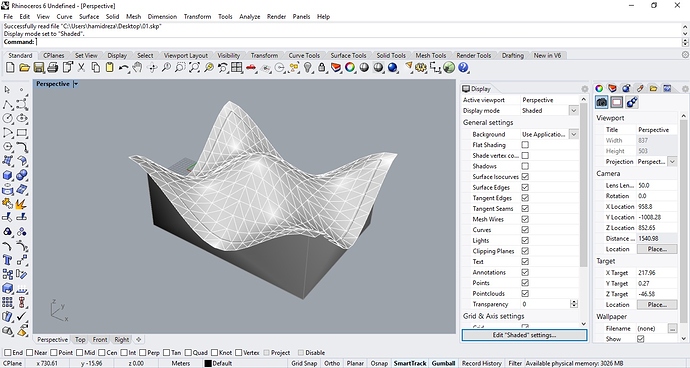 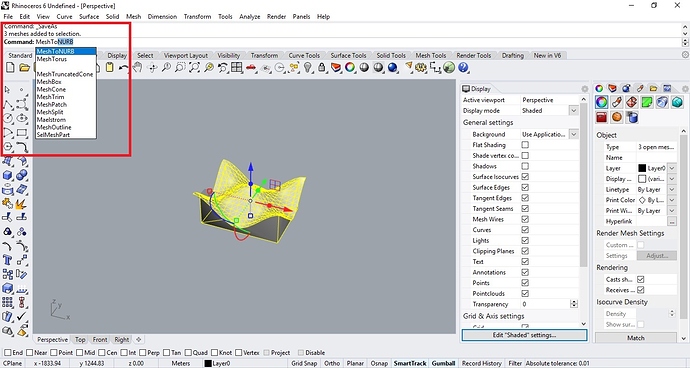 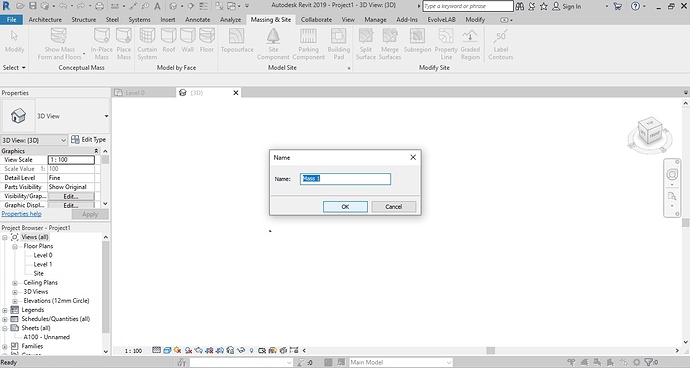 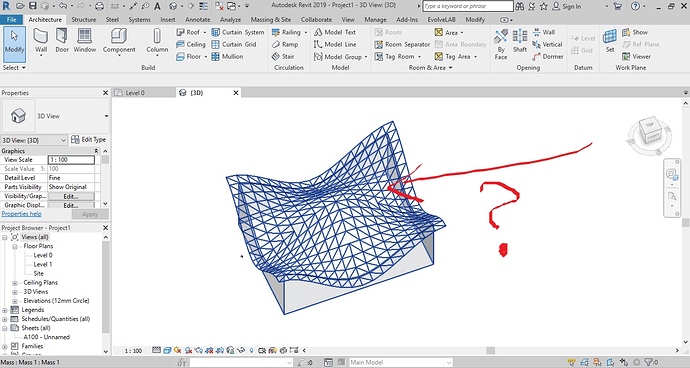 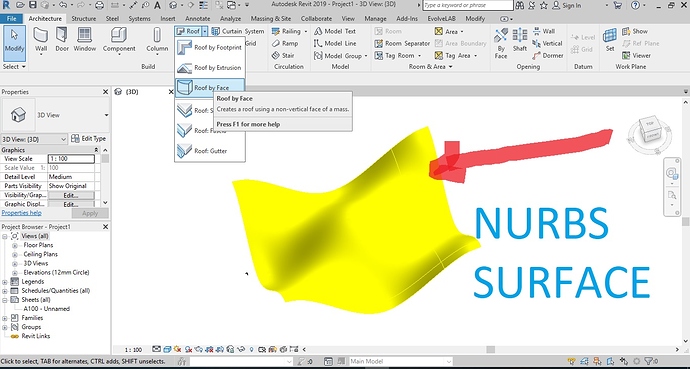 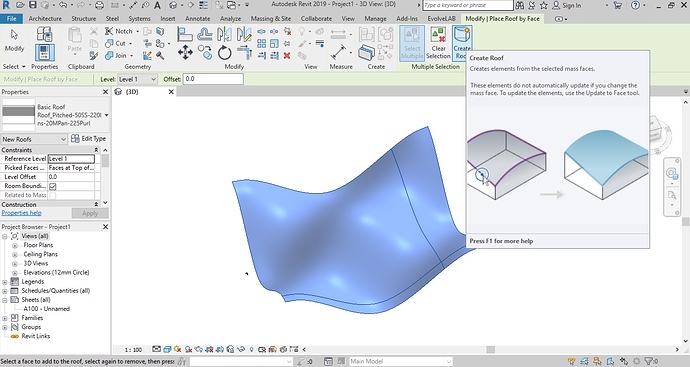 Here is their product page . Its selling for $1,325. Some product highlights are here.

Links do not work. And why the developers will not add cool features of the plugin in Rhino?

We just added a new QuadRemesh technology to the Rhino 7 WIP. Along with the SubD to NURBS capability Rhino may be able to reverse engineer these shapes: So, here is a intake scan ready to go to SubD and then to NURBS: There is additional work that might be needed. Give it a try:

The sub-D stuff I’m seeing lately in V7 is amazing!

A long time ago, I delt with similar challenges, and for Rhino3d I can tell you this might be still the best economical option aside from more powerful options: RESURF - RhinoResurf, unfold mesh, mesh to NURBS, point cloud to NURBS surface, mesh to solid

We find https://mesh2surface.com/ to be very good at this. It doesn’t come up often, but when it does, this is the tool we use.

Maybe true, but I don’t have $1500 laying around just to add-on more software, for the sake of one tool, so I can compare geometry that Rhino should be more than able to calculate already, but noooo Rhino still falls short.

The reality is tools are costly when you start getting into specific functionality.
$1500 for a reverse engineering tool is modest, DesignX is roughly $10000 or more for an industry standard tool.
Rhino offers a lot of functionality for the price and it only fair to the general user base that they have not added significant development costs for features that most people won’t use.

Why should the average user have to pay for a feature they will never use?

There’s many features I don’t use. That doesn’t mean I’m paying for them. I’ve been using Rhino since version 2, 3, but mostly 4 and 5 and some 6.

I’ve been around long enough to know that Rhino has pretty much always been the same price around $1k or less in most cases.

I guess that explains why version 6 took many years too long, and 7 is finally what 6 should have been.

Maybe we should all be paying more so we can get more.

Or, maybe it’s not about that at all. Maybe in order to keep up with the waves of evolution, Rhino should continue developing features in order to compete well in the industry all together.

Sure, I can use RapidWorks or some other standalone package, or even find a plugin to invest in. But, Pascal has a script, broken script, but still there is a script.

So, maybe someday when he has time to take a look at the broken script then maybe he can fix it, and let me know. That would be great

I see now 3dsytems bought out almost everything, great that should end well for all us users.

I wonder when Rhino will be bought out.

The Point Deviation is not intended to be used to compare an entire mesh (scan) to a nurbs surface. Its called point deviation for a reason.

You must be the all mighty creator of ‘point deviation’ and so you may hereby declare what it’s intended for and not intended for?

K so, here lemme upload the geometry from another thread to here, and we can all see if yall can find a solution to the matter?

Cause ultimately this isn’t about the particulars of this plugin or that plugin or this terminology or that terminology, or who can do what with what other software.

This is about, hey can’t Rhino extract a color contrast analysis from one 3D entity comparison to another? Or no? I mean it is the 21st century, right? And version 7 is supposed to be amazing right?

How long did version 7 take to build? Can it contrast the variance between 3D shapes or no?

Polyworks or Control or even CloudCompare will do what you want
Whether Rhino should offer comparable functionality is entirely your opinion.

I’m sure you’ll agree that there’s a range of different 3D softwares for a reason. There are areas of focus that some do that others don’t and vice versa. So “you” can be this way about something that you specifically want OR you can choose to get the tools that actually offer the functionality today that you need. Better yet you can write some code and create the functionality that you say you need. But pointing at Rhino’s developers as to the reason that you’re being prevented from achieving the goals seems a bit disingenuous. When working on different aspects of a software there is only but so much time that can be spent doing “everything” and the amount of clients that may need this level of functionality that you’re looking for may actually not be the best time to coding ratio at the moment especially considering that there are softwares than can do it.

Take for instance…I’d LOVE it if Rhino could have dynamics in it (particles, fluids, fire, smoke…etc) but that’s not gonna happen so then I’ll use Blender or some other software to do that side of things from a model that’s been exported from Rhino into Blender. Holding on to only a table saw when there are times when a drill press is needed doesn’t make the table saw any less useful.