How to wrap text?

Sorry, another question from a new user struggling to work his way through the help files.

Can someone please tell me how I wrap text in Rhino. That is, how do I turn one ridiculously long line of text into a narrower series of multiple lines?

Double click on the long line of text to open it in the text editor.
Check the Wrap button.
Drag the edit frame around so you get what you want.

Can someone please tell me how I wrap text in Rhino. That is, how do I turn one ridiculously long line of text into a narrower series of multiple lines?

Do you mean when you are tools in “Dimension” menu like “Leader” or “Text Block”?

Do you mean when you are USING tools in “Dimension” menu like “Leader” or “Text Block”?
[/quote]

I am trying to use Text Block to create annotation text which I seem to be able to do OK. I just can’t find a way to wrap the text…I merely get one extended line.

I’ve tried a few ways in the past- shift-return… shift-control-return… fn-return.

at most, you’ll get a line feed(?) character or two but still single line.

Thanks Jeff. I was starting to think I was going nuts.

I tried the same things as you and I, too, ended up with nothing more than the line feed characters and a single line of text that stretched longer than my wife’s wishlist for summer’s fashions.

Double clicking the text doesn’t open up text editor for me. I have no idea how to open text editor. There is also no “wrap text” option in the text properties (see attached).

I am using version 5.3 of Rhino for Mac. 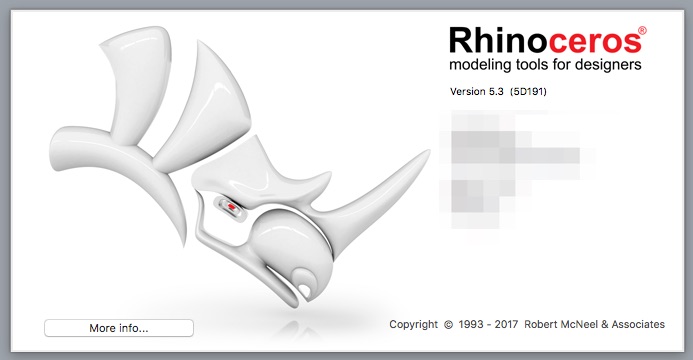 Mac Rhino V5 does not yet have the same text wrapping tools as Windows Rhino.
However, you can select an existing string of text and in the Properties Panel, type in the line feeds you want and they are correctly interpreted now.

Your line of text will honor the line feeds instead of ignoring them like the previous posts described from 3 years ago.

What are you referring to when you say “line feeds”? I am sightly confused by that.

Im still struggling to get the text to wrap in Rhino for Mac.

What are you referring to when you say “line feeds”? I am sightly confused by that.

The terms “line feed” and “carriage return” refer back to the days of typewriters and teletypes. Typewriters had carriages that had to be returned to the left most position to begin typing the next line; line feed was for later, more automated machines that had the typing head moving and not the carriage, to indicate to return to the left go to the next line. These symbols made it into modern computer text technology/terminology, “cr” being carriage return and “lf” meaning line feed, both indicating the end of a line and the start of the next one (as computers don’t run out of “paper width”).

Now, in general hitting the “Enter” key performs a carriage return/line feed; plus text programs have automatic “word wrap” without specifically having to hit Enter.

However, especially in scripting/programming, Mac and Windows treat the end of a line of text differently. Windows standard is to send a CRLF - i.e. carriage return plus line feed. However Mac, being Unix based, uses only a LF. So programs dealing with text sometimes don’t work from one platform to the other without paying specific attention to this detail.

Thanks for this history lesson Helvetosaur.

Living up to your username in your knowledge of these bygone technologies.

I hope Rhino for Mac can manage to add that extra line of script that reads CRLF as LF soon as having to type enter every time i need the text to wrap is cumbersome on architectural drawings with long notes.

I have learned a new found respect for typewriter users though.

Olde Phartes like Mitch and I weren’t grumpy when we were young.
Life made us that way…

BTW - After Rhino V6 for Windows ships, and the Mac WIP shifts over to the V6 codebase, then these sorts of “rich text” formatting tools will be in Mac Rhino too.

Great thanks John. Much appreciated!

Hello,
I’m currently following the Rhino level 1 training manual using Rhino 7, and the instructions do not work. I turned on control points, dragged the gumball to the left of the text to wrap it, but nothing happens. I’ve always edited the text in the leader edit menu, but would like to get the point drag to work as described.

Thanks to anyone who can help.

I turned on control points, dragged the gumball to the left of the text to wrap it, but nothing happens.

That seems to work fine here.
Can you please post your 3dm file? I’m not sure how “leader edit menu” applies to text and, perhaps, your file throws light on that…
-wim

Thanks Wim. I’ve attached the Rhino Level 1 practice file titled Dimensions, as well as the excerpt from the training manual that explains how to use wrap on the text of leaders. By “leader edit menu”, I’m referring to the box of options that opens when you double click the leader text. In the manual image (step 9), it does show two control points to the right, but I only see one when I turn points on.

Thanks, Mark!
That does behave badly, yes, and apparently only in the “Front” viewport.
I’ve put this on the list to be looked at: RH-69714
-wim