I think this was recently reported recently (can’t find the post), my Gumball is now frequently missing its arrowheads in some views… They reappear after some manipulation… They can be for example missing in two of the four views and visible in the other two. This is with SR10 RC and the latest “forced” Nvidia video drivers. --Mitch

Addendum: It seems to only be happening in Ortho views and it appears that the zoom level is influencing the behavior - when I zoom in they disappear, zoom out and they reappear.

And: I’m also having trouble with the Gumball completely disappearing, tumbling the view a bit brings it back… annoying.

Same here, on occasion.
Happens on both laptop and workstation if memory serves me right.

As a test, see if checking “Do not use OpenGL for drawing feedback items” in Options - View - OpenGL fixes the problem.

I am also seeing this happen on my end. It seems to happen most often when I zoom in close if I back out a bit the arrows reappear. I have seen it happen in top and front view, next time I see it I will see if changing my settings fixes it. I just started to have this happen in the last week or so. I have not yet updated to SR10 here is what I have on my computer today Version 5 SR9 64-bit (5.9.40609.20145, 6/9/2014)

All my best … Danny

As a test, see if checking “Do not use OpenGL for drawing feedback items” in Options - View - OpenGL fixes the problem.

Also missing the red and blue scale boxes in this image… 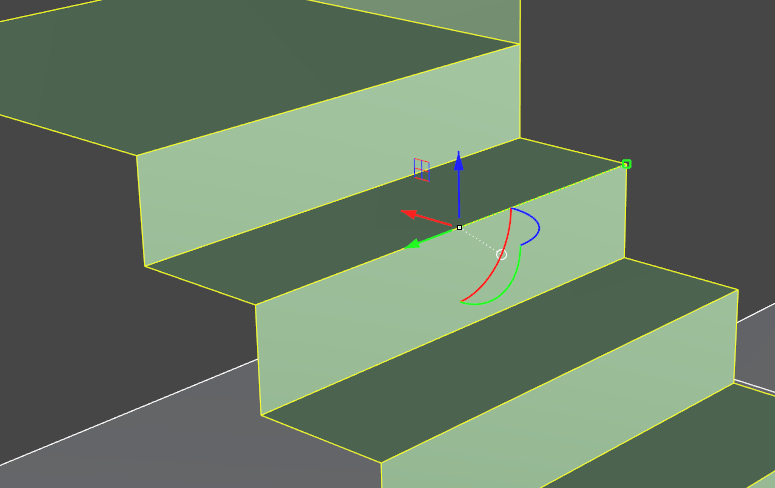 the red and blue scale box would be at the objects bounding box limits, and that is cropped by that image, are you saying they are not present? It is difficult to determine from what you show.

I’m also having trouble with the Gumball completely disappearing, tumbling the view a bit brings it back

This happened to me also…

And: I’m also having trouble with the Gumball completely disappearing, tumbling the view a bit brings it back… annoying

Why not, that makes no sense at all to me since it is a bug. Is it that difficult to fix?
The reason I ask is that Rhino 5 will be the tool of choice for many people for at least two more years.

This is the question that only @mikko or @jeff can explain.

It wasn’t a matter of “difficulty”…in fact the fix was quite easy… It had to do with whether or not there was going to be another SR for V5… It didn’t look like there was going to be, so the fix was only put into the V6 source tree. However, now that it does look like there will be an SR11, I have also fixed this in the V5 source… So look for this fix in SR11 when it starts its release cycle.

I’m also having some gumball disappearing issues. I’m up to date on my version of rhino v5. I just updated my graphics card drivers today as well. @jeff

Are you using a customized display mode?

It’s an Nvidia card Quadro K2100M (it’s a Lenovo W540 laptop). The display mode i’m using is the rendered view. I’m not sure if it’s custom, i tweaked the display options in properties so it shows lines/edges but that’s it. I’m also having issues where selected items are not showing up as highlighted even though they are…in the case below, there should be 2 yellow panels highlighted not just the one on the left

OK. Please take a screenshot of the setting on the OpenGL page under Options - View - OpenGL and post it back here.
Drivers prior to 340.66 were a problem. I think Nvidia has updated them several time since are are up to 341.xx now.

it’s actually happening with lines being drawn also in the rendered display mode, they will disappear depending on how i rotate the view. here are the opengl settings. thanks!

i just checked my drivers are at 340.66 and that’s the latest release. there aren’t any updates.

I’m also having some gumball disappearing issues. I’m up to date on my version of rhino v5. I just updated my graphics card drivers today as well.

I just updated my Rhino to latest build and I’m still having issues with my lines disappearing in Rendered view. It seems to happen more when i have to large surfaces being rendered…

What are your graphics card a driver details?