I recently attempted to use the fillet edges command in the solid tools menu on a rib generated with a 1 degree positive taper and the result is a fillet with artifacts. Not sure what’s going on here; however, it would appear that there’s an issue with the software executing this command on tapered ribs.

Are you sure it’s a solid? There’s noticeable gaps between the sides and front surface. Run Show edges to check for any naked ones.

Confirmed… It is solid and also shows as a closed polysurface in the properties panel.

Rhino fillets will find ways to fail. I’d explode the object, untrim the fillet. Then use it to trim the sides. Or try using surface fillets. Or use a good parametric modeler for big fillet jobs.

Thanks for the advice… I was planning on throwing the model in SolidWorks or Siemens NX for the same reason. I love Rhino (no mistake about it), but if there ever was one command I would to like to be more robust it’s this one particularly for the set of solid commands.

My, how nice it would be to just select those corners and have it round off properly! 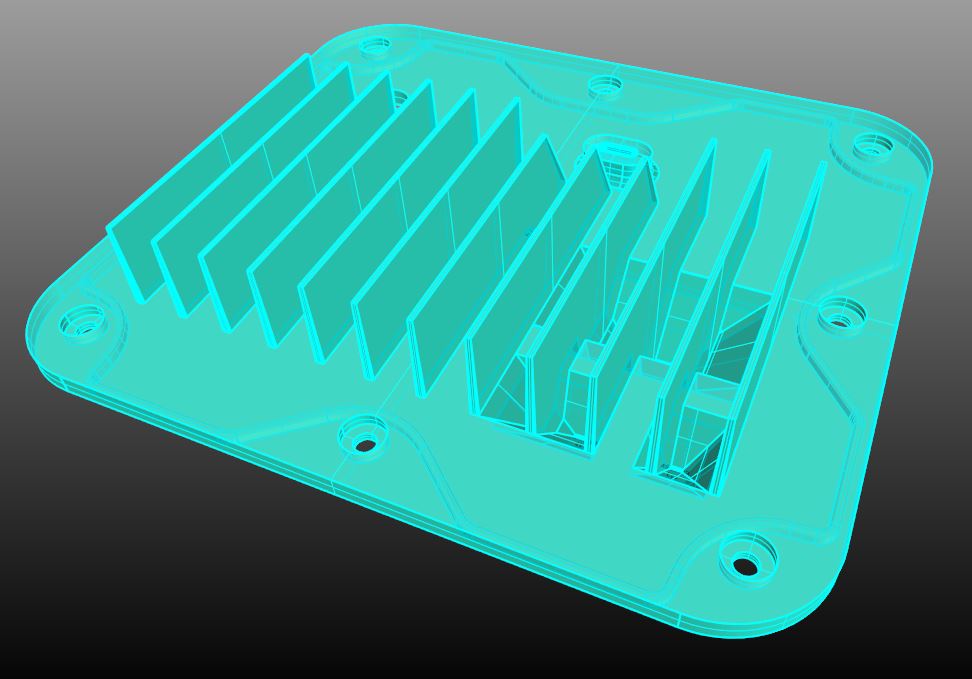 it will fail because you have 3 edges at each side instead of 2. 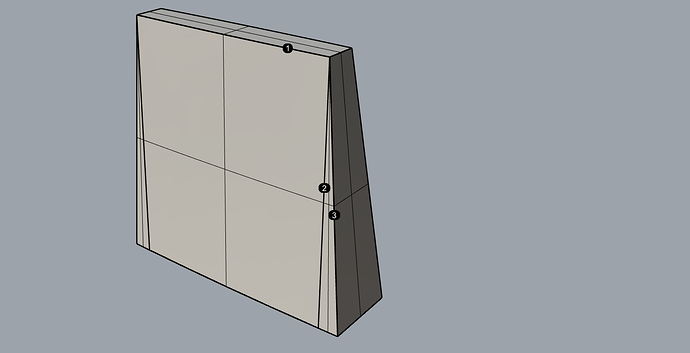 image1503×771 29.4 KB
the problem is the extrude tapered command, not the fillet ( at least this time)
if the input curve are straight lines, run MergeAllFaces before using Fillet, it should remove the middle edge

for that example you can also use Wirecut from one side to make all the rounds at once.

There’s still some stuff even the best parametric modelers will make a mess of. Then it’s back to rhino to manually create the fillet/blends with Pipe/trim/blend/match.

also, in this case you can use Explode and CreateSolid after the Fillet to solve each rib as below:

Diego - Thanks for the explanation I merged all faces and it now works! Greatly appreciate the help!