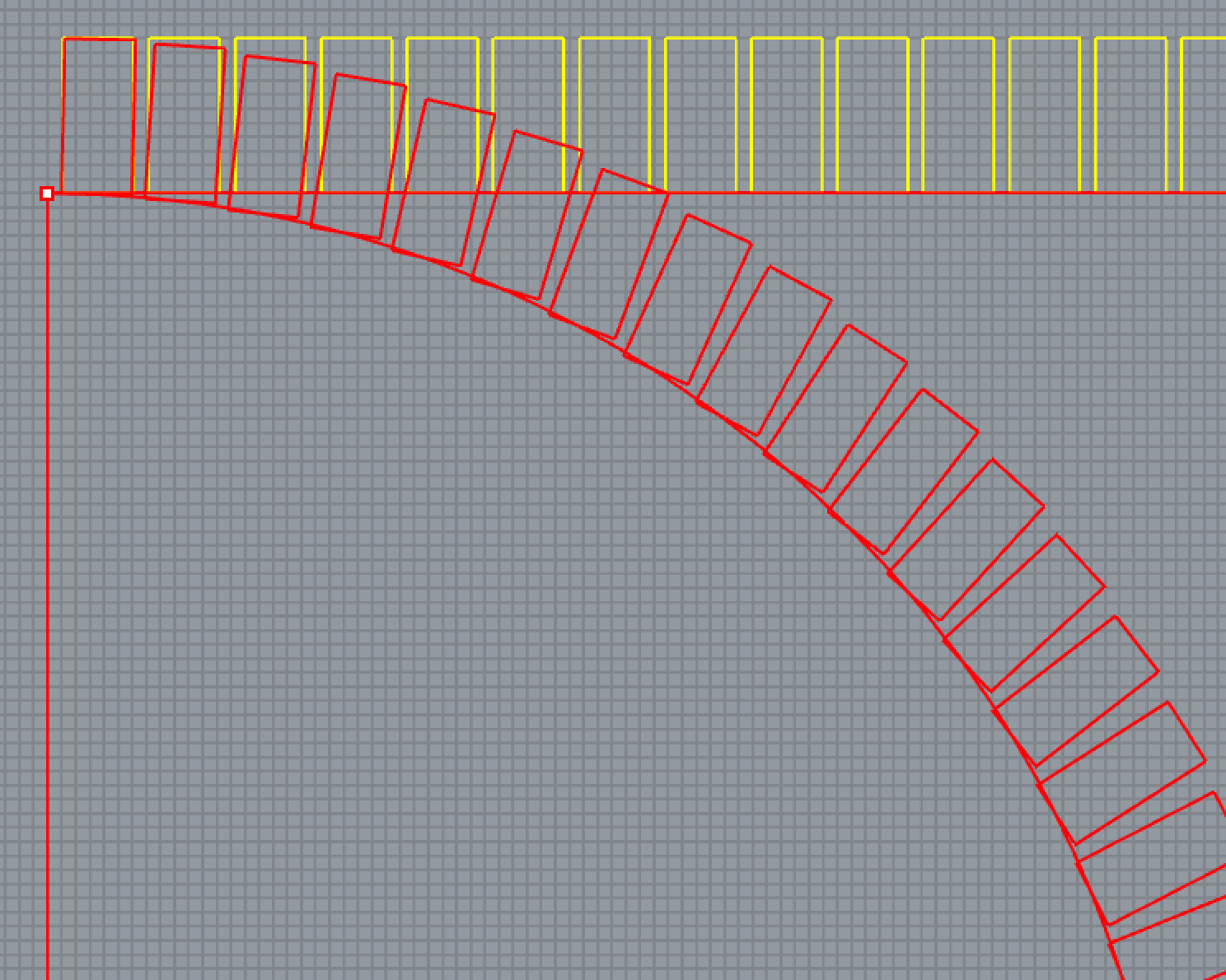 Hello - are they perpendicular once the command ends? The preview is a cheap trick. Hm - here they are perp, on Windows, I’ll go over and try the mac. OK, now I see on Windows as well - you need enough of them to see it. I’ll investigate.

Thanks for the report.

Hi Pascal.
After ‘done’ they are like the screenshot.

@Robbert_Vader - I’m told this cannot be made to work as you (and I) expect - you can use Flow to an arc with Rigid=Yes to get the result you’re after.

I see. Thanks for checking it out. Ill try your suggestion. Thanks!

Why don’t you try polar array. 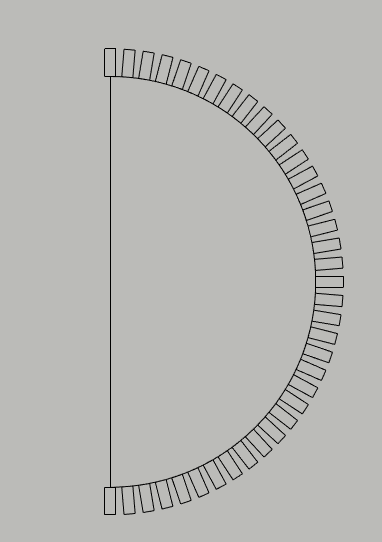 Here is a solution that uses flow along surface command.

Hi Mike. Thanks, wow, that looks super; just as i had in mind!
Im new to Rhino so don’t know all the right commands to get things done.
So i try and experiment with those I understand but im aware they’re not always the right one for the job.
I did array before though but remember the start and end didn’t equally distanced from the vertical line in my trial - why i tried to use the bend command instead but that also didn’t work out well.
But from the replies i will learn how to get it done well.
Thanks!

Robbert, no problem we are all learning. This is a harder task then it first appears, here is an explanation of what I did.WHen I tried a polar array it rotated the rectangle but in entering 180 degrees to array around the half circle it placed the first and last object at the zero degree and 180 degree location. Your example has the first and last rectangle within the 180 degree sweep. After posting my last picture which used the, " Flow along Surface", command found under transform, I tried the, “Flow along Curve”, command. that solution is the one on the left side of this image.

Youre a great help; ill rebuild my structure the way you did and hopefully the same results ; )
Thanks Mike : )