As a follow up to my wishes for a better _CurvatureGraph analysis for surfaces (V7-Wish for Curvature graph for surface improvements), I am thinking of an another visual way to examine the cruvature graph of surfaces with colorization in Rhino like this example from Alias. 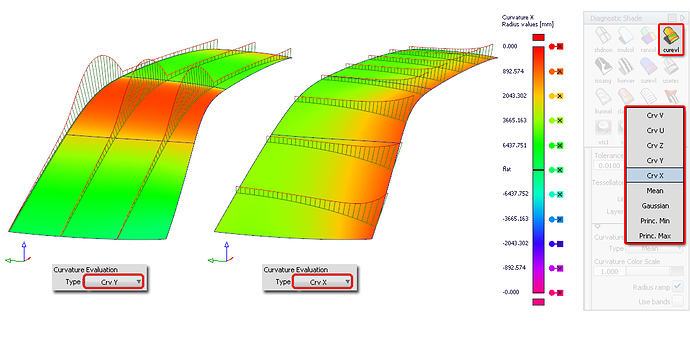 Hi Gerard - do you know if these are section curves - i.e. the graphs are for the curves only?

You can display curvature combs and other analyses on section curves, isoparametric curves and any other surface feature curve. That kind of functionality would really give Rhino a useful boost. Since Rhino already has basic curvature comb functionality, albeit not persistent, that should be straightforward to incorporate for surfaces? Then add proper NUV manipulation for CPs Surface continuity analysis and Rhino’s productivity features would be much enhanced.

Right, my question was about the curves in the illustration - I assume these are section curves and not attached to the surface, so the graphs do not know directly about the surface, but I wanted to know if that is in fact the case.

Hi Pascal,
For me, most important is the ability to add the color display representation of the curvature to a surface in U and V direction.
Regarding the curves, I have no idea whether they are isocurves or sections. To my opinion Rhino should have the ability to have a lines plan option that makes stations/buttocks and waterlines in real time based on the display conduit and not real nurbs sections because that is slow at high resolution (many stations/buttocks/waterlines).
This wish is not only interesting for the marine industry, but also for other industries. 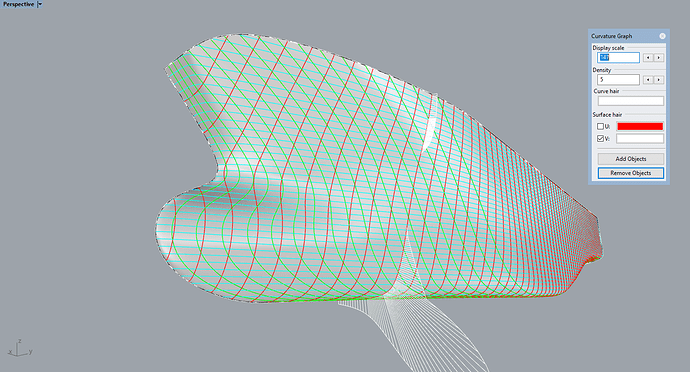