I have been having a problem with VisualARQ objects just disappearing from a project. I can recreate the issue in layout mode. If I am creating a layout with multiple viewports I normally start by laying out in wireframe for speed and then switch to “realistic” or “shaded” for final presentation. However, if a have a VisualARQ section cut and turn that on and then switch to the VisualARQ “realistic” style, the VisualARQ sections and VisualARQ object just disappear/get deleted. They never return and I have to go to a backup file to copy/paste them into the current project. This also happen when doing other commands in Rhino but I only notice the VisualARQ objects are gone at a later point so I am not sure what I did that caused the disappearance to be able to recreate it. I am assuming this is something to do with the way VisualARQ handles blocks because if I explode the VisualARQ objects they do not get deleted.

This has been happening during my Master’s in Architecture finals so has been extremely time consuming and frustrating. I would like to find out what is causing it so that it doesn’t happen during next semester.

@Darren, @kevin.morenogata, @jon-vrin, we need more information to figure out the reason of this behaviour, which we haven’t be able to reproduce so far.

Any clue from you or any other user that experience the same issue will be appreciated.
Thanks! 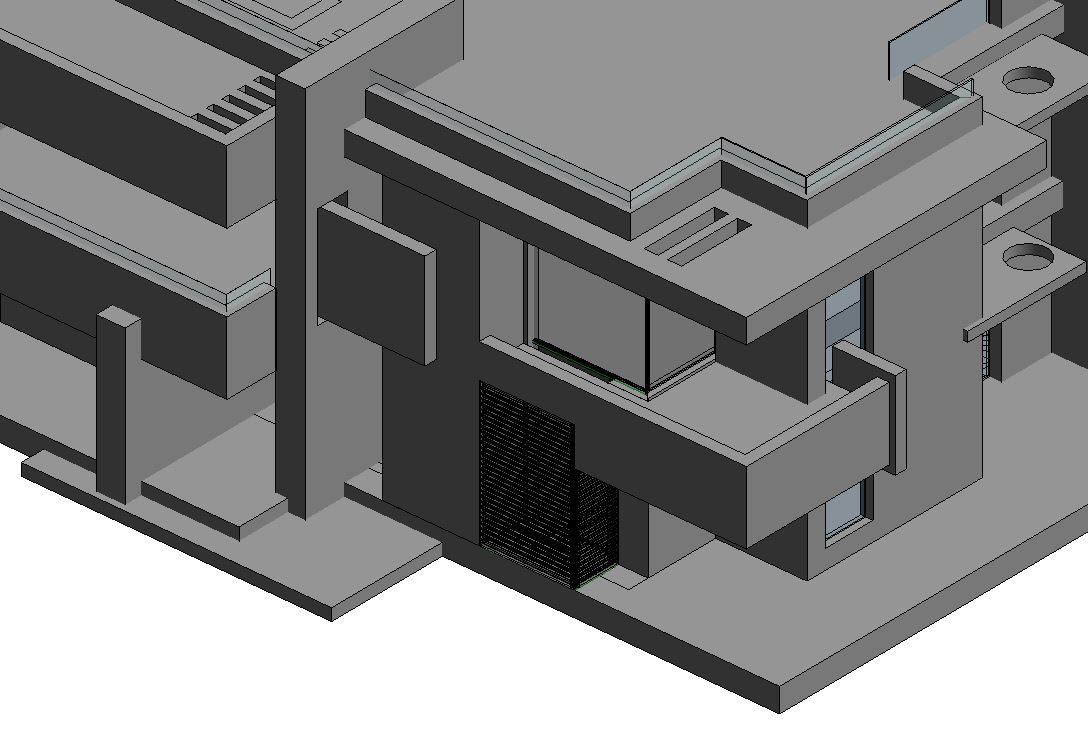 In this file the rest of the villa

Once again the villa disappear or deleted !

I’m out of the country at the moment but when I get back I can reload that project and try to reproduce the disappearing VisualARQ objects. It was mainly after changing viewports and turning on and off VisualARQ section and plan cuts. I haven’t extensively used VisualARQ since then as it was so time consuming to have to recreate the objects every time when on a deadline.

@jon-vrin, @kevin.morenogata, @Darren, could you tell us the list of third-party plug-ins for Rhino and Grasshopper you have installed (with the corresponding version) in order we can find common patterns to figure out how to reproduce this behavior?
Thanks,

i dont use grasshopper ) i have a v-ray next only .
After the download of the V-ray problems appeared.

After checking some files from three different users that has reported the same bug, I found in all cases V-Ray 4.00.01 adv plugin was loaded, so my first assumption is that there is some incompatibility between VisualARQ and V-Ray Next.

I’m not telling this is a bug in V-Ray. Just that we need to check if both plugin work well and see if we can find the problem and fix it.

I’ve downloaded V-Ray Next 4.00.01 so I can start testing. I you have any clue on what were you doing when objects disappeared, please let me now.

When this was happening to me I had V-Ray installed but not Next the version before - could this have been the cause? Currently though I do have V-Ray Next installed but have been reluctant to use VisualARQ on big projects because of the disappearing objects. The other plugins installed are: Bongo 2, LumionLiveSync (but this was not installed in the last project), RhinoResurf. Hope this helps.

I’ve set the AutoSave time to 1 minute, created an extrusion and a column, rendered the scene with V-Ray, waited more than 1 minute, and as soon as I tried to move both objects, the column disappeared.

That’s good news, because now I can investigate what’s going on, and, probably fix it today.

Thanks for your help and patience!

I’ve been able to discover the problem. It seems there is a problem between Rhino automatic Drag command, Rhino AutoSave and how V-Ray saves their plug-in data, and this problem affects VisualARQ.

In case you’re interested, the problem is that when the user starts a drag operation on a document object, if X minutes have passed since the last save, Rhino starts an AutoSave, all geometry is saved in a 3DM, and then each plug-in is notified to save its plug-in data. It seems that V-Ray is calling some methods that makes Rhino to process new window messages, and as there are pending mouse message in the queue, Rhino starts a second Drag operation (nested into a Save). If VisualARQ is not loaded, everything seems to work fine, as most plug-ins don’t have custom objects. But VisualARQ has custom objects, and as 3DM do not support them, VisualARQ has to convert them to block before saving, and once the document is saved, objects are restored. As the second drag happens inside a Save, all VisualARQ custom objects are gone.

I’ve already contacted McNeel and Chaos Group about this situation.

Good news is that I’ve fixed the issue in VisualARQ, by disabling the Rhino window during the save operation, so no nested drag can occur. And the fix seems to work fine. Here is the latest installer for VisualARQ 2.4.4:
https://visualarq.s3.amazonaws.com/download/visualarq-2.4.4.13206-rhino6-setup-snapshot.msi

Please, download it and test. If nobody founds new issues, we will publish it next week.

Thanks for your help, and sorry for the lost work!

You’re correct. We do call GetMessage()/DispatchMessage() during save. That is because we save the state of our VFB window (lens effects, color corrections, size and position). That is the case with all currently available versions out in the wild.
The mechanism to “download” the state of the framebuffer, is also modifying the renderer state which of course caused the VFB to refresh. Since that is a GUI operation, hence the message pump.

In the upcoming version, that GUI operation no longer takes place, however I’m not 100% sure that the message pumping in this case was eliminated.
That being said, I’d like to have one more test here, just out of curiosity - VisualARQ without your fix, and a fresh version of V-Ray with the VFB fix. I think there is a slight chance your fix might not be necessary.

Could you point us to pre-fixed version of VisualARQ to download ?
Thank you

Here is the download link for VisualARQ 2.4.3, the previous version before the fix:
https://visualarq.s3.amazonaws.com/download/visualarq-2.4.3.13136-rhino6-setup-release.msi

Please make sure you uninstall VisualARQ 2.4.4 before installing 2.4.3.

unfortunately your fix is required. the VFB window still pumps the message queue, as I anticipated.