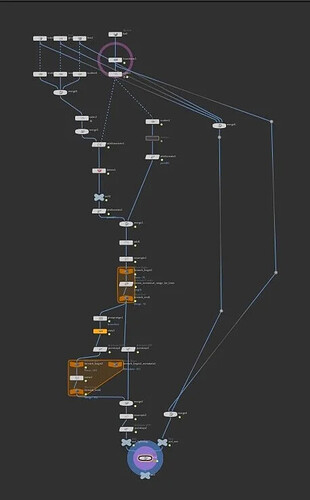 This gets requested every now and again. Can you tell me what problem this solves for you?

It’s visual accessibility, it would be great to have an option to choose between either.

Visually it mimics the logic of actual tree branches which branch vertically rather than in the horizontal. The data “flowing down” to these nodes that have multiple inputs I found is easier to follow, read, and organize. Especially when you have multiple chains of nodes in a script, the horizontal format can be really confusing for some, or just slower to make sense of what is happening. With a vertical option, these chains of nodes can be organized side by side without losing track of their correlation.

I find this format could be extremely useful to clean up larger scripts such as this example from the forum: 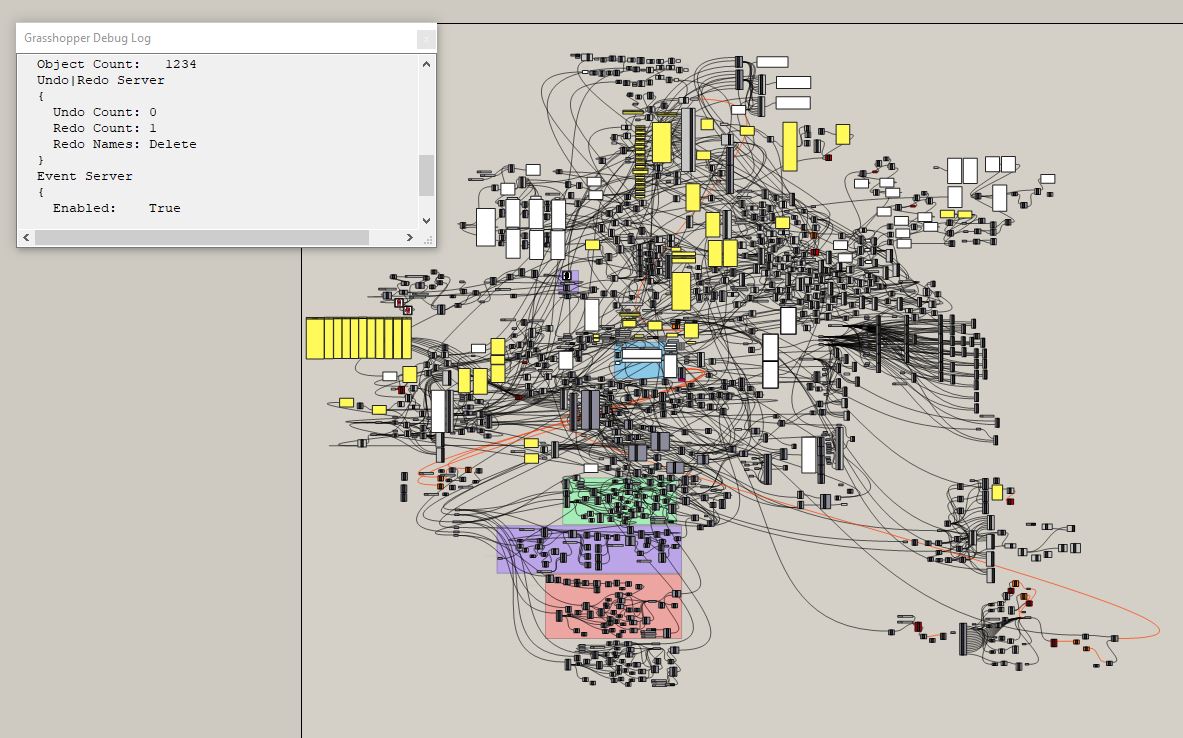 What's your largest Grasshopper script? [The Hall Of Shame] Grasshopper

An example of a large vertical script: 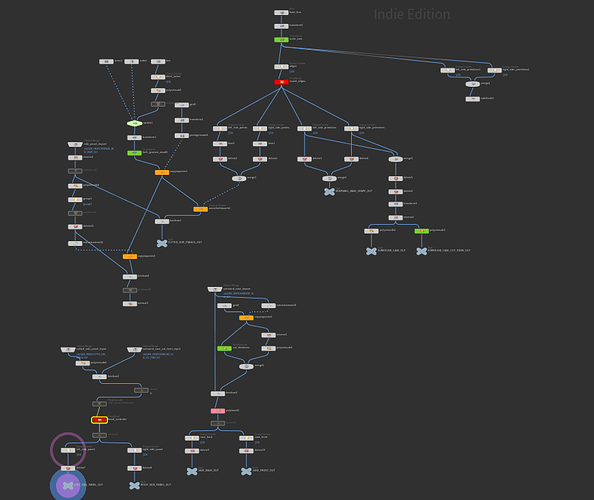 My argument is that larger scripts tend to go vertical naturally in grasshopper and for those vertically aligned folks who tend to get into large node networks it can be extremely helpful!

Thanks so much!
-a big grasshopper fan, Jas

I don’t want to give you the wrong impression; this is not going to happen any time soon, possibly ever. I also don’t really want to argue back when it comes to people posting wishes, because I don’t want to discourage that, but in this case I do have views.

Basically, it strikes me that horizontal or vertical layout is almost entirely a matter of personal taste. Arguments to do with organisational aspects and correlation work in all directions. Components can be lined up vertically or horizontally equally well. The images you posted aren’t even in the same ballpark when it comes to complexity, so they cannot be used as comparisons.

There is however an argument to be made based on reading direction. The writing systems of the World break down into essentially three categories; left-to-right, right-to-left (near- and middle-Eastern scripts), and top-to-bottom (many Asian scripts). The texts visible on the Grasshopper canvas are all written in either L-t-R or R-t-L, which means that those text blocks grow horizontally.

Let’s consider a component with three outputs called abcd, efgh, and xyzw. If the component layout is L-t-R, then they’ll appear stacked along the right edge of the component capsule:

However if the layout direction is vertical, the names have to be stacked end-to-end, with enough space between them to make sure you know where one ends and the next one begins:

This way components will become much wider, which is a bad thing organisationally speaking, although they’ll also become lower, which is a good thing. I think between these two opposing effects, the former is more worse than the latter is better.