Hello, I am interested in V-Ray 2… Whether it is possible to create in it the beautiful picture whether there are enough opportunities there? I somehow put - it seemed to me that there it is hardly possible to create something standing. Somebody can show qualitative the work made in V-Ray 2? Respond who used it!

Really in V-Ray 3 quality similar with V-Ray 2?
I need a qualitative render (realistic) in which it is possible to adjust normally textures, to work with different textural cards (like Normal, Displacement, etc.). Whether it is possible in V-Ray 2 or it has become already outdated?

If I use V-Ray 2, I will study it - whether I will be able after to use V-Ray 3 or he is completely changed in comparison with the previous version?

I think vray 1.5 and 2.0 is good these are few examples from DMAA, purely created in v-ray 2.0 and rhino5.
I made scatter grasshopper add-on to handle trees, grass and other proxies, simple sun, dome lights are enough.
I am updating scatter, that can handle better scattering stuff, texture mapping and etc. Which is not so difficult through rhinocommon.

I am updating scatter, that can handle better scattering stuff, texture mapping and etc. Which is not so difficult through rhinocommon.

It is possible in more detail about it?

I am interested generally texturing in V-Ray 2… What at him in it an opportunity?

Here (V-Ray 3, the official site) as though quality is higher… 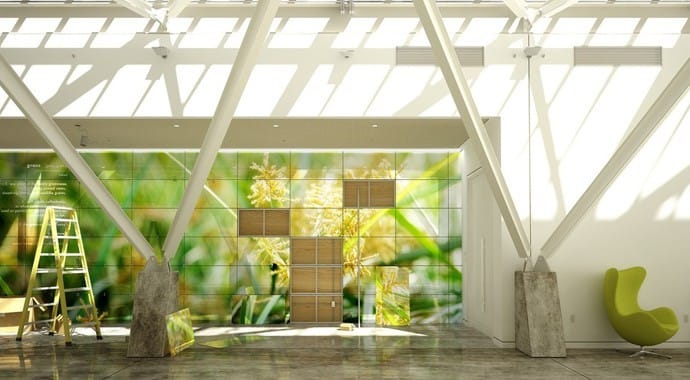 here you can find other works…

Vray is a very powerful tool …

You can get photorealistic renderings with both versions.

The 3.4 makes life a bit easier, but the end result always depends on you and your artistic sensibility

I agree with Pitti.

And it is not only about quality as vray 1.5 already had very good quality.
It depends on 3d modelling, compositon, texturing, lighting -> skills of yours understanding what details can represent good quality.

Scatter if few days I will update new version: 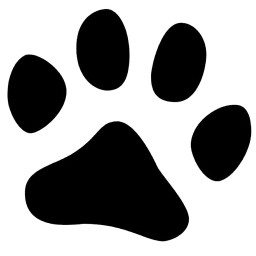 Scatter is a plug-in for grasshopper to distribute geometry with attributes. It is useful to bake large amount of objects instantly (for example

Pitti, works good in both cases!

I have a question! You it seems use V-Ray and I would like to know…

How V-Ray works with development?
Whether he works with these cards: displacement, normal, specular, reflection, ambient occlusion, roughness, reflaction, metallic?
Whether I will use V-Ray depends on it…

Vray works perfectly with any kind of texture, You will need to learn which slot to put each of the various textures that make up the material, it’s not difficoult, you will find a lot of tutorials on this subject…

I have understood, I thank for information! He most likely also works with development…

V-Ray 2 is good! Consumes RAM less than Flamingo, is optimized under not powerful computers, there is a rendering of regions, flexible control of materials, normal speed of rendering…

Vray 2 and 3.4 is totally different choice to start with, if you haven’t experienced either. Grant Warwick’s course helped a lot to me. https://vimeo.com/167603476 Big difference in Vray3.4 for rhino is that you dont have to study crazy GI or subdivs any more… And some additional material options (GGX) and Vray objects(vray fur and clipping plane…)

I also wanted to learn it. Thanks!

V-Ray 3.4 is way better than V-Ray 2.0. We have done a lot of sampling optimization in the V-Ray core and you don’t need to worry about subdivisions anymore. We need to change our way to think a little bit between V2 and V3. In V-Ray 3.4 we use intelligent sample. meaning that V-Ray will determine how many subdivision you will need for lights, materials and GI. So the user will not have to guess anymore. The learning curve for V-Ray 3.4 it is a lot less than V-Ray 2.0. V-Ray 3.4 it is easy to use. One slider to control the exposure (EV) one slider to control the DOF (defocuse) one slider to control the quality. More than 500 predefined high quality materials. Denoiser channel that allows you to render your image with low quality and V-Ray will remove the noise for you in a post processing. Round edges to add fillet to your model no matter how small are then edges. Clipper plane with the ability to use any object as clipper object. New and more realistic sun ans sky with Aerial perspective to create an Atmosphere effect (fog). Brand new color correction with color balance, exposure and White balance. Support for Rhino environment. Support to HDRI Studio 5.0. New materials like real Sub-surface scatter, carpaint with flakes, Stochastics flakes materials, Blend materials. V-Ray fur to create grass, rugs, hair, etc. The list of new features and improvement is huge.
In my opinion there is no reason to use V-Ray 2.0. We also not support 2.0 anymore. Meaning that if there is a bug in V-Ray 2.0 we are not going to be able to fix it.
Here is the help page for V-Ray 3.4 for Rhino where you can find more information about it.
https://docs.chaosgroup.com/display/VRAYRHINO

From a daily users experience I wished VfR 3 would be stable like VfR 2. VfR2 is rock solid, but my bug and UI issue list of VfR3 is very long and I’m waiting for fixes since months. I’m quite hopeless about the desperate situation since I use VfR 2 every day from early in the morning until late of the day. I hoped to use VfR3 instead the old version.

I have hundred of Rhino|Vray projects on my machine but if I try to work per VfR 3 I run in several problems after a few minutes - endless running CPU, LC at half CPU usage, 4 Windows task bar entries for each Rhino task, missing options, a lot of clicks to find options, no control of the output alpha … .

The most UI suggestions of the VfR power users for a better workflow were be ignored. My impressions is that cause that the community is dying at the chaosgroup forum. In the past I was one of the first who installed a new release. Now I’m demotivated to install the new versions and run in the same bugs again. Sorry, I wished I could be so happy about VfR3 like I was it for more than 10 years about VfR.

We are working hard every day fixing issues. Running old scene with old setting maybe produce longer time and some issues. We run a conversion script to try to convert old V2 scene into V3. Unfortunately, we could not cover all the cases all the time and could be some issues with old setting. In the past we use to have a lot of ASGVIS stuff in our code that were not compatible with the other V-Ray in other application. One of our goal with V-Ray 3.0 was to lay the foundation for a better compatibility between all the V-Ray’s. (better ecosystem for users and companies). Therefore we had to dropped most of the ASGVIS stuff and use the real V-Ray plugins. That is why for example we have a new noise, fresnel, new photometric scale, etc. So, I always recommend you guys to reset the setting if you want to use old scenes in V3. In this way everything in the setting will be in sync with the new core.

Could Vlado not spend more development power to VfR? Please ask him. Also more attention to the user UI input is needed.

For example is the secondary GI multiplier available again? I spent time to explain the usage and post examples. Was it wasted time?
https://forums.chaosgroup.com/forum/v-ray-for-rhino-forums/v-ray-for-rhino-general/952854-light-cache-multiplier

(Also an additional implemented poor mans option list editor would help. But not the export-import-visopt way, it’s to cumbersome.)