New to grasshopper. I’m trying to figure out a way to put a diagrid on this particular surface. I used trim to make the surface and cant figure out how to replicate the same using the conventional surface techniques. When making the diagrid, it covers the whole original area of the cylinder. I tried to use trim on the diagrid but that didnt give the result I wanted. I want the diagrid to start from the edge curves, not terminating their abruptly. Also, is their a way I can make the grids with equal spacing so that its easier to fabricate. 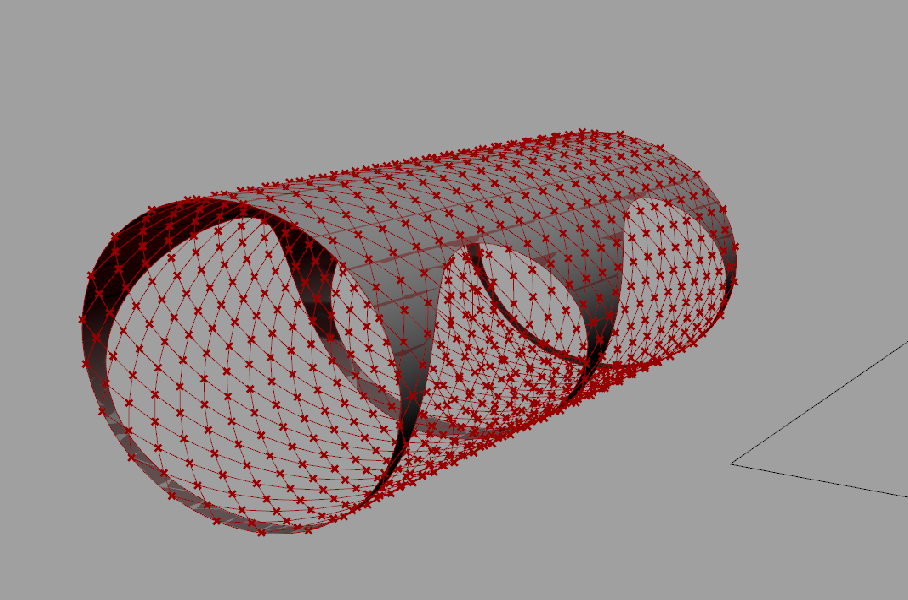 hi, have a look at this:
(most importantly: post file with internalized geometry)

You’re lucky that it’s summer and the forum doesn’t have much traffic!

I don’t know if this gives you a solution. the idea is to do the trimming after you’ve created the panels.

Hello, Thank you so much Aris, but I’ve already tried this. I trimmed the panels later on but that isn’t the result I’m looking for. I want the grid to start at the edges of the surfaces so that I can avoid as much cutting as possible

You’re saying that you want the cuts to be straight on the arcs. right?