Transparency cause ghosting in rendered mode

Here is the info (sample file, system info txt and exported rendered mode):
(sample file = simple box with custom material transparency set to 50% and dot in the file - the problem shows in any file though that has transparent materials).

I could not get Micha’s sample steps to work.
Curious to try the latest build that Jeff has tested.

Attached my scene and my display mode.

Thanks guys… @Micha @Jarek, can you also post your V6 version info…I’m basically after the build number and date.

@Jarek, I see you supplied the version info in your zip file…Thanks… It looks like you’re running the released Beta and not daily builds… My fix didn’t make into the Tuesday release… I just assumed based on the timings of this thread and the comments, that you guys were using “recent” builds of the day.

If you do not have a build later than 11/22, then you will not have my fix in it, and you’re going to have to wait until Tuesday for the next public release.

Sorry for the confusion.

I can confirm that the ghosting problem is gone in the latest BETA. Thanks for fixing it!

For a selected object I still get the display issue. 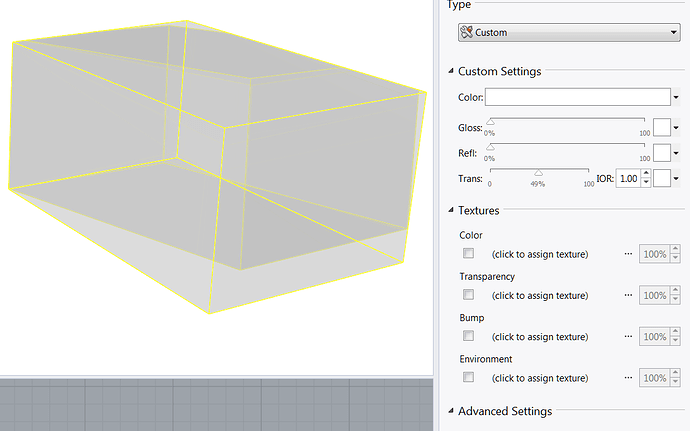 I’ll will try to see if I can reproduce this here…as of right now, I cannot. I guess the next thing to do is try it on a Win7 config.

I’ll let you know what I find.