I am new to Rhino/Grasshopper and I am trying to slice a Mesh (Imported STL, OBJ, etc file) based on its layer height and use that information to input in an GCODE generator.

I have managed to create a workflow (Attached below) but unfortunately I can only get the edges to be created without the solid boundary infill. I dont know how to Slice it a way to retrieve the boundary solid infills (Please see attached picture).

Can anyone help me in creating the workflow which can include the solid infill as well? 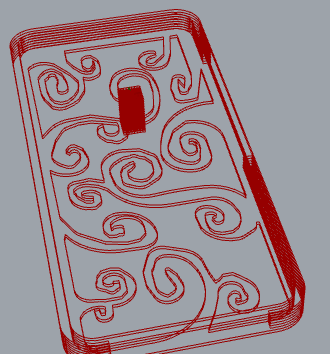 Boundary Surface? Six of your 14 planes don’t intersect the mesh.

That looks like 3D printing (or laser cutting) to me. Is there some reason you don’t use one of the many STL slicing programs already out there?

This is a radically faster (and simpler) model to get the same result:

I have tried using other models as well and I get a similar result, even if its a complete rectangular solid shape. (please see images below)prt0003.stl (90.9 KB)

I want to slice it based on the layer heights of the mesh and include the complete body infill solid information and not just the outer edges. 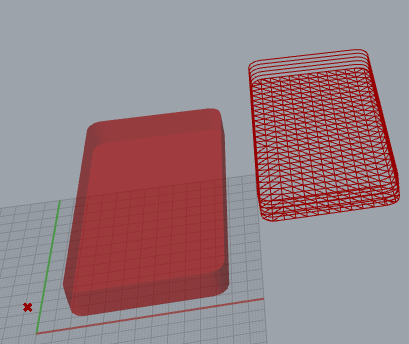 Yes, I want to 3D print using the non-planar method. I have the GCODE generator for it and the inputs are curves/polyline/lines. I can slice it in a way where only the outer edges are being created but not the boundary infill.

I want to slice it based on the layer heights of the mesh and include the complete body infill solid information and not just the outer edges.

Even simpler and faster!?

OMG thank you so much your flow is perfect. It solves so many of my problems.

Your second workflow is so much better. Thank you so much !

UPDATE: Is it possible to edit the workflow to include the layer height ?

Aha! Are trying to use the intersection of non-horizontal planes with the mesh to generate the tool path? That’s a daunting task for sure. Of course the holy grail would be the ability to slice the STL file with curved surfaces so you could print things like spheres that were truly smooth. But then this would require a totally different type of printing machine - something like a 5-axis milling machine.

Infill is generated mathematically and limited by the outside edges of the STL file. If you can find the curve that is the intersection of your current slicing plane and the outside of the STL file there are lots of ways to generate infill. But you have to be able to determine what is inside and what is outside, and that can get pretty tricky.

UPDATE: Is it possible to edit the workflow to include the layer height ?

Yes, as in version ‘a’ above, but doing so means the top plane won’t match the top surface of the mesh so that slice will be thinner. See version ‘d’ below.

I noticed that the second from bottom slice in version ‘b’ above (the orange one) is thicker than the others so thought it might be a good idea to cull the first and last plane. It’s a good idea but slicing still fails in weird ways. The largest number of pFrames ‘N’ (Count) that behaves well is 7, which yields eight frames that get reduced to six in the purple group. The top two slices are in reverse order from what I expect, possibly due to a small gap visible in the slice 2nd from top? I don’t know…