I’m developing a plugin for visualization purposes. When a user loads a file, a default black render environment should be set (instead of the default grey environment). As I understand I can save a rendering environment to a document, but I need it for arbitrary documents a user loads.

It doesn’t really matter if there is a solution in the Rhino-settings, Brazil-settings or in code RhinoCommon. It just has to be portable to other workstations.

I tried to save an environment in Brazil settings, but after restarting Brazil can’t find the environment anymore.

But this has no effect at all.

Maybe someone can point me in the right direction with this one?

@andy, is this something you can help with?

I don’t quite understand this request - it seems to be specific to Brazil, is that correct? Are you using Brazil as the renderer for your plug-in?

Sorry for the confusion… I’m using the german version of rhino so unfortunatelly I don’t know the correct english terms.

I’m looking for a way to automate this setting (gray -> black) either in Rhinocommon or a global Rhino setting. I guess this is independent from Brazil but I won’t care if it is stored in Brazil presets.

Our customer opens a document (*.igs, *.stp, or *.3dm) with a mirror geometry they want to visualize. They should not have to set the black render environmet manually.

Here are some images from the environment panel I’m refereing to: 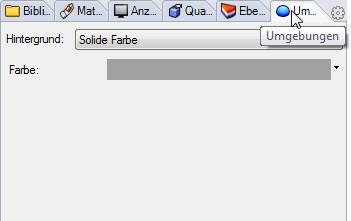 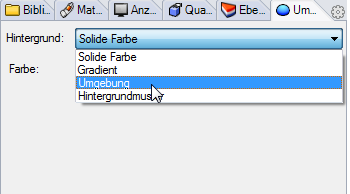 That setting is a Rhino setting. The standard way to modify those kinds of settings for newly opened models is to use templates - ie, modify the template files on the user’s machine.

However - it’s also possible using RhinoCommon or the C++ SDK. The black color is stored in Rhino.Render.RenderSettings.BackgroundColorTop - it’s a property on RhinoDoc.