Hi! I’m trying to create an “organic” looking furniture. I’m using Sweep1, and getting this result: 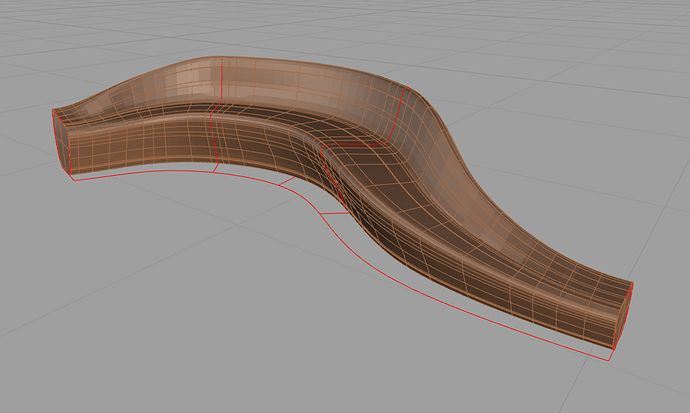 Captura1075×644 119 KB
How can I go about makind the ends rounded instead of being cut at the last cross section curve?
Back in the day I used T-Splines, but I can’t even remember how I did that…
Fillet edge of course doesn’t work.

just posted about a similar issue yesterday (doing the same thing with Grasshopper):

There already is a great thread regarding the topic of continuously capping irregular shapes: https://discourse.mcneel.com/t/quickly-capping-pipes/25029 There are some great methods mentioned, but there are two things that I am looking for: A method that works in Grasshopper and that works with curved lofts as well - as can be seen in the screenshot. [Loft_Blend] I already tried extracting Iso-Curves in Grasshopper and somehow blending them to a given point and then creating a network surfa…

In thread you’ll probably find what you are looking for (probably BlendSrf of two halves of the surface):

I’m looking for a way to quickly cap pipes. The pipe does not need to be a perfect circle, so feel free to alter the creation of the pipe if it makes creating the cap easier/smoother. The goal is a smooth cap for rendering. I’m hoping for a general process that works for round(ish) pipes, soft squares/trianlges/etc. I’ve attached some sample shapes and the cons of using a particular command. Pipe Caps.3dm (352.1 KB) [image]

Hello - is something like this about what you are looking for? 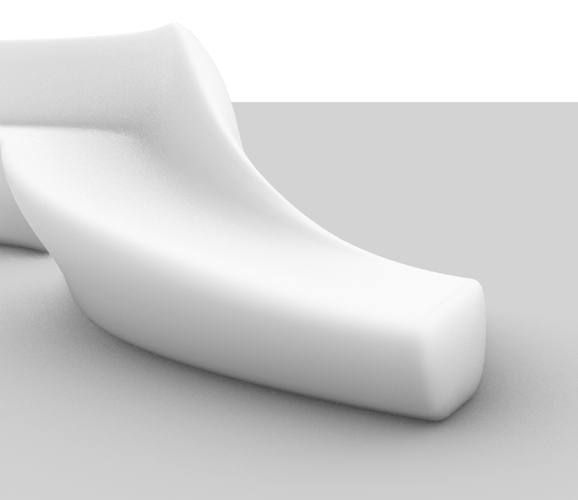 Hi Pascal! that’s using Patch right? That’s near what I want, but I would want it to be more exagerated.
The BlendSrf method that Rudi mentioned here Quickly Capping Pipes would be perfect, but I can’t get it to work

Thanks for this! lot’s of methods, I’ll see if I can get one of them to work

Hello - yeah, there is quite a lot of leeway -

The idea is you make your sweep from cross sections that are single splines, all the same, resulting in a simple editable surface - then you can round the ends by setting all the points - the entire ‘ring’ at the end to the middle of the next ring of points. i.e. collpase these to a single point. You can do quite a bit of iterative editing until you like what you see, and the ends will stay smooth as long as the sigularity stays in plane with the next ring of points.
bench_Maybe.3dm (152.2 KB)

Thanks a lot pascal, that’s perfect!
What method did you used to make my cross sections single splines?
Also, I’ve opened the file you attached but I don’t see the points you used to generate that closed surface. If I do a sweep1 with the curves in the files, I get an open ended surface… then what did you do?
Thank a lot for your time!

Hello - to make this trick work: