Hi,
been using v-ray for a while now and never had this problem before: the view I chose in rhino window doesn’t match the render view. at the option tab in ‘output’ I chose ‘get view aspect’ and still there is a problem. I played with camera lens, camera physical on and off, light, output size and visopt files and there is still a problem… please help!

It’s not only the aspect, it’s a different point of view. The rendered Camera is some meters to the right, compared to the viewport. Are you sure it’s the same viewport?

that’s exactly the problem, it’s not matching at all! yeah it’s the same view port. tried different angles and even exported the file to a new one, has the same problem

First, I recommend you save the viewport using ‘Named View.’ This will prevent any confusion in case you have two viewports named ‘Perspective’ which is possible. (it looks like you did this)

Second, make sure the Pixel Aspect ratio is set to 1.0.

Third, make sure the viewport size is unlocked, then click “Get view aspect.” 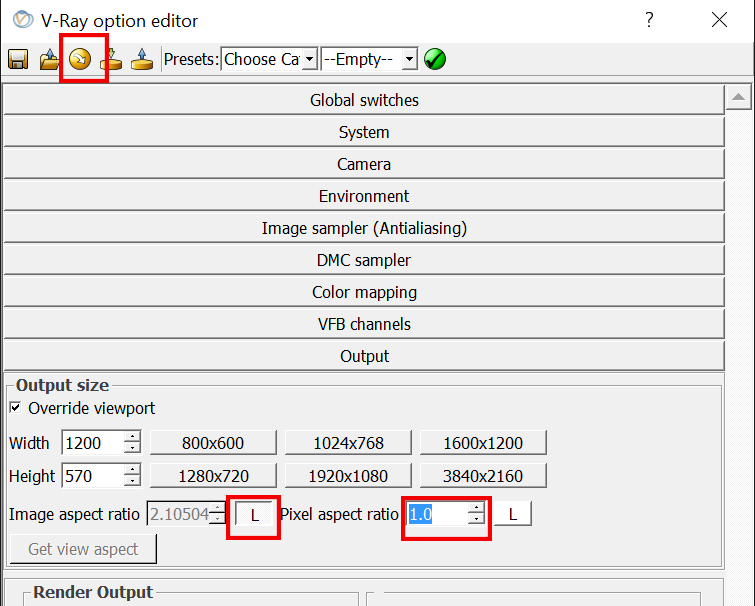 Camera settings to check. These are all of the default settings, so verify you have these settings first.

When doing architectural renderings, you should ALWAYS be using the Physical Camera. 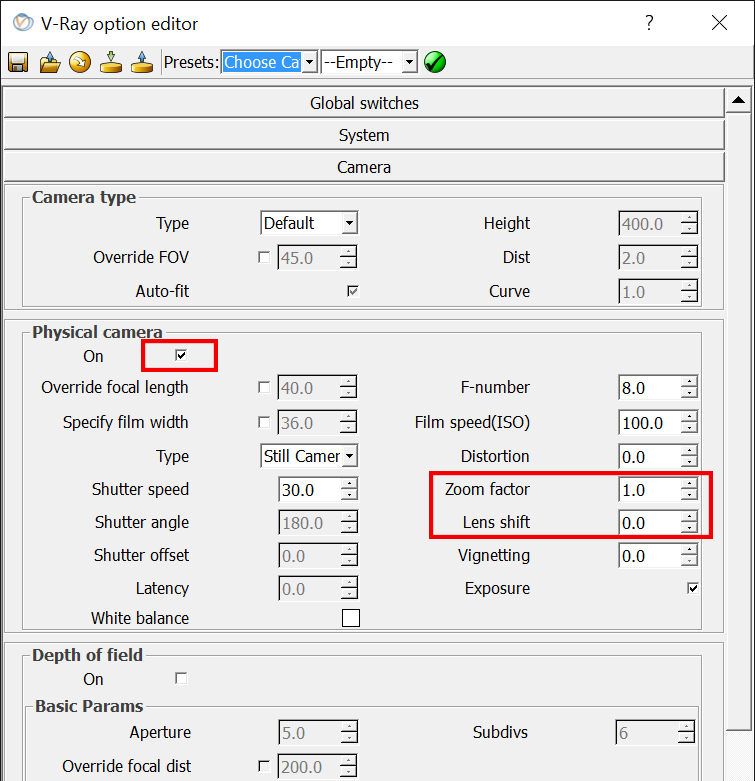 Finally, if none of those work, you may have a hidden setting causing the problem. I usually ‘punt’ and click on the V-Ray Load Defaults (at the top) and try again. That works 99% of the time.

Thanks!
have tried all of your recommendations, including loading the vray defaults, and still having the same problem

There is some definite lens shifting happening. I’ve never seen this problem before, so I love a challenge.

If you want to send me the file, I’d be happy to take a look at it. Use V-Ray → Pack Scene, and email me the zip to review.

If the file is too big, just delete all of the geometry behind the camera. It doesn’t look too complicated.

wow thanks! I’ve sent it via email.

This is not a problem of lens shifting. Looking at the rendered picture, the point of view is clearly some meters to the right, compared to the rhino screenshot. You can see through the corridor towards the far parts of the building. The information inside the rendered picture is different form that on within the screenshot. That effect could not be achieved by lens shifting.

At first, i would move the whole scene to the origin of your coordinate system. You use centimeters as units, but your scene is aprox. 1300 kilometers away from the origin.

wow!! it worked!!! thank god!
thank you for the help

You use centimeters as units, but your scene is approx. 1300 kilometers away from the origin.

Wow. I don’t even know you would do ever do that on purpose. Great catch and thank you.

My suggestion is to always center your file on the origin no matter what you’re working on. Not just to avoid weird camera errors, but it makes more sense for operations like mirroring and arraying. That’s also where your grid is centered.

I don’t even know you would do ever do that on purpose.

It often happens with architectural projects, when your site plan is based on a land surveyor’s data. If you have to exchange files with other engineers working on a project you can not always change the point of origin at free will.

For that purpose, create a separate “wrapper” file, where your model will be inserted as a linked block, with correct location and orientation (sometimes you want your working model not to follow north either). Then for coordination exchange, explode the linked block and send over that scene.

In similar fashion you can use this method to bring your team’s models that are far from origin into your scene - as linked blocks transformed to match your ‘close to origin’ file, that you would explode into your model.

create a separate “wrapper” file, where your model will be inserted as a linked block

That is a sort of a technical approach i never thought about. Up to now, we always used a more “human” approach - at an early kick off meeting, we collectively decided to discard the land surveyor’s funny idea of an origin point and defined a more practical one.

Great tips, you two! I learn something new from this forum all the time. Love it.

That is a sort of a technical approach i never thought about. Up to now, we always used a more “human” approach - at an early kick off meeting, we collectively decided to discard the land surveyor’s funny idea of an origin point and defined a more practical one.

I remember when I would import surveyor data, or occasionally re-create it from a text description. They apparently started the property ‘vector’ at one of the corners and ‘go around’ until it closed. That makes total sense that the origin would be so far away.

This is the best way for it. Its a safe frame plug in by looking glass. It corrects what you see. So, what you see is what you get.

Hi, you can also type VisGuessLenseShift and it’ll fix the issue. I found that to be the easiest way.