In Rhino 7, you added the ability to be able to move an object “vertically” in the direction of another object’s surface normals with the Move (Normal) command line option. 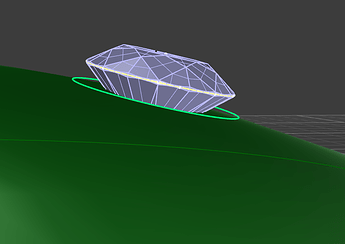 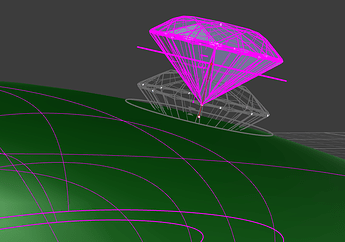 For Rhino 8, could you add the ability to move an object along the U/V directions of a surface/polysyrface? Being able to move this gem along the surface while it kept the same relationship to the normals would be game changing for many applications.

Do you want to:

Move an object along a surface?

Move an object along a U isocurve or V isocurve of a surface?

thanks for getting back to me so quickly, @davidcockey.

Ideally, I’d like to be able to move an object along a surface and have it remain in the same orientation relative to the surface.

In this example, I’ve used Orient On Surface to place gems on one side of a compound-curved polysurface. The last gem (selected) doesn’t fit my desired pattern very well. 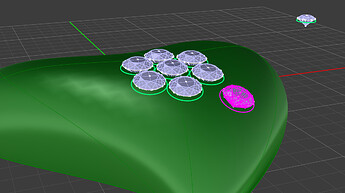 In Rhino 7, I have to delete the one gem and repeat the Orient On Surface command.

I want to move the gem so that if fits snugly into the pattern created by the other gems.
At the same time, I need to keep the gem oriented so that the big flat facet on top remains perpendicular to the surface’s normals, and also maintain the gem’s relative height over the surface (in the direction of the surface normals). 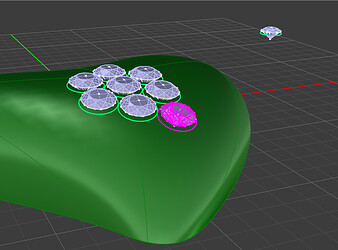