I hope everyone is safe amidst the global pandemic, I need your help. I am really struggling with an issue and its quite a few days now. I wanted to replace the rounded cylindrical columns in the multi storied building with the precast square columns (Attached in File named Precast Squared Column) i tried many ways but i can’t seem to find a correct path in Grasshopper Rhino 5. This may be due to the reason that i am a beggineer to Grasshopper. Any help will be highly appreciated. I have attached the concerned files in the post. (P.N: Compatible with Grasshopper in Rhino 5). Many Thanks in advance.

I used “move” to place the columns. But I think your columns are drawn in different model units so you would need to adjust the dimensions…

I must say that i didn’t know about the “Project” command and its clever use, but the problem still prevails that i want to get rid of these cylindrical columns somehow without hurting the algorithm. I managed to fix the units as you stated earlier. I want to have a model in which the Squared precast columns are parametrically adjustable as i move the slider with the slabs above and below the multi storied building. Many Thanks. 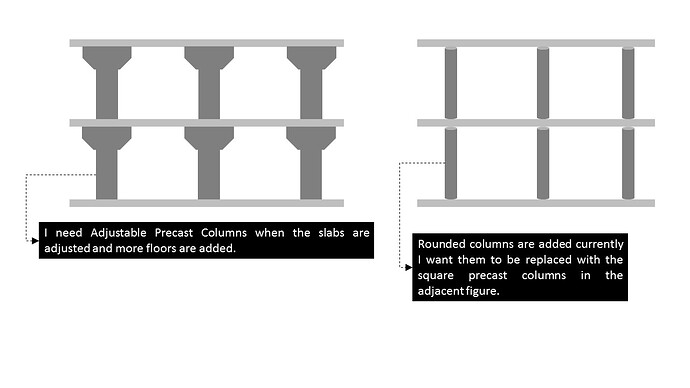 I want to have a model in which the Squred precast columns are parametrically adjustable as i move the slider with the slabs above and below the multi storied building.

I wish you had mentioned this before I started…

I made a small change in Precast Square Column.gh, joining and capping the three surfaces to make the column. Then I internalized the column a Brep param and copied it to the other file. 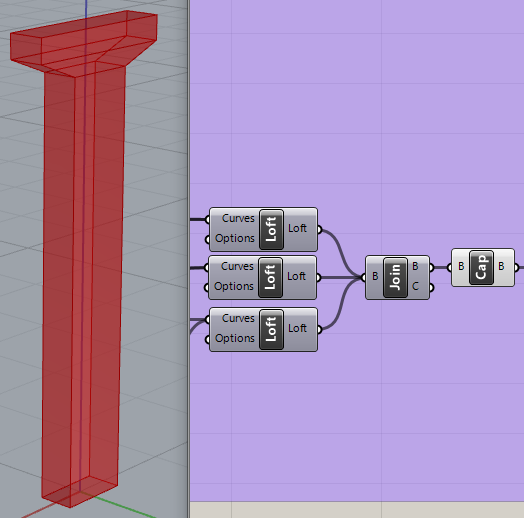 In the second file, Multi Story Building Definition.gh, I changed the way columns are made by moving the planes (points) before constructing columns using capped cylinders. Then I scaled the internalized precast column to match the height of the round columns (approximately, by eye) and used Orient to make copies using the same points I used for the columns. 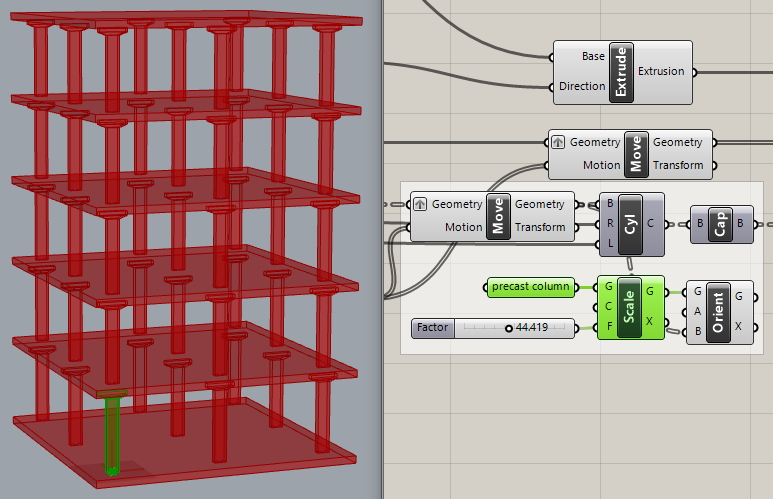 Combining them in one file makes sense! I’ll look at your updated file now. It looks messed up!? I’m sorry but I’ll leave it to you to make sense out of this.

P.S. Why are the two column styles not the same height? Round columns are 44+ times taller than the precast square columns! How is that supposed to work?

As i mentioned earlier that actually i want parametric (Adjustable) precast concrete component in the model (using the same parametric sliders as attached previously) to be attached with the slabs. The one that i downloaded Joseph in your file is a kind of static squared precast component and thus i cannot produce size variations from it. Still thanks for explaining the process. Really in anticipation for some help.

The two files you provided don’t use the same scale/units. Not even close! That’s up to you to correct, then the two can be combined parametrically. I would guess that of the three pieces that make up the precast square column, the top two are fixed in size and the long square part alone gets adjusted for length?

You can make your definition simple, there are many ways.

Than replcae your cylinder column by using orient component, why you didn’t put the new column in the same story file?
Do that , scale it to the right height and plug it into brep component

Yes, Joseph you are very right the units are different for the files because these were developed under two different scenarios. I will correct the units that’s on me as long as the algorithms work fine some how. Joseph for your reference i am uploading file just go to Page number 58 and Page number 65 you will see the specifications of what i really want (without reinforcements, these have already been parametrically modeled in the previous attached file). I hope some concepts get cleared about why i need parametric model.

No thanks. You read it and post a GH file that makes more sense.

Use these python scripts to change unit between mm ,cm,m and tolerance
Just insert it in any file and when someone open it the unit and tolerance changed in Rhino

Okay Sir let me make the units same for both the files.

Okay dear Seghier let me check it out too

Please combine them into one file while you are at it. We’re here to help, not do your work for you.

And please utilize the work I already posted, I’d rather not do it twice.

Here is an updated model where both the files are placed in one file as two separate groups as requested. Unfortunately, i could not incorporate @Joseph_Oster previous work because it followed a static approach of column placement. In anticipation, Many Thanks. 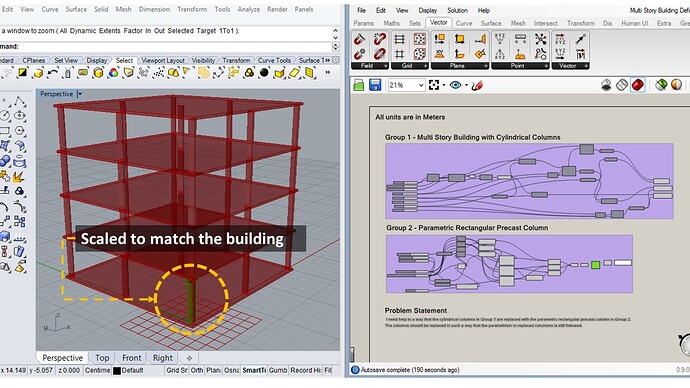 Dear Joseph you are the best many thanks just awesome. These few steps just took my sleep off Once again many many thanks God Bless You