I have a problem with capturing my view to file in raytraced mode and lighting. When I capture my view to file not all sources of light seem to be included in the render. Has anybody encountered the same problem. It takes a long time to render, could it be my laptop is not strong enough? I’m using rhino 7.

This is the view capture

This is a screenshot of my raytraced view 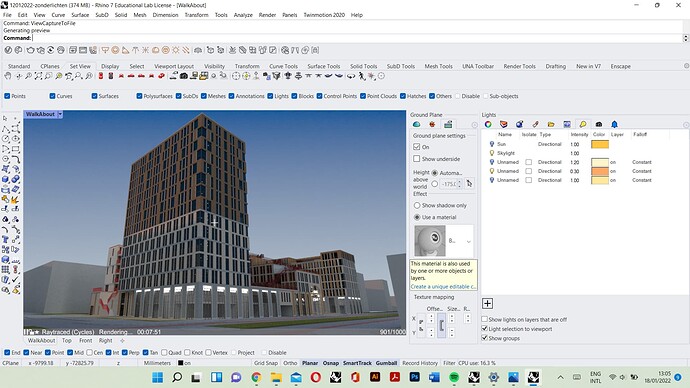 If you used _ViewCaptureToClipboard or _ViewCaptureToFile in the Raytraced viewport the results should look the same regardless of strength of computer.

If you can share the file with me using Rhino - Upload to Support then please do so. I’ll be able to investigate the issue. I have pre-filled my email address so that I get automatically notified when the upload has completed.

Ah great. I uploaded the file accidentally 2 times. I don’t know which is the first upload is, but it should be the second. Might be that I uploaded the same file twice, but one as a zip.

The _ViewCaptureToFile works fine for me. Make sure that current renderer is set to Rhino Render before you do the capture if you want to capture Raytraced. Setting a different render engine may cause changes to how certain types of data are passed on - like lighting and materials may be different. (I don’t have these engines installed: V-Ray, Enscape, Twinmotion). 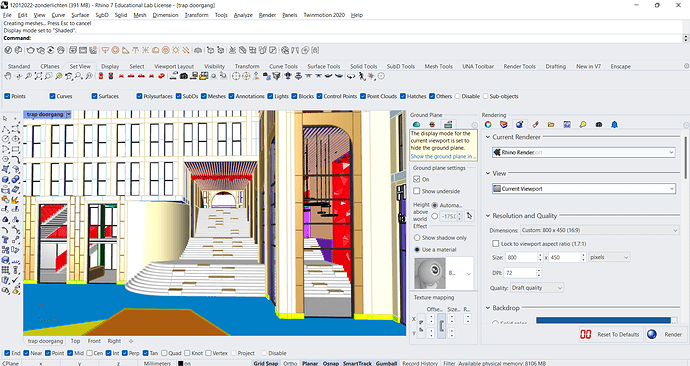 Hmmm, I think I’m rendering with correct engine, though I do happen to have all these three engines installed that you just named, is there any other way to turn them off? What does legacy rhino render do?

You can turn the other engines off by going to Tools > Options > Plug-ins, pick the “Plug-ins not shipping with Rhino” from the drop-down to quickly narrow down the amount of plug-ins in the list.

Then right-click on each of Enscape, V-Ray, Twinmotion and choose Enable Load Protection. Then restart Rhino and see if it works any better.

Rhino Render Legacy is the engine used in Rhino 6 and prior, it should not affect the result between Raytraced and its ViewCapture results.

Unfortunately, still doesn’t seem to do the trick. This is my system info:

I did a test on an Macbookpro M1, with no GPU at all.

Your setup looks good as far as I can tell, and your file didn’t show anything out of the ordinary. I’l check on my Windows machine still.

I’m sorry hold on a moment, it might be working… I got confused by the preview… The actual render seems to be fine in at least this instance

Btw, I never use ViewCaptureToFile or ViewCaptureToClipboard with the dialog. That is all too slow, and the preview I generally don’t need. 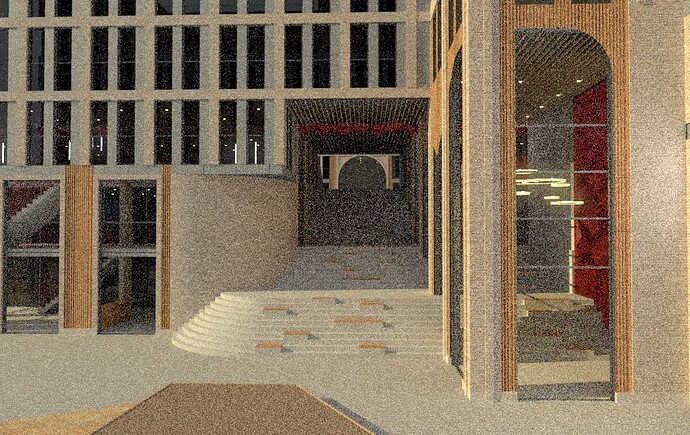 Your capture to file looks exactly like I have in the viewport, and these render correctly for both on my machine. 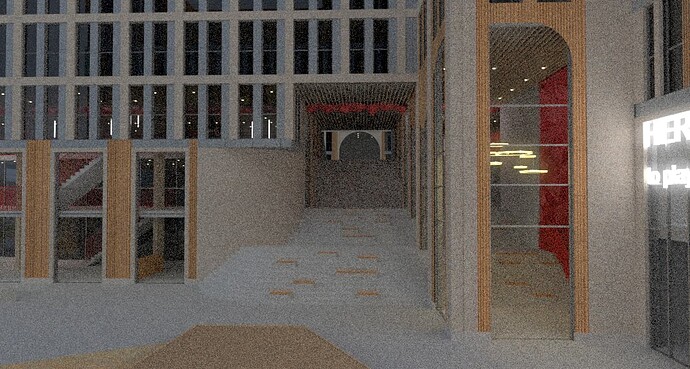 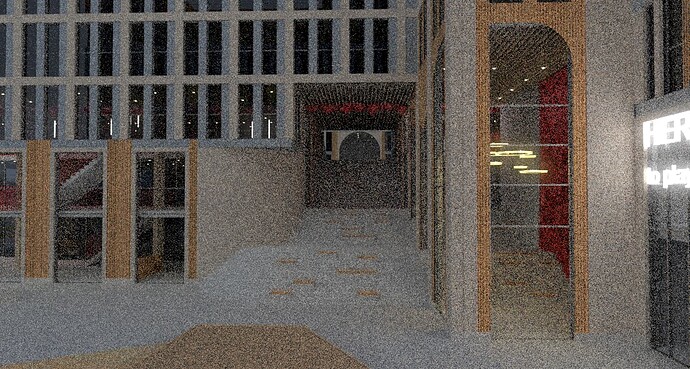 Looks like I have to turn on the directional light that has intensity 1.0 to get the light you’re looking for. It was turned off in my version. 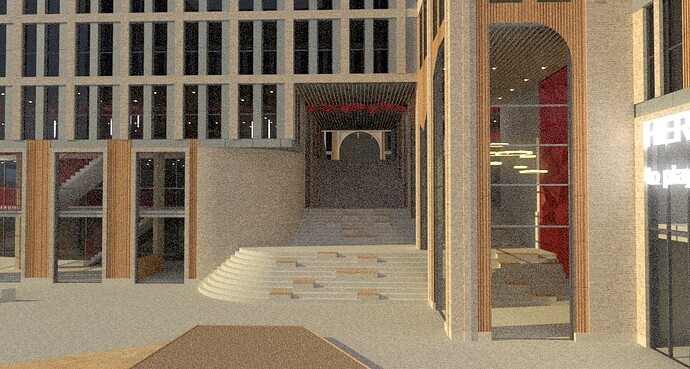 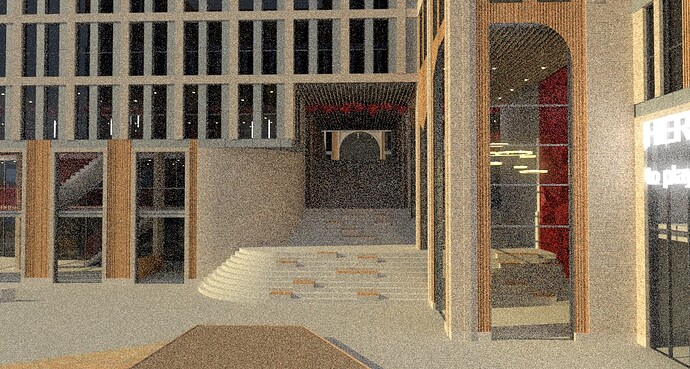 Ah yes, I’m sorry I miscommunicated that… I have know realized after running some tests that the resolution seems to be the bottleneck. Viewcapturetofile and viewcapturetoclipboard, seem to neglect the lights whenever the resolution gets to high. thanks for sticking around btw

seem to neglect the lights whenever the resolution gets to high

Higher than a set limit? Let me try capturing at scale 2 so the resolution doubles.

thanks for sticking around btw

Raytraced and Rhino Render in v7 are my babies, so I want them to work correctly (:

Rendering at 2308x1236 still looks good to me. (enabled denoiser to get smoother result with just 150 samples). 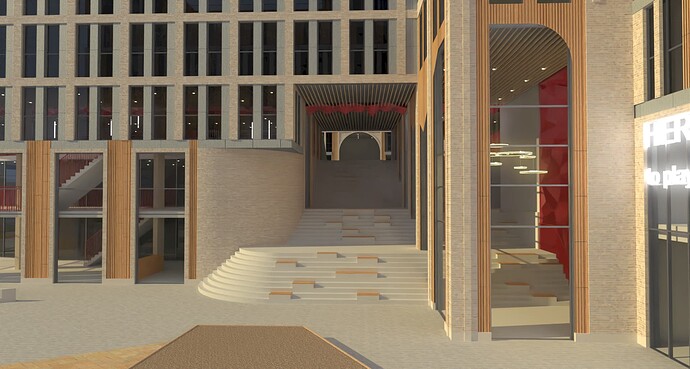 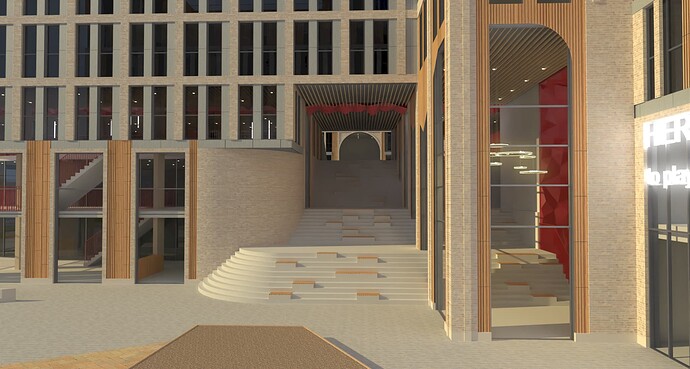 note: too bad discourse rescales all images, so no original size here, but render resolution for the 3-time scale is 3462x1854

hmmm whatever I’ve been doing it’s something wrong… now no matter which resolution I chose it is not showing the directional light… I don’t know if this is fixable… These renders look amazing by the way (: 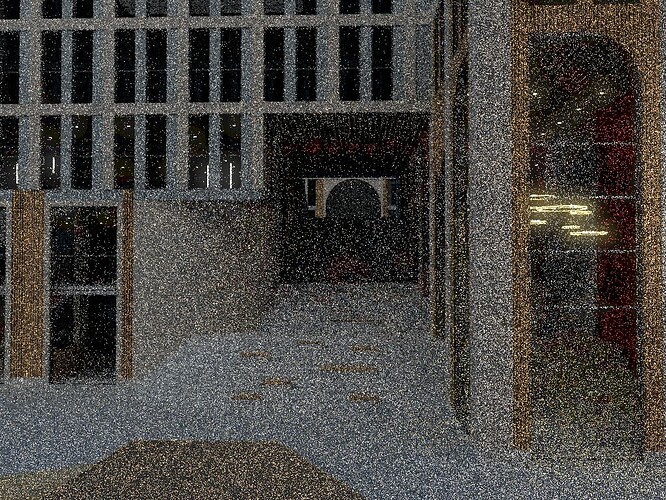 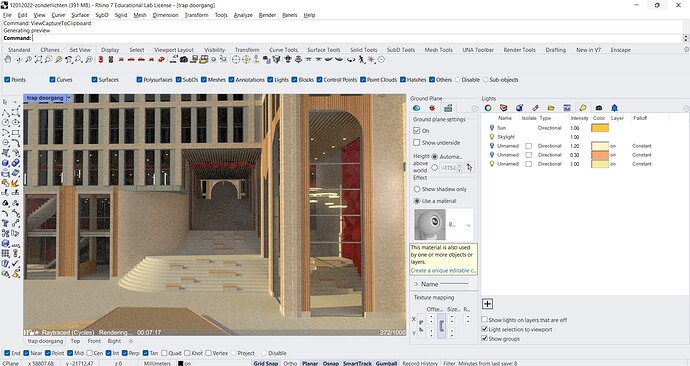 Can you please try using the dashed version instead? -ViewCaptureToClipboard.

These renders look amazing by the way

Easy when using a good model (:

Your last screenshot shows you using the undashed version, though, where you get the GUI dialog that renders a preview as well.

It should not matter really, but it does slow down the process of getting to rendering.

But if results are still inconsistent then I’m not sure what to suggest next. I’ll have to think it through and see if I can reproduce the reported behavior at all.