Hi, I’ve had the same problem but it didn’t fix doing the instruction you said…

Have you checked that “Tibidabo” and “VisualARQ” plugins are both enabled in “Rhino Options > Plugins” ?

Yes, none were installed, and I installed “Tibidabo” successfully but “visualARQ” was unsuccessful and it showed following error:
“Unable to load VisualARQ.rhp plug-in: application initialization failed.”

If neither Tibidabo or VisualARQ were listed in the Rhino Plug-in Manager, then there is a problem with the VisualARQ installation.

Please, try to uninstall VisualARQ and Lands Design (if you have it installed) and reinstall it again.

Which version of Rhino do you have installed?

I have Rhino 6.20 .
And yeah, the problem started when I installed lands design.
Is there any problem to have both (“visualARQ” and “lands design”) installed?
I need both.

It worked.
Thank you.
How can I have “Lands Design” with “VisualARQ” ?

Hi I have the same problem only when I’m using Rhino inside revit the plugin visual arq does not run, tried the installation process as above but an error keep coming up, what can I do to fix the issue? 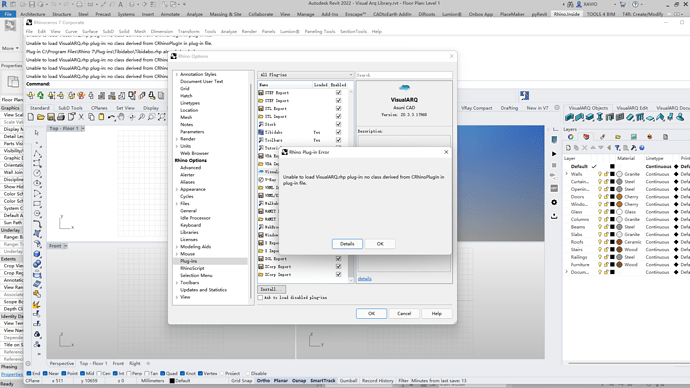 Hi Scott,
Check this Topic: VisualArq / Rhino.Inside Revit problem - #2 by fsalla
A similar problem was reported some time ago. It should be fixed already, but just in case, try that out. Also, make sure you are running the latest VisualARQ version (and VRay’s).
Please let me know how it goes.

Hi Francesc
I did exactly as instructed to resolve the problem It worked well, ThankYou so much
A little problem has occured and its the first time encountering it, the plugins are installed but its failing to

Hi Scott, What VisualARQ version are you using? just make sure you have the latest one: Download - VisualARQ
Let me know if you still get the same problem. 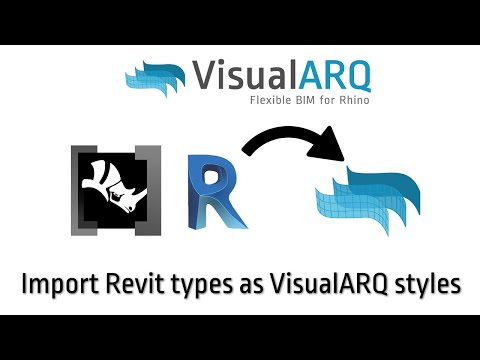 Maaaaaaan, thanks for showing it I thought it was my fault 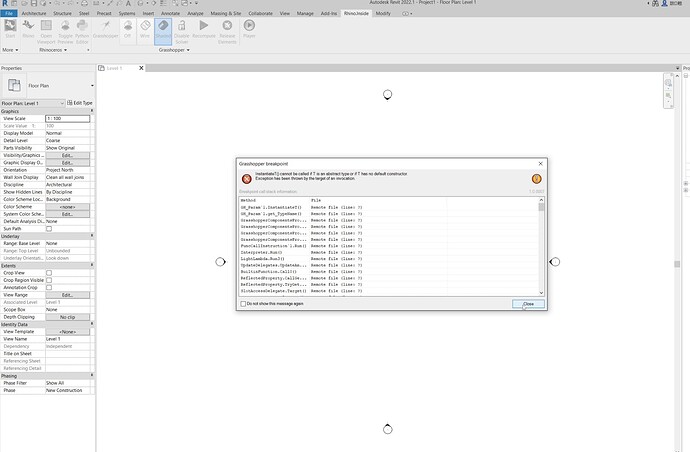 I have a a lot of errors while starting rhino.inside but i didn’t the problem that cause this problem and yes I get the hatch error at the end
after uninstalling visualarq, rhino inside ran smoothly without any error

@user992 we suspect that this error has to do with the fact the ironPython plugin was not loaded in the moment of loading VisualARQ. We have just released a new update of VisualARQ which fixes this error. VisualARQ 2 - Version 2.12.4 released
Please install it and try to run VisualARQ inside revit again. Let me know if the problem persists.
Cheers,

thanks for your fast response @fsalla 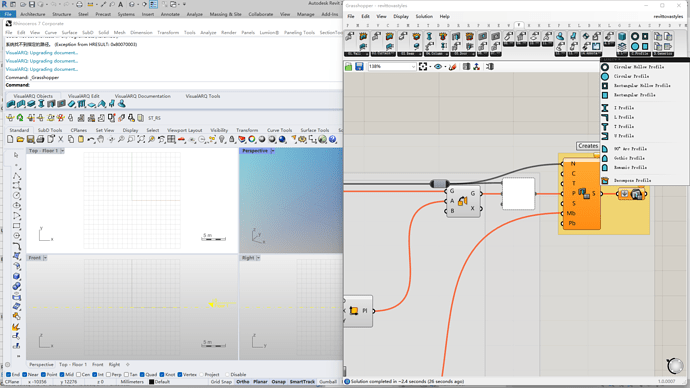 Hi Scott -
You are running a cracked version of Rhino. It’s difficult to know what happens in those…
-wim