Hi!
I need to orient a number of planes so i can construct some beams (Sweep), but I´m missing something, because it doesn’t work.
the first line is horizontal but its plane it is the most rotated. The are vertical lines that show this.

Any thoughts?
Thank you

You’re not providing a plane as Master input M to the Align component, but a line. This is problematic because I believe the line gets interpreted as the Z-axis of a default XY-plane or something. You thus lose all other axis information that is still relevant. 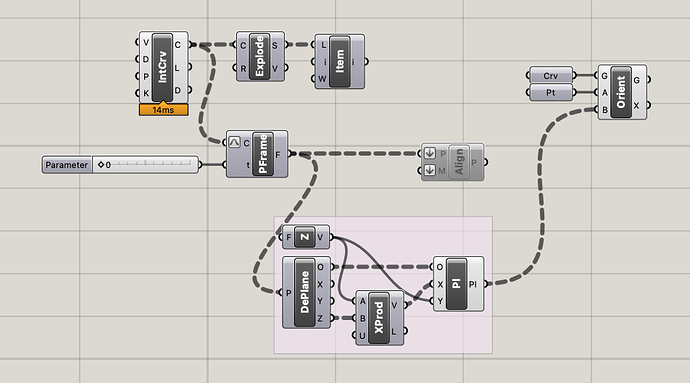 In order to remedy this, you could calculate the cross product between the world Z-axis and the normal or Z-axis of your current plane, which should give you the X-axis of a new plane, whose Y-axis becomes the world Z-axis, and is thus aligned to the latter. 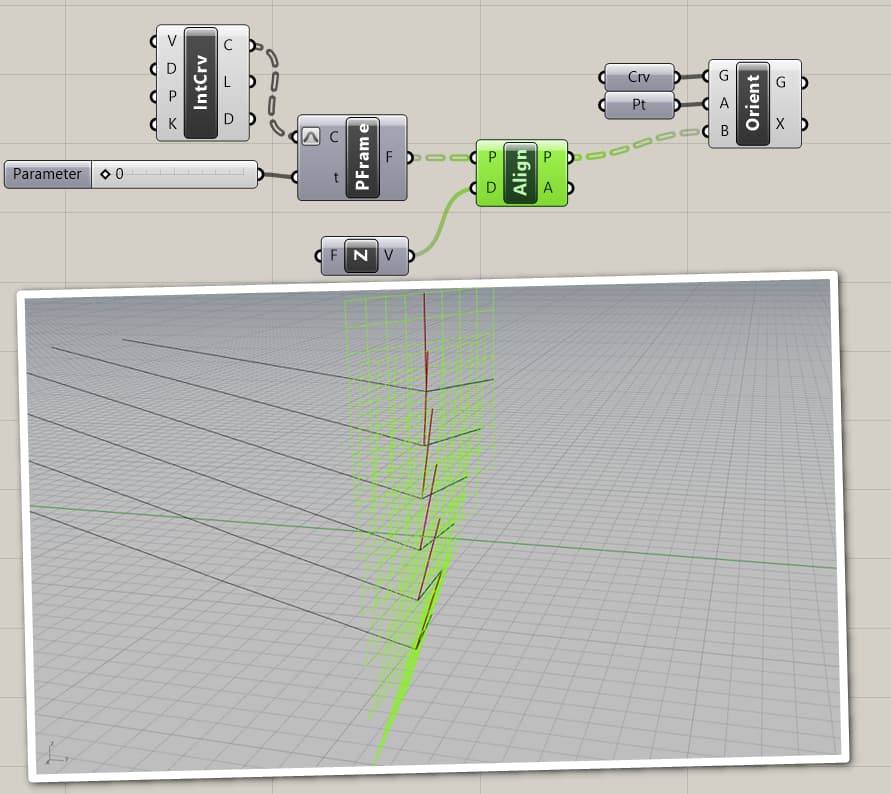 Would you please explain the “XProd” step? I don’t get why the cross product between “z” (which in this case is absolute vertical) and "Pframe"´s “z” (which are a kind of horizontal group of lines) is used as “x” for creating a new plane. 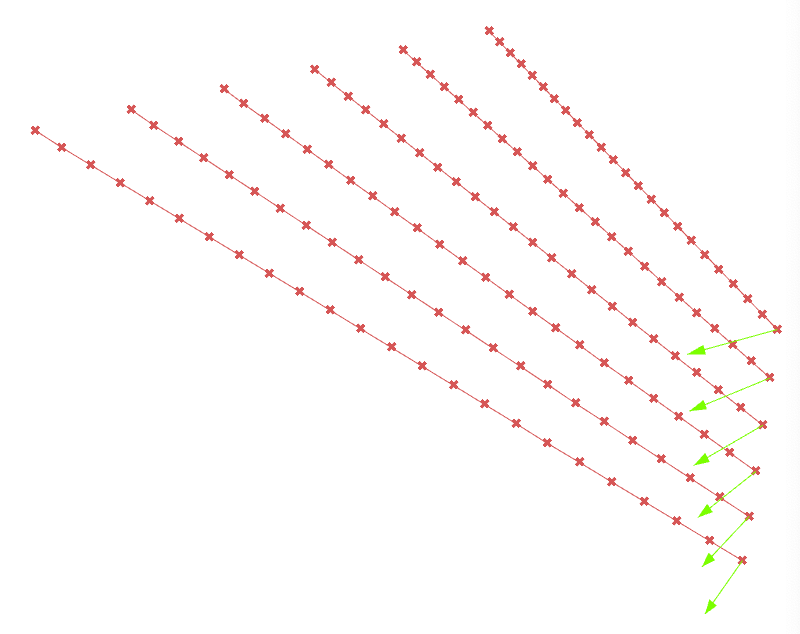