Is there an easier method than this?

Apart from the fraction to percentage math problem with this “workaround” is that for the next curve you want to do this on, the last distance value is still shown, so you have to analyze the curve length manually which adds even more steps…

(I know Grasshopper has this feature, but I’d like to know if Rhino has it too.)

Use percentage (a.k.a. percent) Osnap.

DETAILS: When Rhino expects point coordinates, hold Shift key and move the cursor to Osnap control. The buttons will change. For example, Disable button will become Percent button. Click the Percent button to place temporary points on the curve. Follow the guidance in the Command prompt. (You do not not need to set the Point Osnap because it is automatic.)

I just tried this, but I can’t get those snaps to show. It always says Project and Disable for me, even when I try a Split on a curve and the Point option…

Percentage does not appear to work inside Split>Point.

It always says Project and Disable for me,

Project and Disable are different buttons. Move the cursor to Disable button, NOT to Project button. By the way, the Osnap Percent exists in Rhino 6 and Rhino 7.

OMG! I would never have found that on my own, thank you. 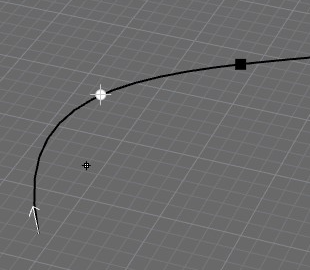 Why are the snap anchor graphics of percentage different from the regular ones?

They mark multiples of the percentage distance, you then have to select one to place the point - and don’t get too excited: you can only select one of them…

Hmm… well, it does seem that you can place your regular snap anchors (using control) on top of these weird black things and have them stick around after the first click… 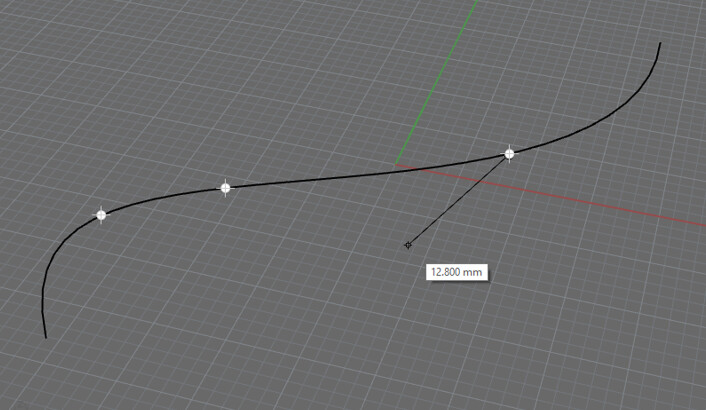 I’ve requested that the percentage option be extended to cover commands that require a distance along the curve:

Rhino 6: Finding object at certain length of a line Rhino for Windows

One for the heap?: https://discourse.mcneel.com/t/percentage-along-curve/131530/4?u=jeremy5 And a request: Could consideration be given to adding a percentage option to distance along curve functions like Divide and ArrayCrv? Or maybe a Point option, like Split, that could then take a PercentageSnap, would have wider application as it could also cater for setting intervals based on intersections without having to measure the relevant distance. Thanks Jeremy

How did you add percentage to the osnap?

How did you add percentage to the osnap?

I was holding the Shift key. (How could you miss it?)

Can you put that on a button on a custom toolbar like you can with OnSurface and PersistentOnSurface?

Percentage does not appear to work inside Split>Point.