Noob on Rhino trial - Any help to recreate a Sub-D model?

new user with Rhino 5 trial here. Trying to recreate a model which I made in a DCC polygon modeler. It seems so, I can’t get it right and hope for hints how to do such a model in Rhino. Watched several tutorials already but they use more simple forms. I used Loft and “surface from curve network” mainly but also tried other tools.

This is the original Sup-D model. 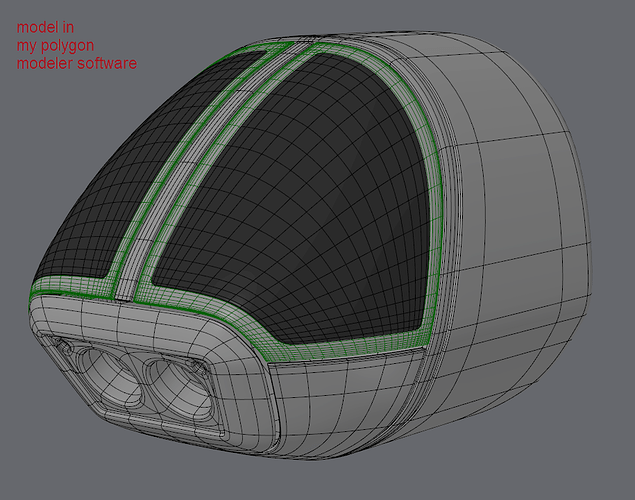 The result of Loft:

The result of curve network:

A test render with the oringinal Sub-D model: 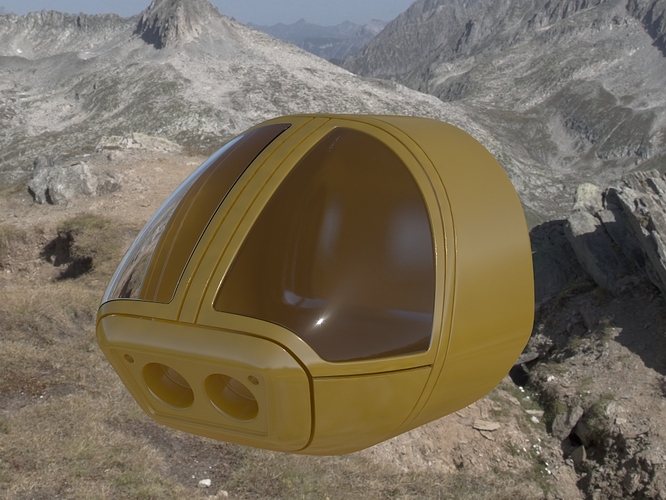 Thanks for tips in advance.

Ok, did not know that I can upload the Rhino file the same way like the screenshots.

The content is a little messy at the moment (trial and error with getting used to how Rhino works regarding layers) . The latest curves are in the “copy” layer.

Thanks for chiming in. 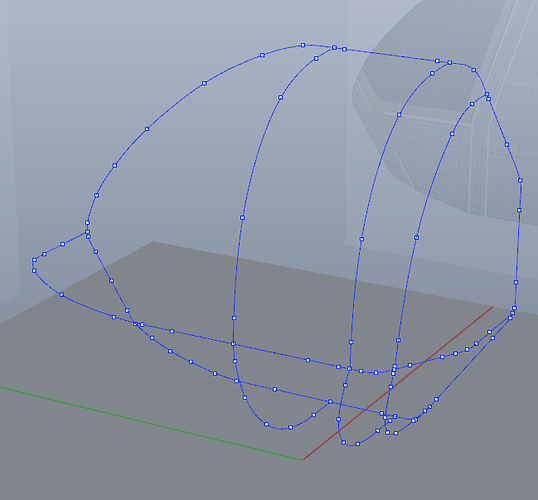 Result of surface from network:

New curves and network are in the last two layers.

I find the easiest way to get a clean smooth surface when making something like this is to use Loose loft. but I would not try to do the whole thing with one loft. .

I didn’t understand your new curves so I used the first set you posted.

In the enclosed file I used 3 loose lofts. First the middle one. When you get that part right the other 2 lofts are like blends that cover the high curvature transition areas between the areas without much curvature. All the curves used are edited copies of one curve,

You also should try to make the surface flow lines (isocurves) as straight as possible. Your shape transitions from a squarish in front to roundish in back You want that flow to not have any wiggles in between. That’s why I like loose lofts because you can control that while many of the other surface creation tools you can;t.

Thanks,
will try more.