Need some advice on my project

Hi , I’m stuck ; How can I model this pattern ?
I would appreciate your help 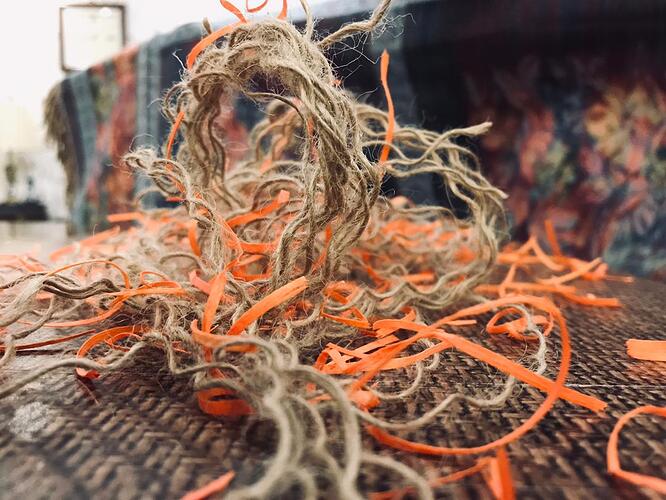 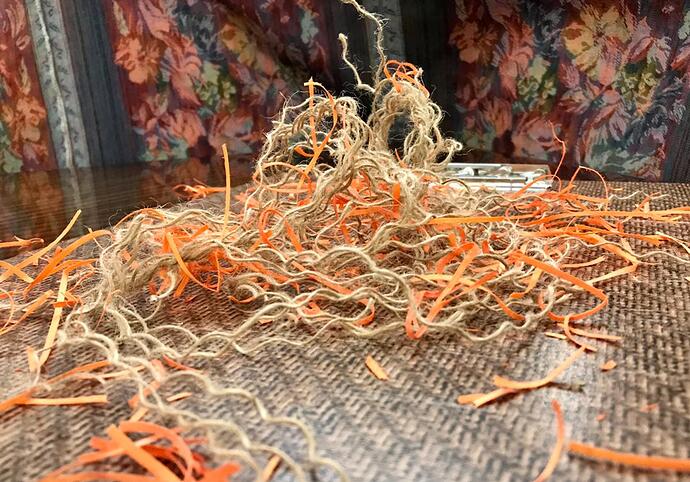 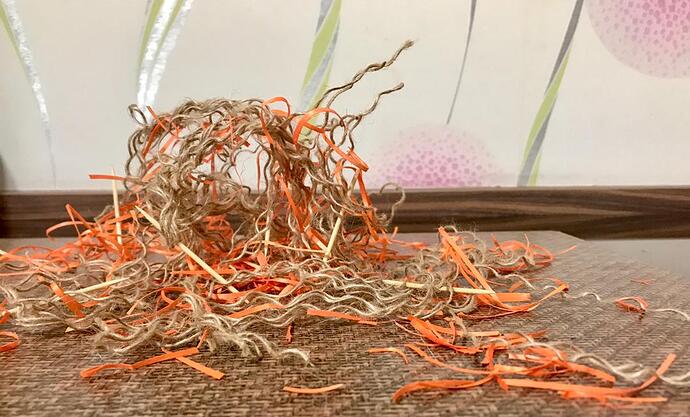 How can I model this pattern ?

I’d say with something like an agent-based system, where individual particles follow an invisible guide curve. The particles - usually referred to by agents or boids - have attributes like separation, cohesion, avoidance, etc., which determine how each individual behaves in relation to the flock and environment. The tooth picks could be obstacles to avoid.
If you record the trails of the boids, you’ll get curves that you either can pipe to look somewhat like the jute twine and others could be sweeped with a linear profile to look like the orange ribbons.
That said this is more involved than you might think and might involve some programming (e.g. Python, C#).

Yes, I get that the points are the beginning of the rest, but what I meant was rather, why you don’t do everything with an agent. For instance, the mover could start at a randomly picked point and visit all other points, thus drawing the curve. The jitter would be a product of its random walk. OK. I guess a non-jittery curve could be drawn by the agent that you then could apply your randomizing process to. Got it. Thanks for the explanation! I have an idea that I’m going to try towards the…

[pandemic_sim_04] Here’s a small update! What’s new? movers can now be delayed (currently randomly set on line 165) the ParticleSystem class now has an __iterations attribute that keeps track of how many times it’s update() method has been called (currently not used anywhere) pandemic_sim_V3.gh (210.9 KB)

Simply search search forums with the keywords that I mention above.

Thank you so much