If you happen to have access to Mcneel’s Crash Report it should have arrived around 22:48pm (UK GMT)

Is this something that works fine on Rhino 7 but crashes the WIP?
-wim

Is this something that works fine on Rhino 7 but crashes the WIP?

I havent checked that, but will test it by the end of today

If you tested the exact script above one thing to note is that it requires two viewports on a layout named xxxxx and xxxxx-CGeo (e.g. “viewport1” and “viewport1-CGeo”) to work.

I’ve tried it again on another machine and Make2D stopped crashing:

Changing unit absolute tolerance from 0.001 to 1 made a huge difference in the output

That might not be such a good idea, though:

At any rate, I’m not getting crashes here on Rhino 7 or the Rhino 8 WIP. Moving this thread to “Scripting”…
-wim

Thanks for letting me know, you are right 0.01 works even better.

There may still be an issue though with Making2D of linked blocks when run from a script (example 3dm file with a simple box and a sheet linking it attached here). It does work when run from “Make2D” command.

If you knew what might be causing it please let me know. 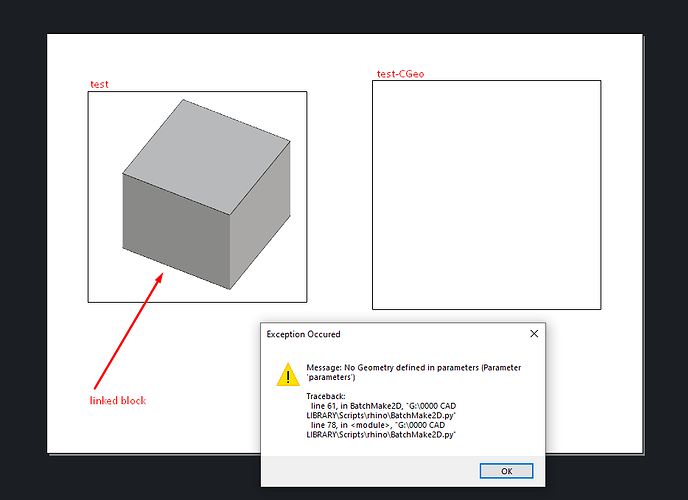 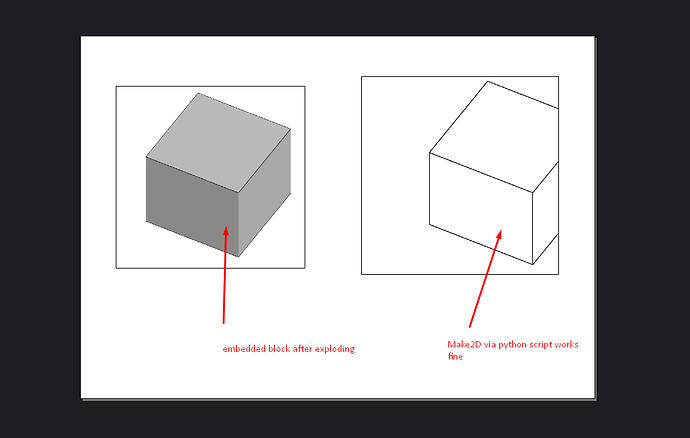 I see your crashing in the Rhino 8 WIP. Can you repeat the crash in Rhino 7?

I can see you’ve reported two crashes under the email of daniel.krajnik@chewoods.com, fwiw.

One of the crashes occurs deep in the .NET framework in what looks like a text (glyph) drawing routine. The crash occurs pretty far away from any Rhino function call. I’d suggest running Windows Updates and install all of them, expecially any .NET Framework or .NET Core updates.

The other crash is incomplete and, thus, inconclusive. But it does appear to be related to drawing.

Thank you for looking into this.

I see your crashing in the Rhino 8 WIP. Can you repeat the crash in Rhino 7?

It may be a bit tricky, there are many linked blocks that will need to be saved as Rhino 7…

I can see you’ve reported two crashes under the email of daniel.krajnik@chewoods.com, fwiw.

There should be one more crash under dan94kra@gmail.com from earlier today - I will try to use this email from now on to avoid confusion.

The crash occurs pretty far away from any Rhino function call

That is really good to know - thank you. I will look for the latest updates then.

A follow up question: Is this type of diagnostic something that a user can do as well (using for example dotMemory/dotPeek/dotTrace or similar tools)? Or does it usually require the core source code? It sounds like a really useful technique that might explain a lot of crashes.

For crashes in core Rhino, no. You need access to our debug symbol library (pdb), which we don’t make available.

No worries, thanks for letting me know.

I should add that you should try disabling all 3rd party plug-ins. I see you have V-Ray, perhaps others.

That’s true, there were some crashes even before installing vray, but if .NET Updates won’t help I will try removing plugins.

A bigger concern for me though is that make2d from the above python script doesn’t produce correct results in combination with clipping planes - solving this would really bring value for us now (model on the left, make2d(HiddenLineDrawing.Compute()) results on the right):

it’s a complex model, I will try to send a simpler sample if that’s okay

Please see a “Proof Of Concept” attached - solving it would be extremely helpful: 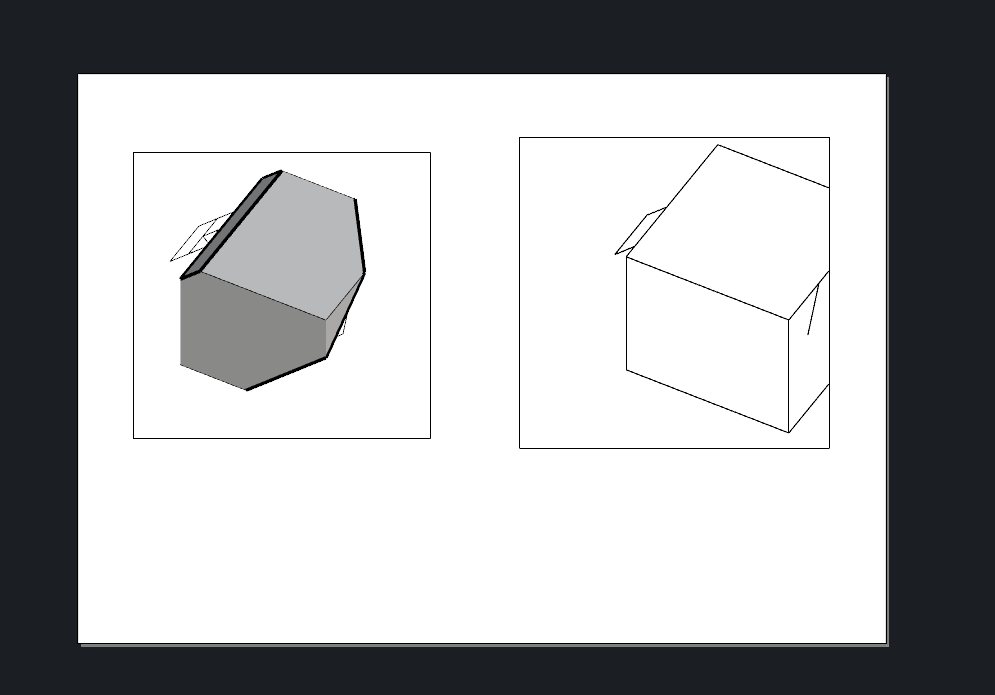 Or please let me know if it would be better to just abandon HiddenLineDrawing.Compute method altogether and just script -Make2D command instead

Well, you should try the Make2d command first. It is written in C# and calls the same APIs that are available to you. So if it works and your code does not, then there is something missing from your implementation.

Thanks, I’ve ended up using Make2D command and it seems to perform better than HiddenLineDrawing.Compute() (linked blocks and clipping planes all worked out fine).

However, even after updating to the latest .Net platform and removing a lot of plugins (Vray and other third parties) crashes still occur

If you could please look at them it would be really helpful. Hopefully, they explain what may be causing Make2D to crash.
Updated-BatchMake2D.py (3.6 KB)

Can you provide me a way to repeat this crash?

I’d also like to see the output of the SystemInfo command, as many of crashes indicate memory allocation and releasing are involved.

Rhino should crash at some point while processing the script. Sometimes it required two three tries, sometimes it was on almost instant.

I am able to reproduce the crash in the Rhino 8 WIP. Rhino 7 seems stable - I suggest using this version for this operation.

I have not pinned down the source of the crash. But I am suspect of .NET. Unlike Rhino 7, which uses .NET Framework 4.8, the Rhino 8 WIP uses .NET 7.

I’ll post here if I have any additional information.

Thanks for checking this. It’s good to hear that it’s reproducible. If you find out more please do update us. Due to many linked blocks moving back to Rhino 7 isnt straightforward, so hopefully some way to fix it will come up as well

Keep in mind that Rhino WIPs are “use at your own risk”. Often they are not stable or production-ready.