Pete Larsen had a vision of building a modern-day interpretation of the 1940 and 50’s streamlined mid-engine sportscar. Pete had previously designed sidecars and the prototype Ace that became the basis for a revived Morgan 3-wheeler. He wanted to do something different. It would be a 3-wheeler inspired by vintage designs such as the 1938 Auto Union Type D GP racer or the 1940 Alpha Romeo Tipo 512. The challenge was to capture the vintage aerodynamic form needed to wrap a modern liquid-cooled, 1800 cc six cylinders set low and behind the cockpit in a compact package. 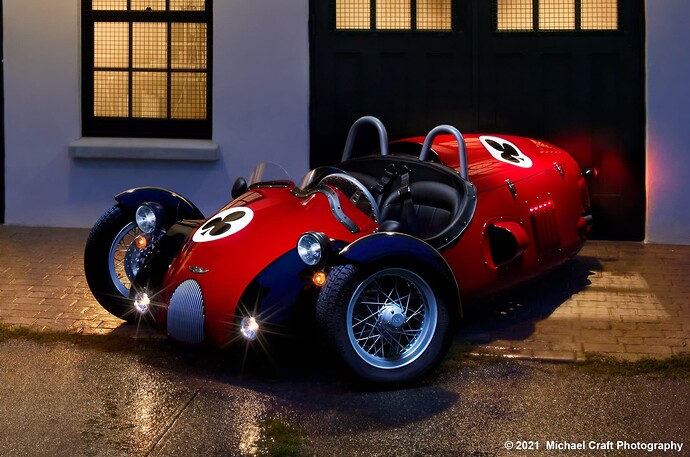 After years of persistent effort, the thrill of a low center of gravity, lightweight and modern sportscar became reality in the new Liberty Ace Cycle-Car.

Developing form to fit a vision

When the frame and suspension had been designed and a prototype ready to be assembled, it was time to develop the bodywork design. To work out some ideas, he made a small clay model.

Then Pete teamed up with Pascal Golay of McNeel & Associates, to develop a full CAD model that could be molded in fiberglass.

Pascal first laid out the main surfaces. Then, using screenshots and mark-ups with Pete, he worked to refine the gesture and proportions of the surfaces. Pascal adjusted the surfaces by nudging points and watching everything update. Pascal states, “It took a lot of fine tuning of reflections and transitions to bring out the subtle form of Pete’s vision. Critical to the process was the command history included in MatchSrf and VariableFilletSrf.”

Zebra and Curvature analysis were Pascal’s display modes when working out the transition of the fender to the nose. The grill shape was found by projecting a simple curve across the nose from the side of the model, then watching how the projected grill shape changed as both the body surface and simple curve were edited.

Both Pete and Pascal explored several iterations for the radiator louvers. Eventually, they decided that scoops for the intakes and louvers for the exhaust would be used. Pascal recalls, “The first intake scoops were side-specific and turned out to be a little too small for efficient cooling. Larger scoops, which also used a single mounting on both sides, this solved both cooling and fabrication complexity.”

Another area of concern was the two 3D printed windshield mounting strips—particularly the more complex one on the driver’s side. The bottom of the strips needed to be slightly hollowed out so that when screwed down, the front and back edges could have good contact even if the location varied.

“We were not confident that an exact match of the strips on the cowl would survive the fabrication and assembly process and end up exactly where I modeled them—even a slight variation would destroy the fit and make the mounting unstable.”

Fabrication, it all comes together

Once the body form was set, it was ‘cut up’ into pieces and required details added for fabrication. Ultimately four main parts were created—the single part front of the cockpit and three rear pieces. Two rear parts were joined at the tail to create a seamless rear body. Parts were radiused all around and flanged for the mold-making process. Pascal used a test version of the Silhouette command to find where to cut the beads at the required draft angle to allow for removal from the molding process. 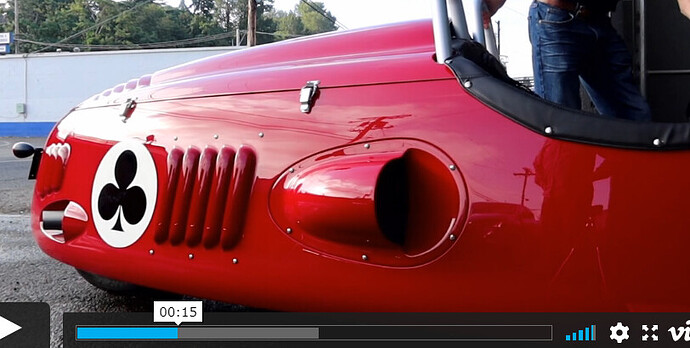 “One challenge was to make sure the shutline around the top panel—between it and the sides—was visually constant through the large changes in angle. We spent a lot of time refining that feature. We were quite happy how it turned out.”

Because of the limited production numbers on such a project, a good amount of 3D printing was also used. Along with the windshield strips, the grill, brass badge on the nose, and the steering wheel hub/club logo are 3D printed.

As a final check before investing in any fabrication, Pascal used Rhino 7’s built-in render engine to create photorealistic renderings of the new vehicle. The results were images that accurately reflect the actual automobile. 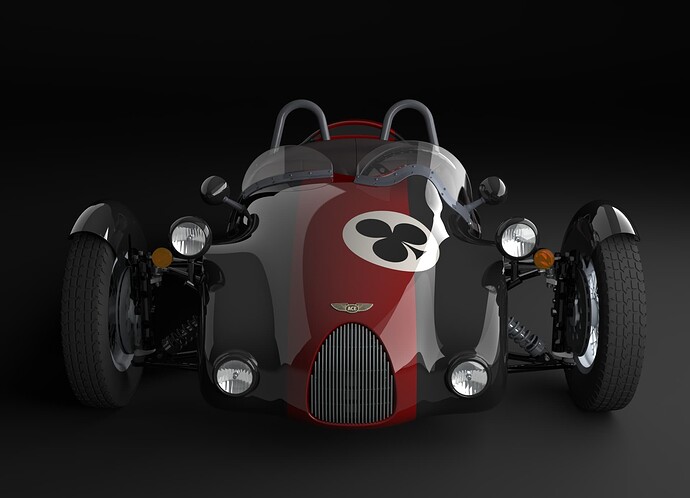 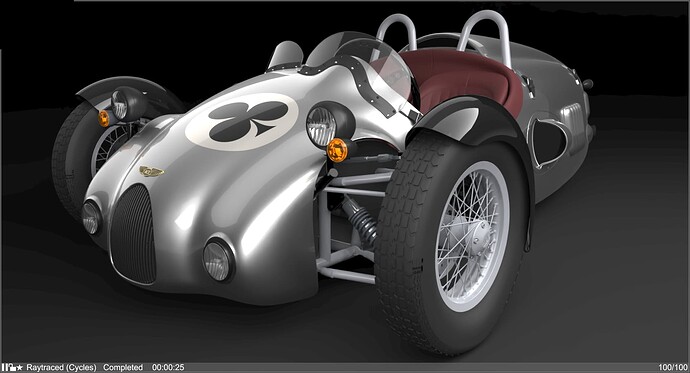 Pete’s vision of a fun sportscar that recalls the adventure of formula car designs of the 40s and 50s became a reality with Ace Liberty Cycle-Car. The positive reviews of the driving experience, looks, and engineering of this new Ace were all that Pete could hope for. The car is currently in limited production for those that would like a unique driving experience.

Thanks for sharing, always nice to see projects involving so much passion!

@pascal did you get to drive it already?

Hi Willem- I have driven it a few times - not, so far ‘in anger’, but briskly enough to have some fun, even with my limited skills. It is a treat. The weather is warming up here so a bit more practice may be in order…

I love this kind of written story, along with pictures between the text explaining the different stages of development and the work required to achieve it!

Sounds so inspiring and it’s great that several of you guys teamed up together and put passion into that cute retro 3-wheeler.

Thanks, it is a fun project.

I notice you also have some great work in your portfolio. There must be some interesting stories there too.

That’s right, there is always an untold story behind every project. Most of the times I try to convince my customers what’s the best approach for the design, since they usually have their own vision which is not the most optimal.

Sometimes it’s a win-win situation, other times it’s not. 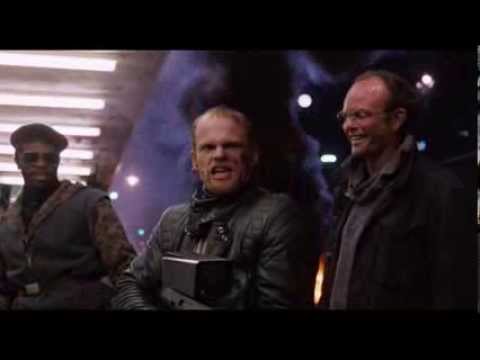