Hey, Can someone please help!!
I am looking at buying a Surface Book i7 512gb 16RAM with GPU for university. Will this be able to run rhino efficiently? Is the gpu good enough to do so? I have no clue… thanks

I have one.
It will work, but efficiently? No.
It has an unaccelerated graphics chip that has dodgy support for OpenGL.
As a primary workstation, it comes up short.
As a convenient, portable tool for occasional use, it’s great.

For the same money, you can get a lot more computer.

okay thank you. What would you say is occasional use? I would use the surface book for just projects at home and in class, then use the university desktop computers when handling more complex stuff full major works. Is it capable of that?

It’s mainly the display that will be slow on complex projects due to the graphics card. The i7 processor and 16Gb RAM will be fine for most normal modeling tasks.

There are a few other people in here running these, maybe they can comment. I find them still horribly expensive though.

for about the same dough and just slightly heavier is the Dell XPS 15 which will give you far more flexibility and work great with rhino and flamingo. The surface book was a disappointing piece of kit for anything beyond word documents, excel work, and so forth. Without the graphics support for any kind of serious work. Plus the cpu is a low wattage I7 that does not approach the capability of the xps 15. I don’t work for Dell but tried one out and it met more than my expectations. I’ve ordered one for my travel use. I could probably design a complete boat easily during a trans Pacific flight on the Dell. Cheers, Rob

I am also curious if the Surface Book can run Rhino without obvious issues.

Despite being expensive, has anyone used the Surface Book and experienced problems with practical performance?

I second the xps15.
I had a surface pro 3; plagued with issues, awesome functionality, but the weight/balance is WRONG.
Borrowed a surface book from a colluege; better, but still no good for mobile desk topping (rather than genuine LAPtopping).
I do miss the lap-pad abilities of the 2-in-1 but can’t justify the significantly compromised functionality in all other use cases…

I’ve been trying out Rhino 5 on the Surface Book (I7, 16GB) and haven’t had any obvious problems so far, though I haven’t tried rendering - I use Maxwell and haven’t installed it yet.

My previous laptop was a Thinkpad W500 workstation which had a deeper screen than most (1600 x 1200) and the even deeper screen on the Surface was its main attraction as a replacement - it makes using four viewports more practical. An opportunity to buy one at a lot less than the list price was another!

I will still do most modelling on a workstation with twin 24" screens but I find the Surface Book is proving a good carry around option.

I have been using that model SurfaceBook for a few months now and find it very productive with Rhino. Switching to tablet mode to pass around the conference table is great for presentations. I have found that even without serious graphics acceleration, the multi touch tablet allows for very satisfying stakeholder interaction. I would not recommend tablet mode for ANY design work tho.

Yes, it is expensive but worth it IMHO.

Hi John. Could you recommend a current lightweight laptop that will handle rhino?

Hi
Sorry, no. I reported my experience and impressions of the Surface Pro and
based on your requirements, It’s not a good choice for you.
Someone else here on the discussion forum will need to chime in if they are
happy with their laptop.

I use an older Acer Aspire R7-572g and am happy. The -g version came with a dedicated GeForce GT 750M. Might be worth to look into current models.

Lightweight generally means small and small screens are bad to work with. So you probably need to compromise there.

The only time I ran into trouble with a large Rhino file did not depend on hardware specs. Even my 4.5GHz, dual graphics-card rig had framerates below 4 FPs with this thing.

I’m waiting for the new Surface book with i7/16G/dGPU.
Seems like a good choice, if the battery would run
enough so that you don’t need to carry a charger around.
Some laptops just always needs a charger making it
heavy to carry anyway…
But, a bit expensive tho…

Hi everyone!
I had been using a desktop workstation with my personal Surface Pro 2 at work, until my company decided to buy a new Surface for commercial use. After some research on CAD usage, we decided to eleminate the workstation and we have bought a Surface Book i7 with 16GB RAM and 512GB SSD.
Well, using the clipboard and pen to quickly screenshot the viewport and drawing on it is awesome! If you need the Surface Book for using Photoshop or Sketchbook Pro along with Rhino, then it is more viable and practical than carrying a laptop plus an iPad Pro or any version of Surface Pro. If you are going to use it for CAD works, then prefer a gaming laptop or a business class ultrabook with a good GPU.
For serious CAD usage, small screen is not very practical. You need an external display which will not probably match with the Surface’s pixel density because of the Windows’ DPI settings.

By the way, I came across a weird info on Options window today. 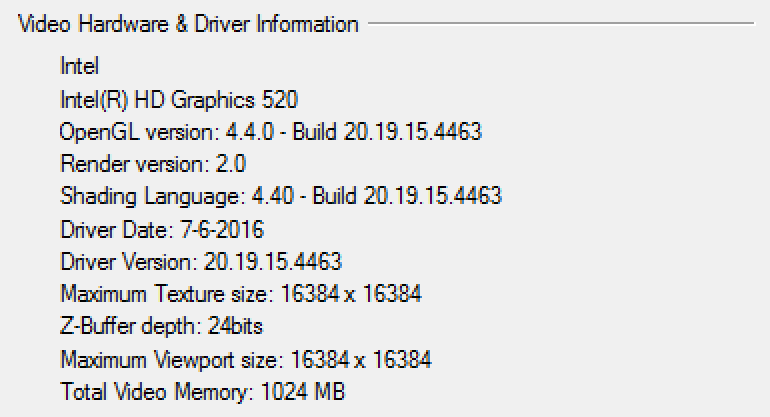 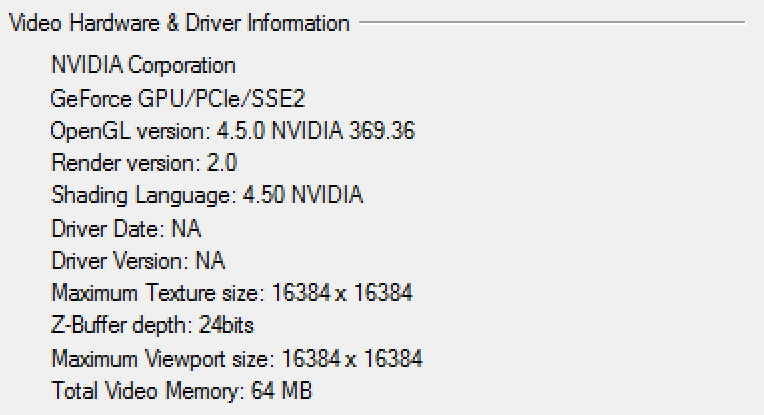 Surprise: NVIDIA claims that it has 64MB of Total Video Memory.

Rhino is set to use NVIDIA GPU in NVIDIA Control Panel. I don’t know what I can do else. Is there a setting for it?

i know this is an old thread…

is anyone running rhino 6 on Surface Book 2 15"? @John_Brock

Everything runs smoothly until i initiate drawing, then the cursor starts lagging. I know nvidia is having issues with surface book 2 OEM drivers. They released a hotfix but it doesn’t solve the cursor lag when drawing.

I have a Surface Pro 4 with mouse and keyboard I use for tech support from home.
It’s advantage is it is small and light. It is not fast. Because it uses the Intel Iris 540, is works OK for smallish files.
I would never recommend one of these for production work.
One of the newer Surface Books with the nVidia GeForce would most likely be better, but I do not have one.
I never use the Surface Pro 4 without the keyboard, and rarely without the mouse.

thanks for the reponse @John_Brock…i’m using the SB2 with nvidia card. everything seems to be working fine until i start drawing ie evey a simply polyline is sluggish and lags. copying and moving items is slow and tedious.

do you think its a DPI scaling issue or the OEM drivers. I’ve been tracking this issue down with McNeel, Microsoft & Nvidia.

Hi Danny, I have one of these. Not my main laptop but use it a lot of in Rhino. I have not seen any lag, and I didn’t notice issues when drawing new curves or polylines.

Let me know if you want me to eat anything else.