Hello everyone, I’ve been following the tensegrity topic on grasshopper 3d, and I’ve a couple Kangaroo definitions that use lines/spring that connects cables with struts, but for some reason I’m was not successful in creating this shape (tensegrity dome) 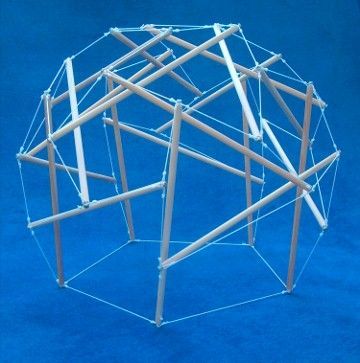 I do not want to generate the form using grasshopper, I only want to follow this method in creating the structure as the youtube video shows starting from timeframe 1:05

instead, i’m thinking about just making the mesh and then fixing the lower members to achieve a dome shape.

here is the grasshopper definition that I’ve been using, where in the rhino files, the green layer represents the cables and the default layer represents the struts. blue marks only show the location of where each tip of a strut connects to a cable of another strut.
test 1.3dm (130.0 KB)
struts and cables code.gh (12.8 KB)

Thank you, your help is very appreciated.

Here’s a simple example of how to simulate a simple tensegrity system in Kangaroo 2:
tensegrity_K2.gh (7.1 KB)

This only does the relaxation - You’ll still need to draw the geometry first.

I think the main reason your simulation before wasn’t working though is that it didn’t have enough cables - see how in the video you posted each strut end is connected to 3 cables.

Thank you for your attention, for some reason, the simulation won’t run, no errors given but nothing happens for this simple geometry, I used your previous code that was made for kangaroo 1.0 a while ago and it worked, as for this one I’m not sure what I’m doing wrong, at this point, I think it would be better if I just build the pavilion physically, since I’ve been trying for over a month now to model it for safety, clearly grasshopper is not for me. 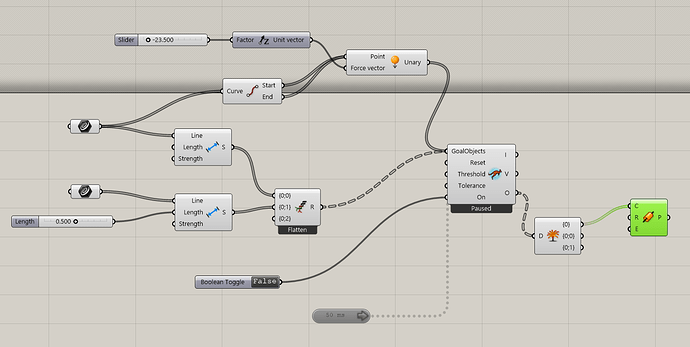 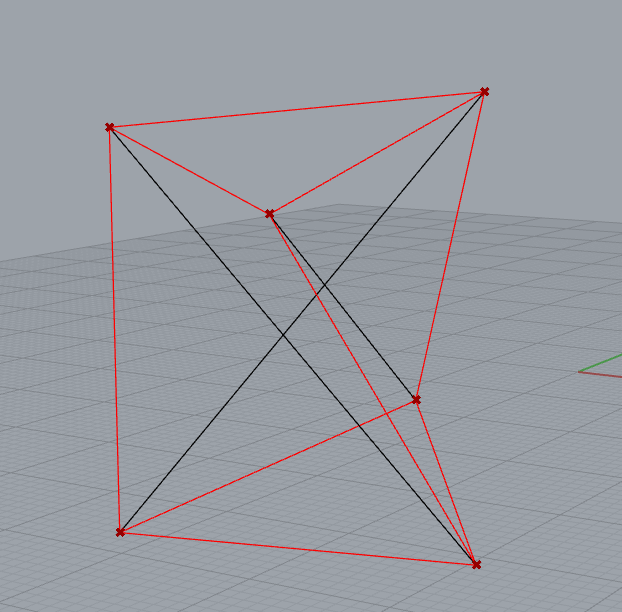 You weren’t far off. Here’s a file with a few fixes.
The main thing was that you had gravity applied, but no floor, so it was just falling down off the screen.

The new Kangaroo doesn’t need any timer attached - you just have the button to restart it and a toggle to turn it on or off.

For a tensegrity system you want all the cables to be in tension, but in the form finding stage need to find a combination of tension values that holds it in shape, without collapsing to a bundle. A simple way to do this can be to draw approximately what you want before relaxing, then set the cable target lengths to their start lengths multiplied by some factor less than 1.
I also added a ‘grab’ component, so you can drag the points in Rhino when it is running. 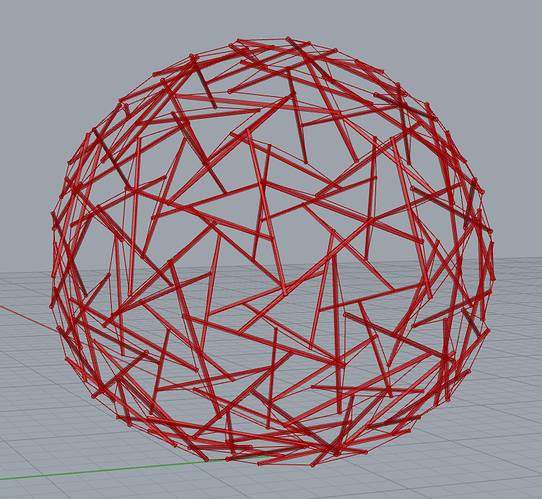 sphere.PNG771×710 290 KB
Hi daniel, after 2 months of trying, I finally did it! a self supporting tensegrity sphere! Thank you!

I only have a follow up question, when the sphere hits the ground, is there a way to make it bounce off the floor instead of just settle in place? and by that I mean to bounce back over and over again in a harmonic motion like in real life physics.