Is there any suggestion for me to put the pattern on this circular cone?

Hi,I tried to use “project” to reply the pattern on the circular cone , but it didn’t work. On the other hand, after" smashing" the circular cone, the flat shape got overlap…Because it will be sent to CNC machine to cut, how can I deal with the problem.

Any suggestion to make it happen I’ll be so appreciated!!!
object.3dm (1.3 MB)

Hi Hsiuwen,
I hope this is what you are looking for.
A cone, projected curves, unwraped surfaces and curves.

Another way to approach this is to create a single surface dome and use the command CreateUVCrv and then FlowAlongSrf. The drawback is you’ll have to translate the texture/shapes to a rectangular pattern.

The CreateUVCrv will also extract the surface curves which are already on the surface of the dome, this means that you can begin be simply projecting the shapes you have onto the dome, then extracting the curves onto a rectangular surface to begin. By amending the shape in 2D and reapplying is using the FlowAlongSrf command with History enabled you can quickly work out how it should look.

Once you have the shape you want on a single surface dome you can then install http://www.food4rhino.com/project/panelingtools?etx and divide the surface into panels as you had it previously.

Using either the Project or Pull command you can approximate the design and tidy up any mismatched edges.

Hello ED77
Wow!!! The outcome is exactly what I want! Could I ask for the 3dm. file please? On the other hand, is there any tip for me to project the pattern successfully to the cone, or The steps of how you made it?

I’m so impressed by what you posted. Thank you very much, I saw hope in my life again now.

Attached is an example of how you can use UnrollSrf to create the pattern you need. In this instance I created a sphere and spit it in two. From that I used the Contour command and then from there I drew a curve from the quadrant of each circle to create the profile I then used to Revolve the shape.

Make sure it’s flat faces or it won’t work. Use the Project command with the outlines you had previously. 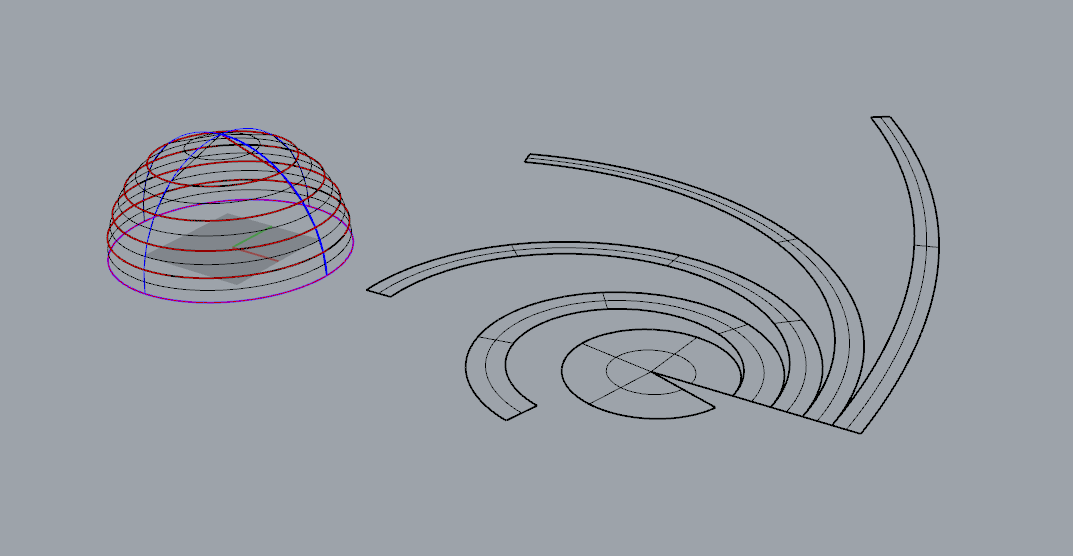 Hi 2DCube
Perfect!! I’ll work on knowing how to use the contour commend!!! And figure out how to project the outlines! I’ll keep it posted next week!!!

Hello Hsiuwen,
here is the file. I hope that helps.

Hi, ED77
I’m so happy to receive from you. I tried to project a missed curve on the cone. It worked at the first time I did it. Then I tried to delete the pattern you’ve project on before. It worked as well. However, when I want to make the pattern precisely match to the edge of the cone.The project command began to missed the selected the objects. It turned out to miss it every time afterward, so did the curve projection. What’s the problem is it? I can’t figure it out. The step of I did the project command is select the missed curve I want to project on the cone -> click enter-> then select the cone -> missed the selected objects ><||| No~~~~ 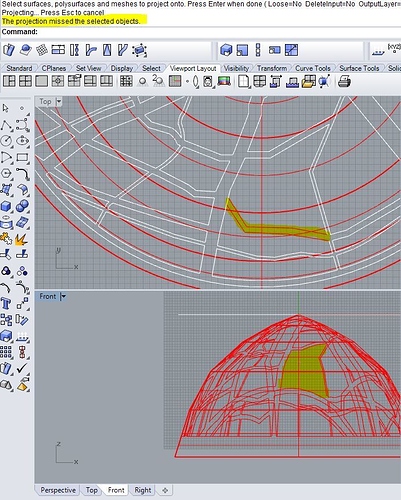 Hi, Andy
Thank you for your excellent guidance. I followed your guidance to try all the commands out in the file I attached. It’s pretty interesting. There are some questions I don’t understand.

I wonder “Make sure it’s flat faces or it won’t work” refers to project command or revolve part. I had a hard time to project the pattern on the “outlines.” (Could you clarify “outlines” refers to the cone or pattern?) Could you please show me how to do it? I’m so appreciated for your help and efforts to simplify my questions. 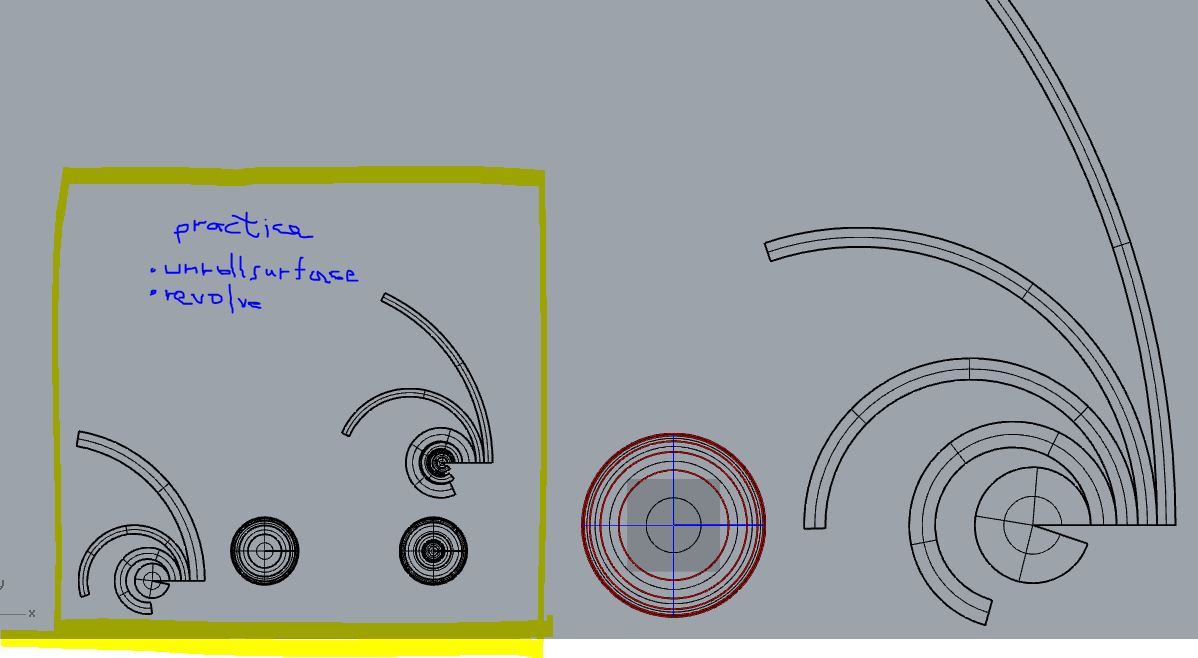 Hi Hsiuwen,
here is a “new” file with a new cone. The pattern matches the edge of the cone. I am sorry I never had the “missed selected objects” problem.
ED77
object.3dm (3.5 MB)

I think the difference between what you’re doing and what ED77 is doing is which viewport you’re using and the CPlane?

Once you have that sorted either go to the top view or make the perspective view CPlane World Top and then run the Project command. 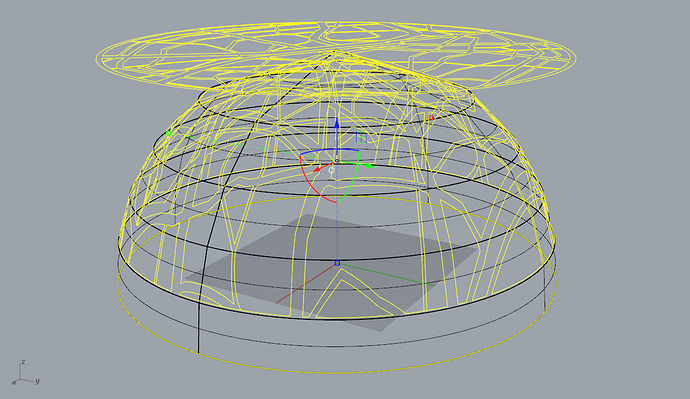 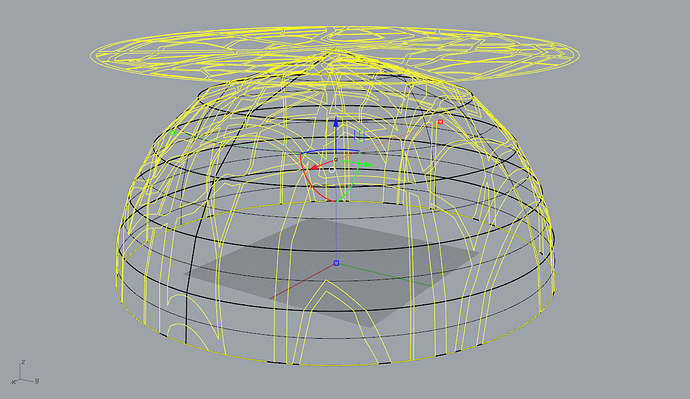 Hi, Andy!
I’m soooo happy that I made it by your quidance. I knew why I failed before is because I chose the pattern in the top view and then I clicked the polysurface in the Front view instead doing all steps in the top view. I’m so grateful for your patience!!

There is new thing I’m trying, but something got wrong. I tried to use “trim command” to cut the polysurface, but it doesn’t work well. I wonder if I use the wrong way to do it. Do you think there is better way to do it? 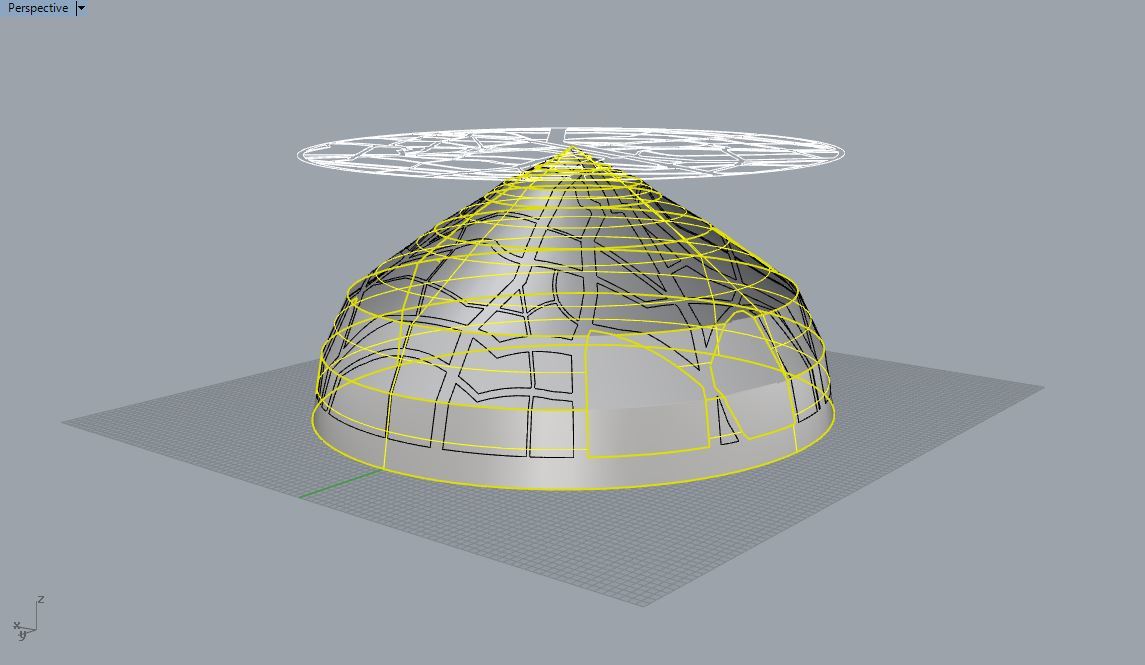 After I cut the polysurface,I failed to the unrollsrf command as the pic I attached. 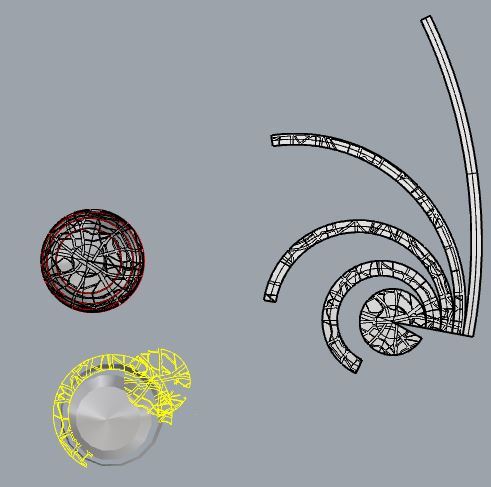 I was also trying to use “split command” to cut the polysurface but it failed. Why is this happened? 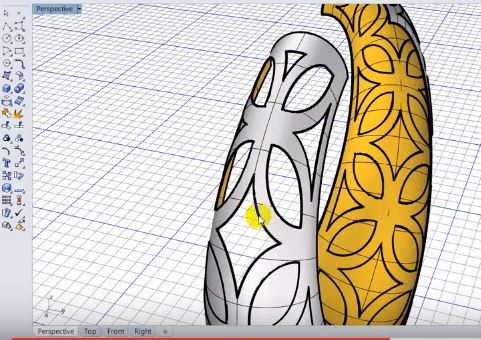 Hi ED77
I’m so thankful for your help!!! I found out why I missed selected objects already. It’s because I didn’t use the project command in the same view.

When you work with projections and curves derived from 3D geometry you’ll see that they are often control point heavy.

If you can, rebuild curves in some instances to make the cut neater. But that isn’t necessary (but it will help if later on you want to make these things as prints or CNC etc)

Type in Sel and see what commands come up… SelDup - SelClosedCrv and polysurfaces, meshes etc etc… That will highlight things that might have errors or where curves appear to be joined/closed but upon closer inspection (zooming in) are actually overlapping or have microloops and errors.