How to wrap/repeat a small object around a much larger object with compound curves?

Hello. Please see two reference images. I am trying to get the small heart object (in purple) to repeat into making horizontal bands around the larger human heart model, creating a sort of mosaic that becomes a 3d “skin”. The end result is that I don’t need the human heart model itself, it only serves as a pattern for the smaller purple hearts to, eventually, be fabricated in steel over the organic surface.

Also, I imported the human heart model as an existing file from another creator. It won’t let me ungroup it, and if I try to explode it Rhino warns me that my computer will not handle it.

Any suggestions on both issues?

Thanks for any assistance! 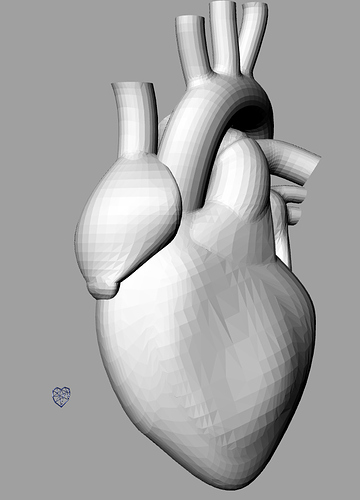 can you illustrate how such bands would look like? if you want the entire surface to be covered with the hearts and that they shall touch each other and create a full grid and you dont want to rebuild it to a nurbs surface you might need grasshopper, if so i would change the category that you will rather get help then.

rhino itself has besides paneling tools (all command starting with pt) which would require rebuilding the heart to nurbs also commands like flow which let you flow objects along a curve which you can also extract from the mesh. or FlowAlongSrf if you get to rebuild it as nurbs and squish the surface since you would need a base surface. using nurbs you can also use ArraySrf so there are quite some options, either way a better understanding how it shall look like would be helpful.

for the second issue, rhino quickly spits out such messages, but to me it does not look overly complicated if we are talking about the 2nd image which displays the entire heart here. you can simply split parts off rather than exploding the entire object if it does not work out.

Thanks for the reply Richard. Here is an example of the band of hearts. It looks like a chain.

I was able to reduce the polygons on the mesh from 19,000+ to about 800! You can see the result in the attached image. I also extracted (and patched) part of the larger human heart model.

I don’t have grasshopper and don’t have the time to learn it. Aside from recreating the larger human heart model into NURBS, do you have any other suggestions? I simple can’t figure a way to wrap the smaller blue heart chains around the larger heart form (other than individually, which will take way too long for my upcoming deadline.) 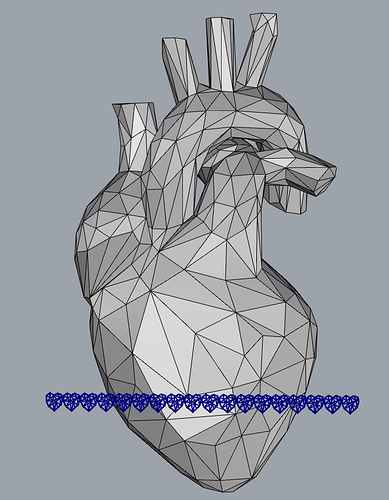 Can you join files ?

I don’t understand… can you please clarify?

Tried to upload the 3dm file three times with no success. Any tips?

I was interested how to solve this and i think Array along curve is good one , maybe it’s not so quick method as grasshopper but you can do this way quickly as possible. 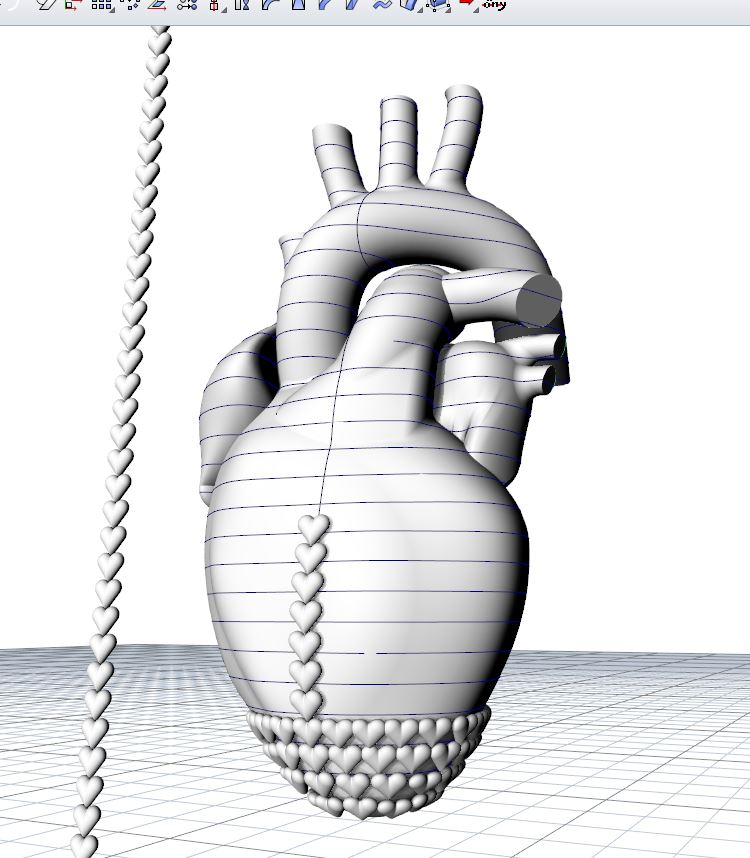 Wow. That looks great! The array idea is great, but how did you convert the polygon surfaces of the large heart to the horizontal (and, most importantly, the middle vertical) surface curves? This is fundamental to making the smaller hearts work. Thank you.

That heart its Nurbs model i found on net but the little one i made it self easy boolean sphere’s.The horizontal and vertical curves are simple straight lines Projected curve on surface.

Cool. Can you please attach the NURBS model you found of the larger heart?

Thanks so much! I really appreciate it. So for the lines, did you create them two-dimensionally, spacing them as you need them, and then use the Project command???

As you was on meshes, i requested your files To make a test with Zbrush Nanomesh, result is not perfect and need more work but it’s done in few minutes.

Oh wow…that’s fantastic. That really looks good! I gave up on mine - too many hours with no luck. Any chance you’re willing to share the file? Will it work in Rhino…DXF or CAD file?

I attach the file, it’s only meshes exported/imported as OBJ.