How single line engraving fonts display in the TextObject command 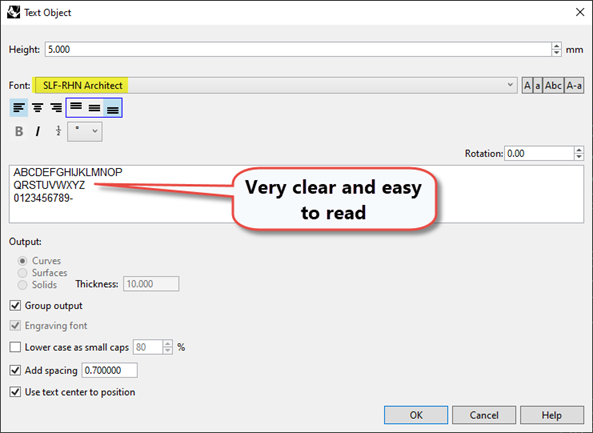 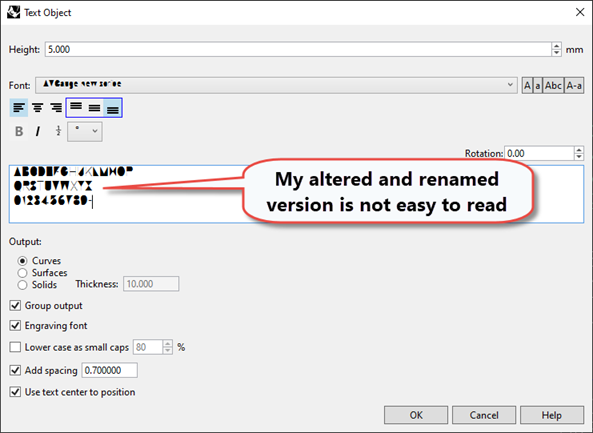 Any suggestions would be appreciated.

Rhino keeps details of McNeel acknowledged single line fonts, so that may be a factor. Otherwise it may be that fontforge messes with line direction when editing your font. If you temporarily rename the working font and apply its name to your edited version you should find out which problem you have. From memory, it was @stevebaer who told me about the Rhino sigle line font table, if not he’ll likely know who the McNeel font guru is…

I did as you suggested even before making the original post. As soon as I rename the original font it displays wonky in the TextObject command. Interestingly, I have some Delcam single line engraving fonts that also displays the same. I’m curious as to how McNeel stopped the SLF-RHN Architect font from displaying like that too.

I dug out the original thread I remembered. This is Steve’s post: Font and Single Line Font Requests - #6 by stevebaer

Looks like this doesn’t have a simple solution. Thanks for the link.