As you can see in the .png it is not antialiasing because its not grey-scale pixels, those are completely black(0,0,0).
Antialiasing is disabled in both RH5 and RH6, as I want it to be.

( I can’t work properly with AA on, I’ll lose a lot of useful details. In fact i think AA for cad is just dumb… but more generally, AA is a smoothing that fakes the shapes, i prefer to see original clean and sharp shapes. )

In RH5 wireframe mode render curves/edges/grid flawlessly with AA off.

EDIT: i didn’t explain well what happen in the .gif. Other than that “dirty” curves rendering, the axes and the grid line at 0 (horizontal to view) change it thickness ±1 pixel, its not an error of the .gif, sometimes it really go 2x (the axys) or disappear (the grid).

EDIT 2: also the “Make 2D” form/window have all elements blurred out as the “Focus Blur” shown in the .gif . 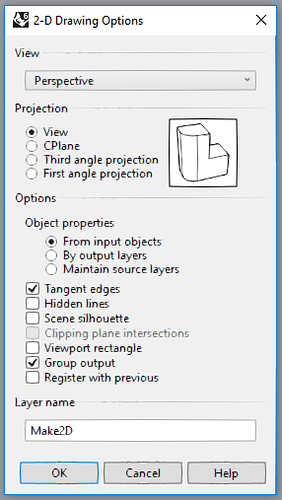 The problem is only for horizontal lines. It’s like the pixel are not rendered 1:1 but something like 1:1.001 .
RH5 is fine in this matter too.

Edit 4: it happens in both, horizontal and vertical lines (just horizontal for the selection window tough).
Here i’m just zooming out:

Orthogonal lines should never be 2pixel wide…
(I tried and, even with AA on the effect is washed away somehow, but still visible)

The fastest way to see if the problem i’m having occur is to see if a circle is “clean” or not.

Sorry for the spam, I hope it helps.

Up? Any hope?
In wireframe mode i can set windows pipeline instead of openGL and that fix the problem, but i cant set the same for all the other modes.

At every update i hope it’s fixed, working with AA on make everything blurred, feels like… “imprecision” everywhere. And even AA can’t hide the problem, actually it make it randomly worse for orthogonal lines:

Any news for this?

Hello - it looks like the bug report above is ‘in progress’ currently.

This should be fixed in the SR8 release candidate that we released yesterday.

It is still there, also I don’t see RH-46636 mentioned in that Serengeti post.

I take the opportunity to explain once more “what” and “why”.
(I don’t want to be pedant, I just want to be sure the situation is clear… RH6 is lovely perfect already)

Blue are 2 identical curves overlapped.
Black is a curve overlapped with a rebuilt version (500 points!)

In rhino 5 you can easly spot that: with a fast glance you can understand blue is “ok” but black are 2 (or more) non-identical curve overlapping, because of the “dirty” pixel width of the black curve.

In rhino 6 you can’t do that, both (blue and black) curves appears to be “dirty” all the time.
Even lines! 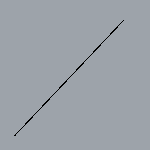 Hi Riccardo,
I was focused on purely vertical and horizontal lines as those need to get special cased to land exactly on pixel centers to look their best. I’ll check out the other cases that you mention in your most recent post.

I’ve tested that .exe in 3 different machines and I had the same results:
No change.

Single straight line, top view, AA off, testWireThicknessScale=1, (GPU tessellation on/off is the same to me)

Changing “testWireThicknessScale” doesn’t do any good, curves start to being disjoined, pixels missing.
Below 1 works only if GPU tessellation is ON, otherwise any value do the same as 1…

I was playing around and…
I’ve “found” this:

(you can see differences in thickness even here in the 45° tilted square :\ … )
Each pixel should turn “on” only when the curve touch the internal dual square of the pixel itself.

Probably this “rendering” is a completely different stuff from a low level openGL rendering… it’s insanely heavy for just a curve…
This is just to see how i think it should be the final appearance (like in rhino 5).

RH-46636 is fixed in the latest Service Release Candidate

Did you refer to this release or another incoming? 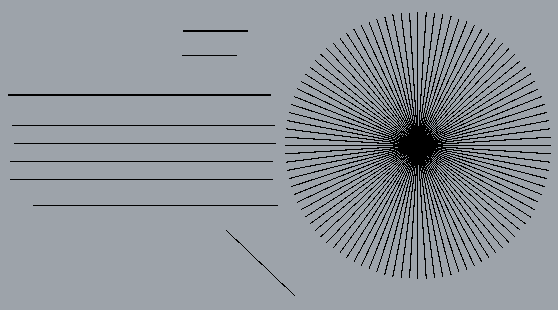 still “dirty”; every orthogonal line can randomly be rendered wider while zooming (or moving/scaling the curve), or it is always wider if you just draw it.

With TestLineSmoothing disabled orthogonal lines are ok … but inclined lines and curves are still “dirty”.

… Can you guys replicate this or it is just me?

Are you testing with GPU tessellation off ? Also make sure that all of the lines are a single pixel. I was hoping to see something different, but it doesn’t look like this is helping your situation

Yes, GPU tessellation is off.

make sure that all of the lines are a single pixel.

…make sure? Sorry I don’t get you here, I’m not completely fail-proof in english.
They are not.

GPU tesselation is always off in my machines (but I have yet to find any difference between on and off)
Antialiasing always off (0x , or better “None”).
testWireThicknessScale=1 always.

it probably the same what I was complaining about in February…

Hello, I just downloaded the latest R6 trial version and I have to say I am a little suprised to find the line quality in wireframe mode is still bad (please see attached pic) [R5toR6-Wireframe%20lines] I already reported this in dec. but got no real feedback from the dev. I do not find this acceptable for a released product. is there any plan to fix this in short term? best regards Andreas

just too gave it a try with the latest r6 release → line quality still very ugly, much worse than r5 (no gpu tessalation, no AA)

please fix this, it is a step backward…

please fix this, it is a step backward…

That has always been what I’ve been attempting to do. The underlying technique to how wires are drawn is completely different in V6 than in V5 (and really has to be different).