Distributing different objects along a curve?

Having trouble finding a starting place, I thought maybe about assigning each slice to a Point On Curve but that won’t allow for any Freeform rotation.

I’d like to spread these slices out along the curve, then manually modify the curve and find a composition I like. Figured I’d start with an even distribute but if I can make Point On Curve work with rotation, that might give me a little more freedom and variability. 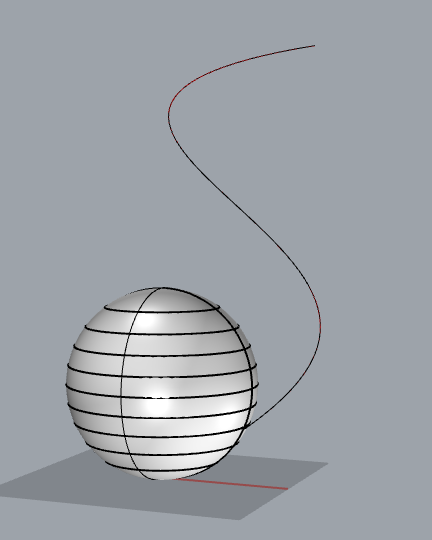 This sort of works but I’m not getting even distribution. Trying to get to a point where I can make several variations of photo below. I realize my curve isn’t exactly right for that but neither is the script. 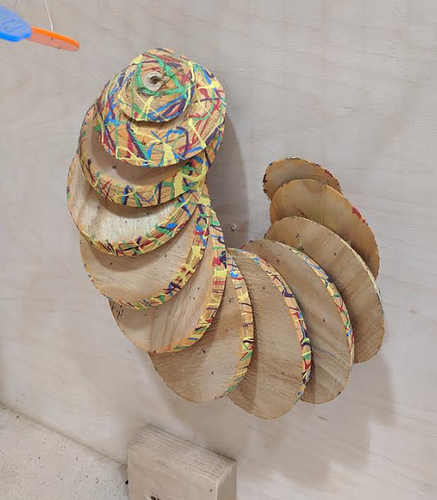 Have a try Contour , Contour(ex) or Divide Distance.

Thanks, that’s the direction I needed. Added in grasshopper curve, getting pretty close.

Do you know how I made add a spacer/offset between the slices and play with tilting?

EDIT: Figured out the spacing, working on tilt/direction.

No this aggressive mind you, but a Freeform rotation like this ArrayCrv.

Should I be looking more toward an Orient or Rotate component? The point below the curve, 0,0,0 could function as a tilt direction and I found a definition that aligned fence posts toward a single point but that was 2D. 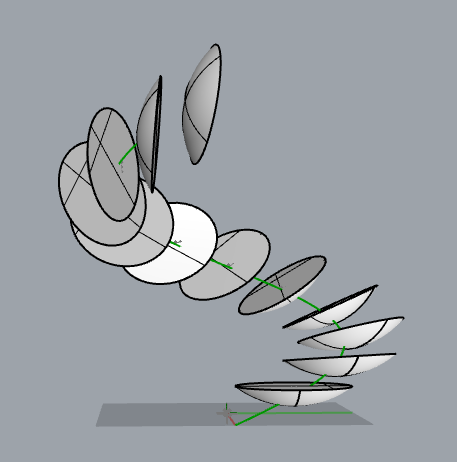