Degree of Curves: Is there any good tutorials?

I’ve been trying to understand better about degree of curves in general.

The points being used to draw the curve minus 1 equals to degree, but
when selecting to draw a curve with degree of 3, but have more points than 4,
using curvaturegraph the curvature is discontinued at the third point
yet the whole curve description is degree 3.

I was expecting to be curvature discontinuous up to 4th point then in the 5th point
the curvature is calculated from point 2~ point 5.(if 5 points were used to draw the curve.)

If there’s any good tutorials to better understand degree/curvature of curve and perhaps degree of surfaces please post a link! or can someone explain it?

david summed it up pretty nice in one sentence nothing to add, only that you can combat discontinuity quite well with the command fair, sometimes hitting it a few times of course. 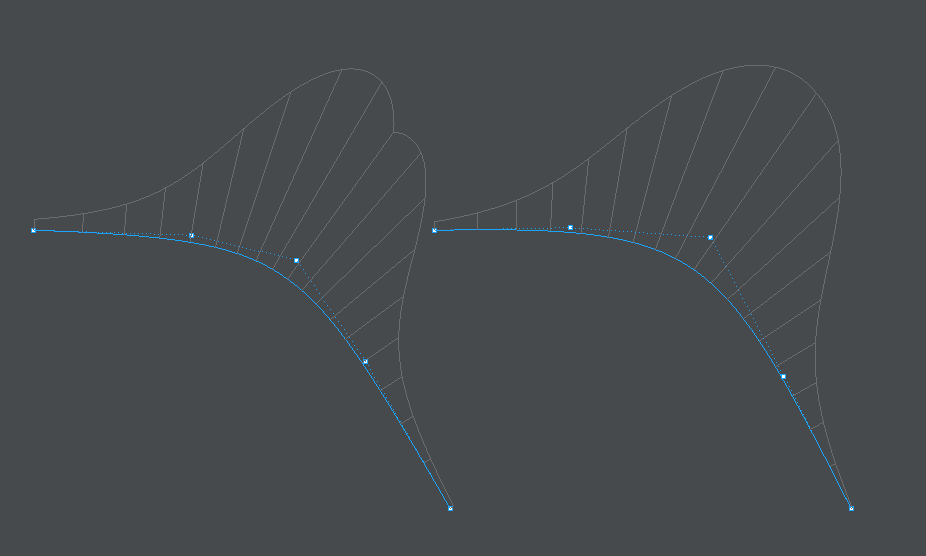 This is a good reference too:
http://www.rhino3d.com/nurbs

do you have any idea how i can switch to english? the page seems to autodetect my system language and i have no chance reading it in english.

@RIL Thank you. The drawing helps in understanding better.

@John_Brock Thank you for the link.
I need to go through it couple of times…
May come back to you for some questions later…

@davidcockey For the curves of deg3 drawn with
6control points, is it so that where the discontinuity of the curve is, so kink of the rate of change in curvature, is where two curves are connected at a tangent?
In that case, is the curve after that kink a deg2 curve as it is drawn using 3 control points?

@RichardZ In the screenshot attached,
does the curve on the right still have a difference in the rate of curvature or is it slightly off if you zoom in?
I’ve yet to try the fair command…

A degree 2 curve has continuous tangency unless control points are stacked on top of each other. Two or more control points stacked may result in a discontinuity in tangency.

Seems I need to go study curve point, curve edit point, span, and knots and their relations.
And after that, pros and cons for different degrees and their practical uses.

Thank you again, I might need to come back to this post later.
For now I’ll use keywords to search and find some materials.

Years ago, there was a really good beginning tutorial from one of the marine designers, that started with an introduction to NURBS curves that described all of this very well.

Sadly, I have lost track of it.

Gerard wrote this one that has some great information: Rapid_Hull_Modeling_in_Rhinoceros.pdf (308.7 KB)

That’s the one; Rapid Hull Modeling.

@Toshiaki_Takano
This is the one I was remembering:

@scottd @John_Brock
Thank you both!
I’ll have a look through it. Thanks again!

for my rhino university basic courses i use the attached pdf to explain curve degree, single-span and multi-span curves, because it has simple explanations and good illustrations. i downloaded it some years ago from pivot.no.
hope, it helps.
rhino_basics.pdf (2.5 MB)

You can see the explain instructions in vimeo.com…
… Rhino3D tutorials chanel.
(Curves curvature and tang.)

@brt1
Thanks for the material. It’s a good summary.

In that case, is the curve after that kink a deg2 curve as it is drawn using 3 control points?

A good understanding of the relationship between a multipoint (piecewise) degree 3 B-spline to the more basic 4 point degree 3 spline can be had by ConvertToBeziers command. See how the new CPs relate to the originals control cage. 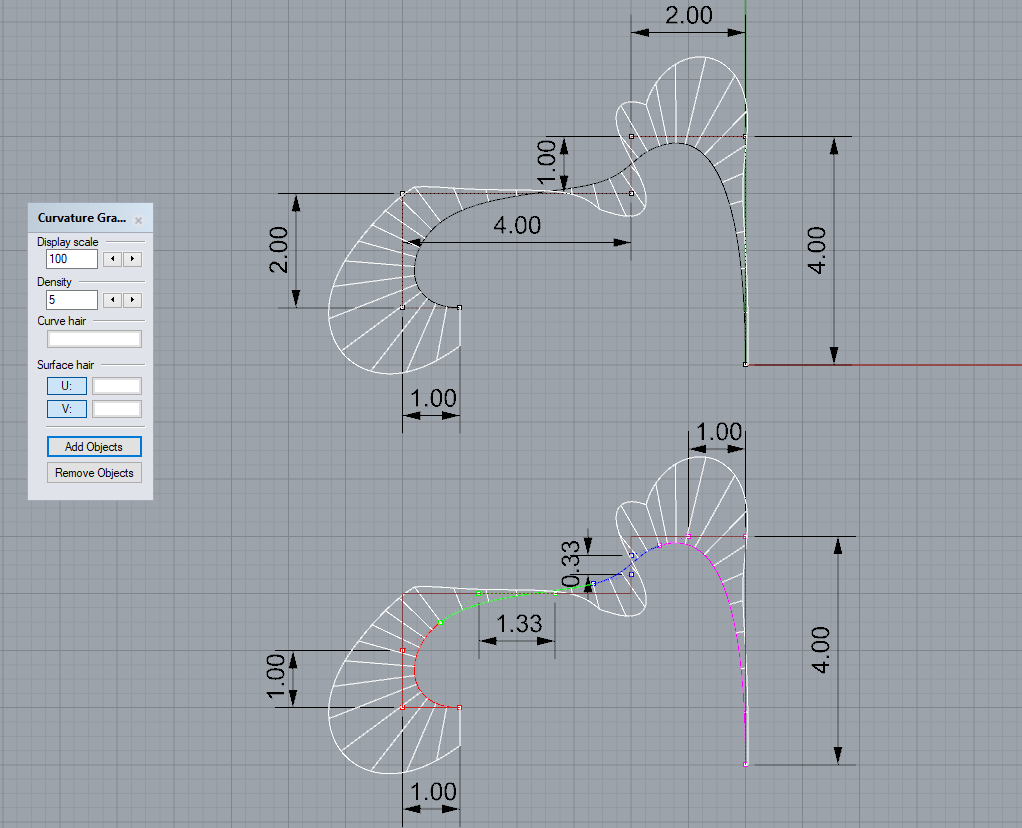 you can find many good foundational explanations with nicely explanatory images here and here.

Although this is from Autodesk Alias Automotive, many concepts apply to Rhino as well, being a NURBS based surface modelling software. We use both Alias and Rhino, with a good dose of SolidWorks in the menu ; )

@Lagom
Thanks for the link! Great stuff.
Is SolidWorks was a little cheaper I’d like to give it a try…