I found this in a search, it’s a little relevant in explaining my goal. That is, going from figure A to figure H, using either a polygonal or curved shape. I know someone has done something like this already, there are probably several discussions on it here and/or the old grasshopper forums but I can’t find anything, I perhaps don’t know the right terminology.

Has anyone seen something like this or have an idea on where to begin?

Just wanted to give a heads-up that the paper isn’t available anymore. I’ve been reading just about every topic related to the spiraling and it almost always gets mentioned. However, the famous paper has disappeared.

Would anyone have a backup of it somewhere?

Was it this one? 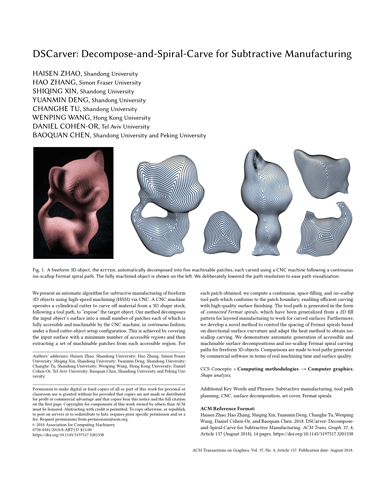 PDF | We present an automatic algorithm for subtractive manufacturing of freeform 3D objects using high-speed machining (HSM) via CNC. A CNC machine... | Find, read and cite all the research you need on ResearchGate

I wasn’t aware of the 2nd paper, thankyou for that. I attempted this a few years ago, but stalled out on integrating the nodes together.

Thanks for sharing! Very interesting reads.

How do I make this mini heat sync in grasshopper? Grasshopper

What about creating the squared spiral walls in Rhino? I didn’t find a tool in Rhino to draw such a sketch [Untitled] . Please pay attention to its accurate dimensions. Thank you in advance

I wanted to give a try to a method to spiralize a convex polygon, I already did this some time ago on this discussion

[quiling2] Here a rendered of 3d geometry replicating work from Entagma “PROCEDURAL MODELING: QUILLING 06.11.2017 by Moritz” Primary image of Kingfisher from https://pixabay.com/p-2046453/?no_redirect Points for Voronoi diagram are generated using Kangaroo Circle Packing based on Image from Daniel Piker Voronoi cells are then smoothened and spiral are done like in Houdini Video Paper is thickened via a script I did in order to go fast, it thicken a polyline and extrude it to a mesh. Ren…

The algorithm use Clipper for the offset, the departure of the spiral depends on a point
There is 2 types of spiral, the stepped one 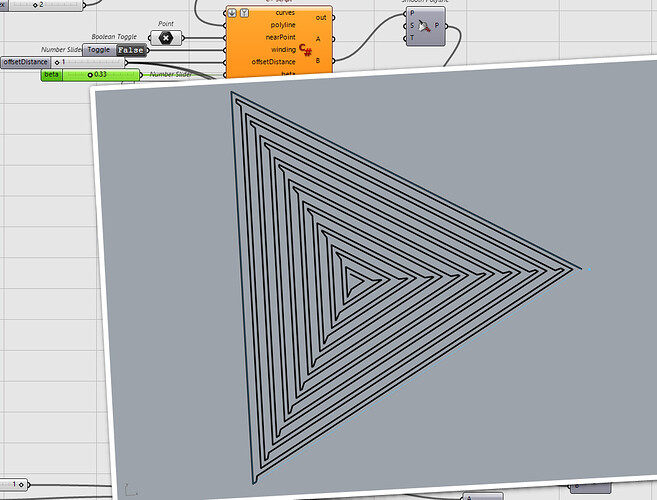 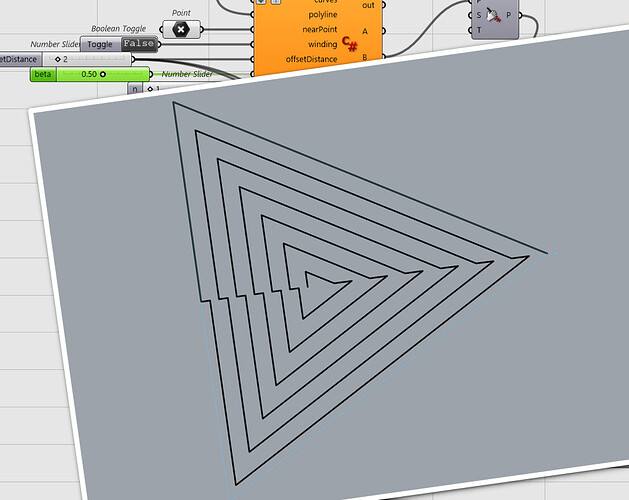 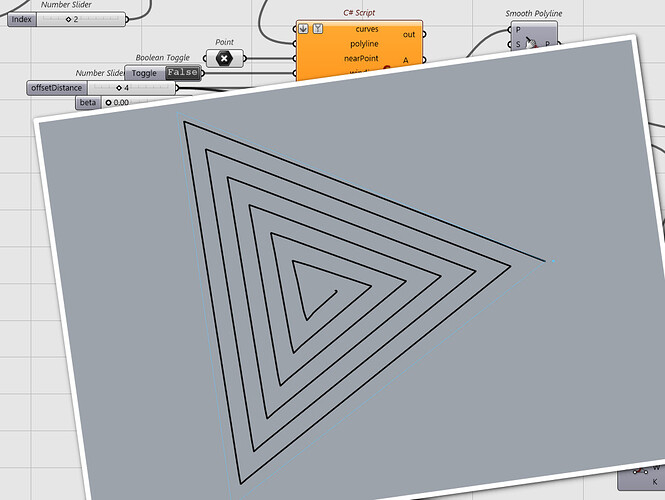 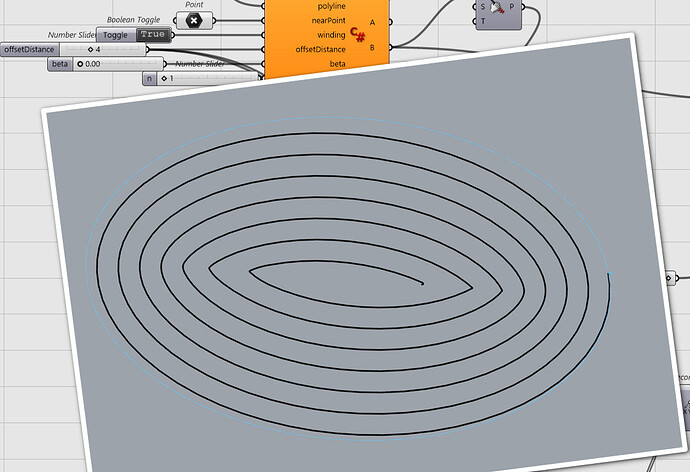